Biodiversity and biotechnological characterization of bacteria of the Adriatic Sea 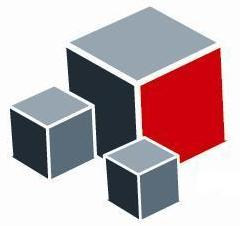 Oceans are very complex ecosystem in which microorganisms play an important role in biogeochemical processes and in the cycling of matter. In the marine ecosystem all groups of microorganisms, including viruses, autotrophic and heterotrophic prokaryotes (bacteria and cyanobacteria), and autotrophic and heterotrophic eukaryotes are present. Bacteria and viruses represent the largest microbial group. In order to determine the role of bacteria in marine biogeochemistry is essential the knowledge of their taxonomy and their temporal and spatial distribution. Classical microbiology methods (cultivation on nutrient media), gave us generally some insight into the real image in this complex system. In the past 20 years, molecular microbiology, particularly culture independent methods and epifluorescence microscopy, in many ways has helped clarify their role. Many new species continue to be described and unexpected physiological and biochemical properties is determined. The increasing availability of complete genome and sequences of different marine bacteria species and new technologies for global analysis of the genome, proteome, transcriptome open new possibilities in the study of complex systems such as the sea. The Adriatic Sea is one of the best preserved of biological reserves in the Mediterranean, but still its undiscovered his microbial diversity. During the proposed project we will determine the temporal and spatial distribution of bacteria in the Adriatic Sea and their role in geochemical processes. On the other hand we want to study the genetic basis of adaptive differences. To achieve this aim will apply new technologies such as metagenomics and metatranscriptomics. Goals are also to determine their possible biotechnological applications of isolated bacteria and create a collection that is the basis for knowledge and preservation of microbial diversity of the Adriatic Sea.