Recently documented oligotrophication of the Adriatic Sea caused by global changes opened questions how this reflects on the quality and quantity of organic matter (OM) produced by the phytoplankton and on the consequent influence on the micronutrient metals availability and cycling. Within the project, a progressive (model and in-situ) approach will be accomplished to reveal crucial alterations in the marine ecosystem. Initial investigations will imply model experiments on the interaction of selected OM (polysaccharides, lipids, polymeric organic matter containing N catalytic atoms) with micronutrient metals (Fe, Co, Cu, Zn and Cd). Additionally, phytoplankton monoculture incubation under various growth conditions (nutrient concentrations and temperature variations) will be included in order to comprehend multiple impacts on the phytoplankton OM production and micronutrients metals distribution. Model experiments will be followed by in-situ investigations at the selected oligotrophic and eutrophic areas of the Adriatic Sea. This will give holistic informations on the natural marine biochemical cycles and linkage between OM and micronutrient metals. In-situ investigations will be focused on the seasonal variations of the OM and micronutrient appearance and concentrations in combination with physico-chemical parameters (temperature, salinity, pH, O2), and dissolved and particulate organic carbon content, surface-active organic substances and macronutrients (PO4, NO3, NO2, NH4). These investigations will be conducted by intercomparable and multimethodological approaches using various chromatographic to electrochemical techniques. Finally, taking into account all obtained results an important part of the natural marine ecosystem processes will be characterized in the prospective of climate changes. 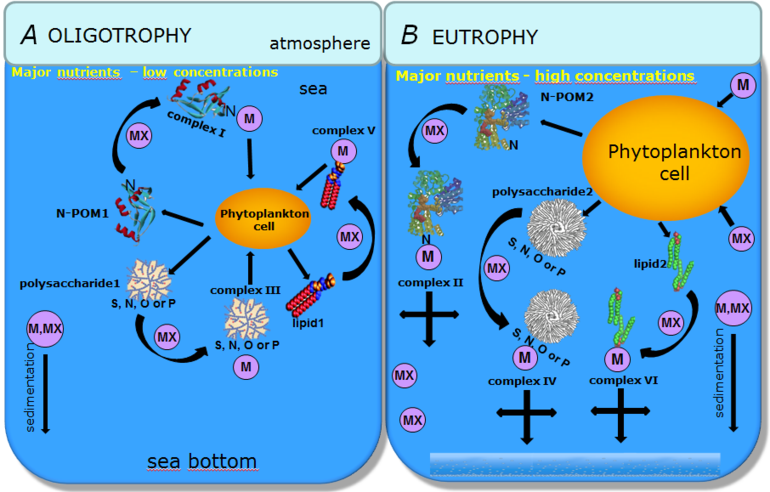 Simplified schematic of assumed interactions between micronutrient metals (M=Fe, Cu, Co, Zn, Cd) and organic molecules (lipids, acidic polysaccharides and N-POM) released from phytoplankton in conditions of (A) oligotrophy and (B) eutrophy. Biological processes drive production of OM and speciation of micronutrient metals:

19.09.2016 workshop held at the Ruđer Bošković Institute. The program of the workshop is given in the enclosed brochure. 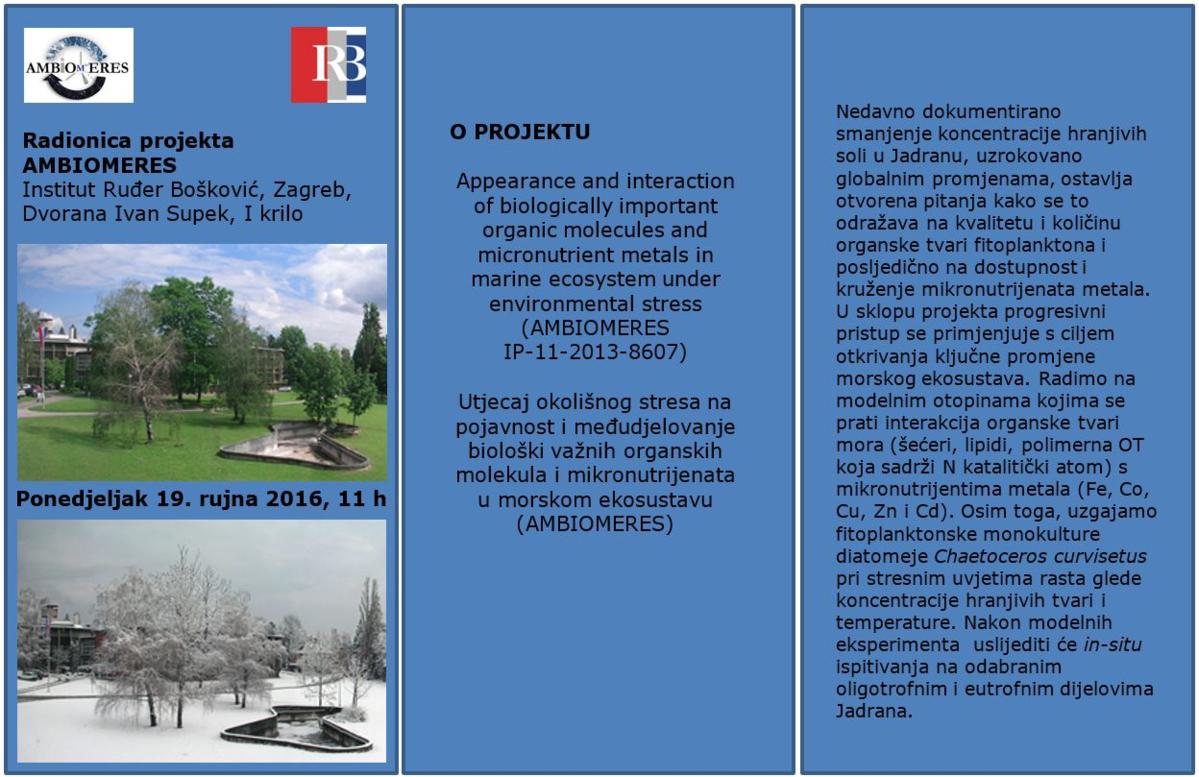 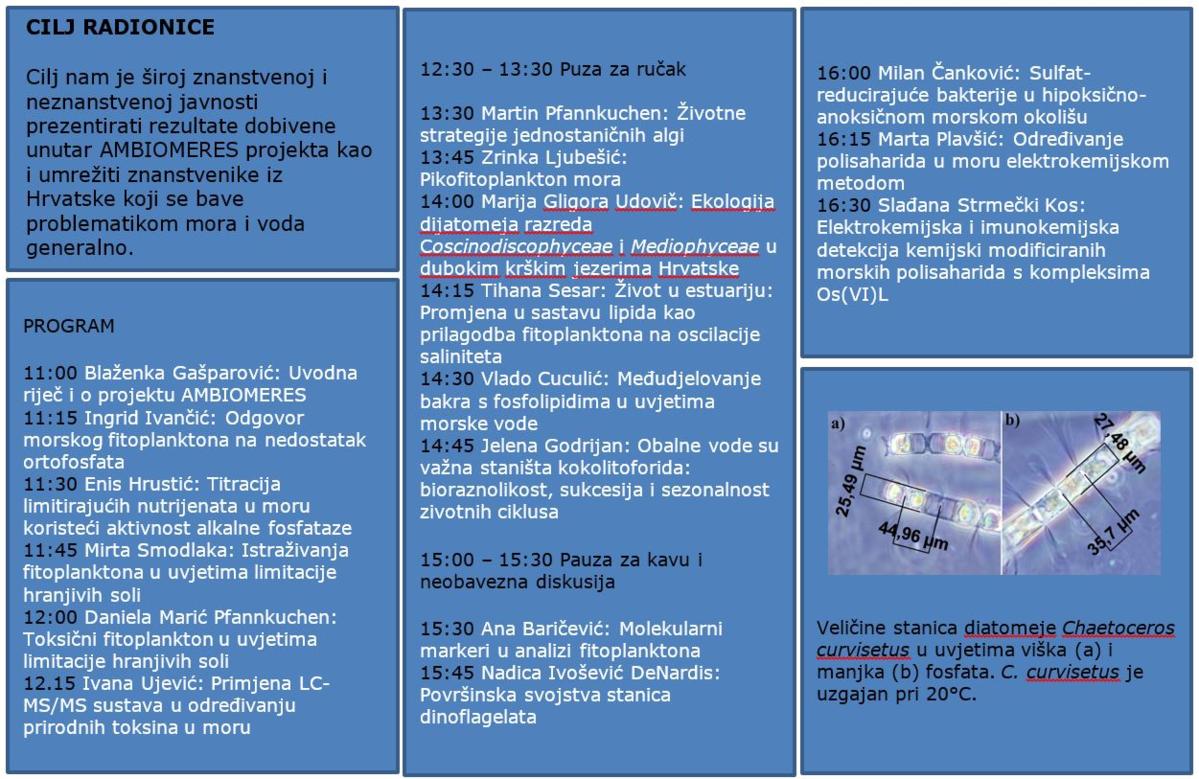 Members of the project AMBIOMERES are participating in the following COST Actions: