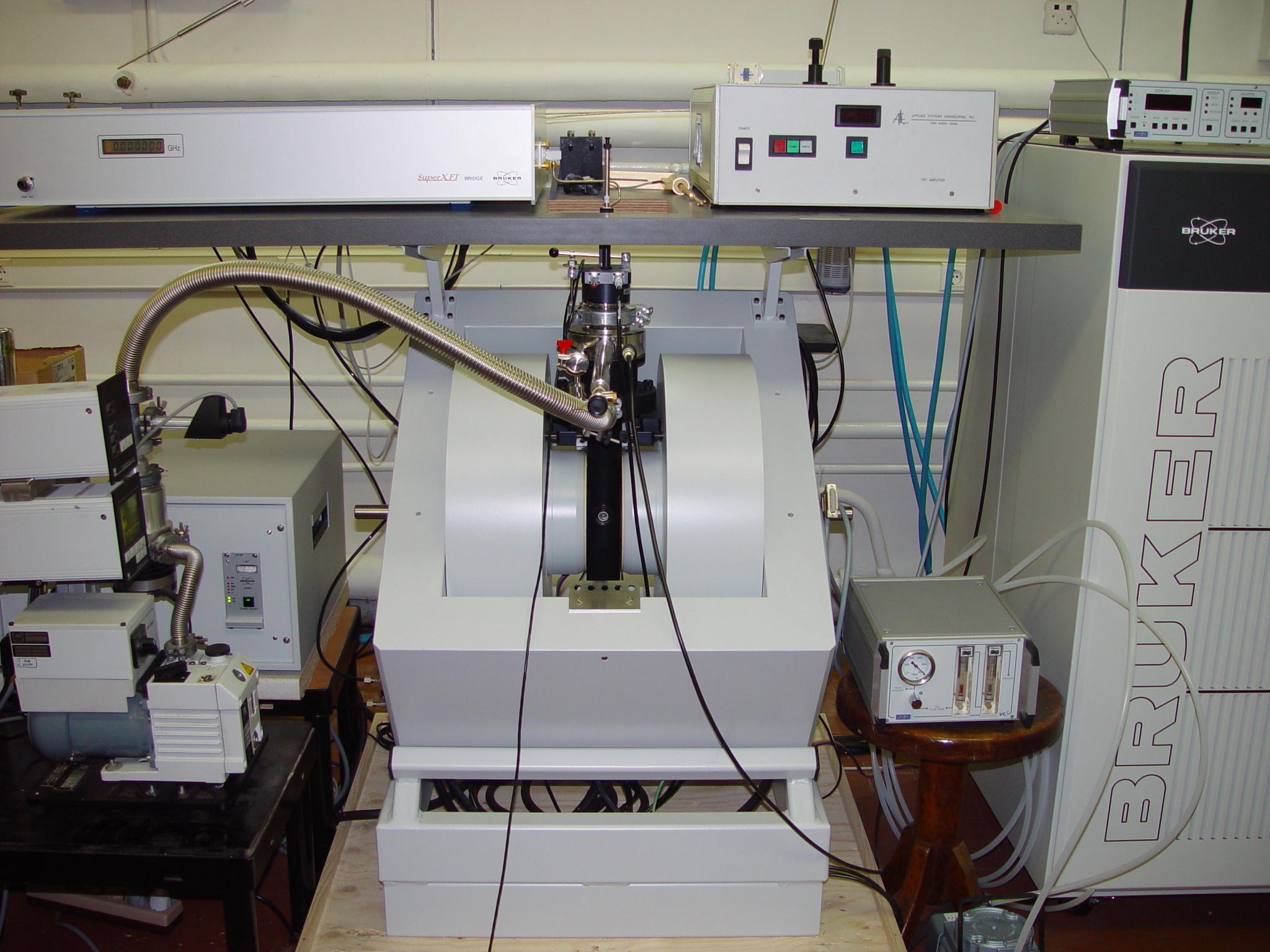 Systems containing paramagnetic centers will be investigated ranging from rather simple molecular crystals like alanine, KDP ferroelectrics and molecular magnets to complex supramolecular assemblies like polymers, lipoproteins or liposomes. Electron spin/paramagnetic resonance (ESR/EPR) methods belong to the small class of the methods which offer the appropriate approach for studying this type of complex systems. They can be applied in the research of different types of paramagnetic defects in molecular structures and provide an insight into the dynamics of the paramagnetic center and related atomic and molecular groups in the respective environment. Paramagnetic defects in organic crystals of biologically relevant molecules will be used to study local dynamics of various groups containing hydrogen atoms (methyl, amino etc.) for which it is assumed to have crucial impact on characteristic properties of the observed material. Since in these systems the appearance of hydrogen bonding is very important, the proposed investigation contributes to the basic understanding of the hydrogen bonds in general. In hydrogen-bonded ferroelectrics, the detailed investigation of the microscopic origin for the phase transition from ferroelectric to paraelectric state will be performed. The fluctuations of the local spin states in molecular magnets in supraparamagnetic phase will be studied along with the molecular metal clusters which might exhibit molecular magnet properties. In the research of other complex systems the spin probes will be used as paramagnetic reporter groups. The self-organization of gelator molecules deduced from spectral properties will give an insight into the complex boundary conditions in the gel structure. The research of the order-disorder transformation in the liquid and the liquid confined in the gelator network will be performed by analysing the relaxation phenomena of the probe. In addition, the dynamics of probes in copolymers will be addressed as a function of molecular configuration and the ratio of the respective monomeric components. Physico-chemical properties of the interactions of the pharmacologically important biomolecules (amino acids, peptides and glyco-peptides) with liposomes will be studied by ESR methods. ESR spectra of the spin labeled peptides incorporated in phospholipid vesicles (or dendrimers) will be used to learn about conformational properties of their interactions with liposomes (and/or dendrimers). http://zprojekti.mzos.hr/page.aspx?pid=96&lid=2