Unravelling the complexity of microbial dynamics in invaded seagrass meadows 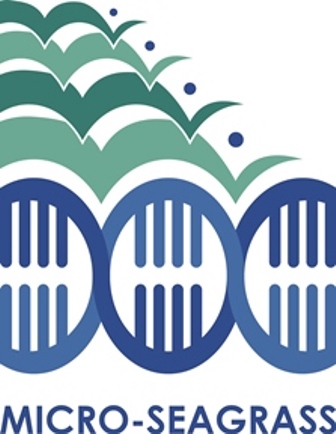 Seagrasses are among the most valuable biological systems on Earth. They serve as feeding and nursery habitat for many species; their root and rhizome systems bind and stabilize bottom sediments while leaves baffle currents and improve water quality. Among numerous well documented threats to seagrasses that include nutrient loading, sediment runoff, physical disturbance, disease, commercial ﬁshing practices, aquaculture, overgrazing, algal blooms, and global climate change, less-well understood threat comes from the introduction of invasive species. The recent introduction into the Adriatic Sea of the invasive macroalgae, Caulerpa cylindracea (Sonder), able to enter into competition with native seagrasses is one of the major concerns. The impacts of C. cylindracea on seagrass performance can have a widespread cascading effect on ecosystem function and ecosystem services provision. The role of microorganisms and their complex interactions with seagrass, especially in invaded meadows, is poorly understood. The proposed project will deliver unprecedented insights into the structure and diversity of epiphytic and benthic microbial communities in the meadows of Cymodocea nodosa (Ucria) Ascherson and its C. cylindracea invaded meadows. High sampling frequencies will enable in-depth analysis of epiphytic and benthic microbial community seasonal dynamics. By comparison of epiphytic and benthic microbial communities of C. nodosa in non-invaded and invaded meadows, the impact of C. cylindracea on microbial structure, diversity and dynamics will be evaluated. A combination of metagenomic with metaproteomic approach will provide insight into potential and realized microbial metabolic pathways determining the function of microorganisms in this valuable ecosystem. Fatty acid profiling will clarify the contribution of different basal organic matter sources to seagrass meadows. This project will give a better understanding of the role of C. cylindracea in the seagrass ecosystem, its impact on the epiphytic community structure and cover, microbial nutrient cycling in seagrass sediments and influence of the quality and availability of organic matter to higher trophic levels. Finally, the project will substantially improve the knowledge of complex microbial dynamics in invaded seagrass meadows by delivering a well-structured and temporally frequent dataset by application of next-generation molecular tools.