As the largest division of marine and environmental research in Croatia, our mission is to continue our leadership in the fundamental and applied study of environmental systems, processes and states. The goal is to contribute to optimum environmental management for the benefit of our country and the world.

The Division of Marine and Environmental Research, with 104 scientists and technicians organized in 12 laboratories and one marine station (Martinska, near the city of Šibenik), is the largest interdisciplinary RBI division. 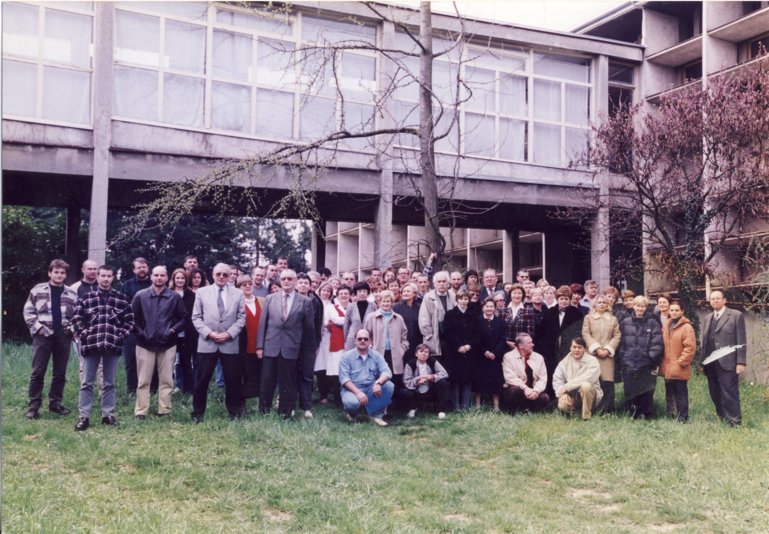 Since 1989, the DMER has acted as the National Reference Laboratory for the State Office Directorate for Water of the Ministry of Regional Development, Forestry and Water Management, and participated in the implementation of the network of Croatian accredited laboratories that analyze waste waters and natural waters.

Since 1989, the DMER has acted as the National Reference Laboratory

In 2008, the Laboratory for Radioecology was accredited according to the norm HRN EN ISO/IEC 17025:2007, the Croatian Accreditation Agency and the Decision of the State Office for Metrology, and became the National Laboratory for Radioactivity Measurements.

MSc thesis - we are looking for MSc students who would join the DPC project (dr. Popovic group) from October 2021 to July 2022.

Summer praxis-we are looking for two students (biology or chemistry) to join the project during July and August 2021. Students will learn CRISPR systems, RT-PCR, RNA isolation and western blot.

Laboratory for Aquaculture and Pathology of Aquatic Organisms

Laboratory for Analytical Chemistry and Biogeochemistry of Organic Compounds

Laboratory for inorganic environmental geochemistry and chemodynamics of nanoparticles

Laboratory for marine and atmospheric biogeochemistry

Laboratory for Biological Effects of Metals

Laboratory for Informatics and Environmental Modelling

Electroanalytical research on microcrystals and traces of dissolved substances

EMCO - Reduction of environmental and health risks, posed by Emerging Contaminants, through advanced treatment of municipal and industrial wastes

Establishing and developing of an ecotoxicology platform in Serbia and Croatia: a focus on zebrafish (Danio rerio)

Interactions of trace metal species in an aquatic environment

Multixenobiotic Resistance Mechanism as a Biomarker of Environmental Quality

Pathology of aquatic organisms in relation to pollution and aquaculture

Radiochemical methods for determination of radionuclides in water samples

Development of voltammetric methods for the characterisation of natural antioxidant