Scientists are investigating how algae cells behave under the influence of toxic heavy metal cadmium in laboratory conditions, in order to better understand how algae populations are adapted to environmental changes in aquatic systems. 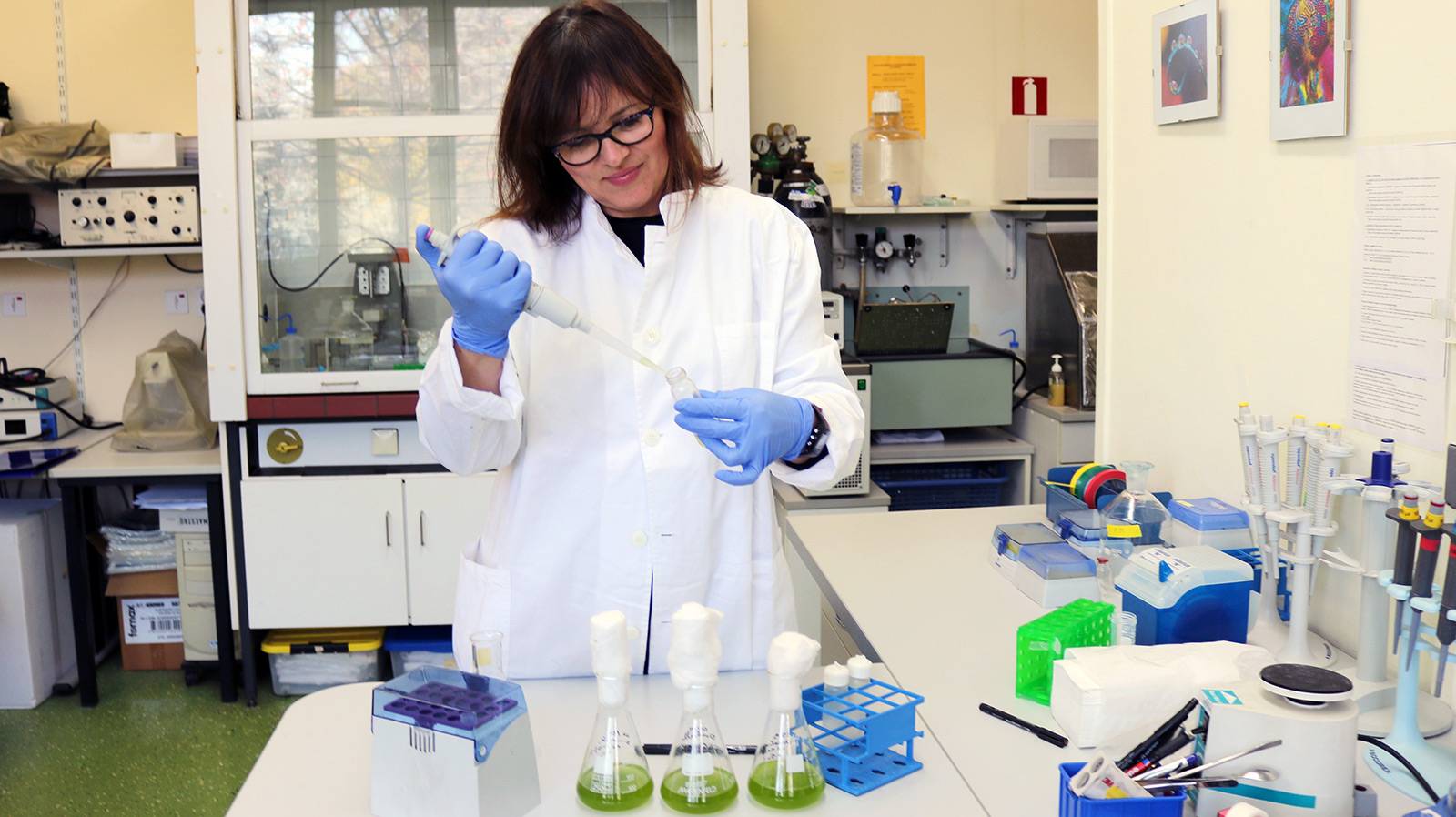 Thanks to the project funded by the International Visegrad Fund (IVF) the scientists from the Ruđer Bošković Institute (RBI) in cooperation with their colleagues from three countries in the region - Czech Republic, Hungary and Slovakia investigate the influence of toxic substances on the adaptation of algae cells in the aquatic system.

The project "Algal cell biophysical properties as markers for environmental stress in aquatic systems" is led by Dr Nadica Ivošević DeNardis from the RBI Laboratory for marine and atmospheric biogeochemistry, and it brought together an international team of scientists from the Czech Faculty of Mechanical Engineering of the Czech Technical University in Prague, Hungarian Faculty of Science and Informatics of the University of Szeged, and the Slovak Faculty of Natural Sciences of the University of Ss. Cyril and Methodius in Trnava.

The aim of the project is to examine the behaviour of algae cells under the influence of toxic heavy metal cadmium in laboratory conditions in order to better understand the strategies of sustainability and adaptability of algae populations under stress conditions in aquatic systems.

Namely, major challenges face the aquatic systems due to different human activities, which may cause substantial damage to the economy of the region (fisheries, tourism). Our common regional challenge is focused on analysing pressure in aquatic environment and requires transnational action as recognized in EU Biodiversity Strategy 2020.

Single-celled algae play a fundamental role in the aquatic ecosystem and they are very sensitive to environmental changes. In addition to their ecological roles (oxygen producers, food web), they are economically important (biofuel, human food, pharmaceutical and industrial products). Deep understanding of algal cell physicochemical response is essential to predict how the whole ecosystem may be affected by human activities.

Physicochemical and structural characterizations of single algal cell surface are of key importance to interpret, rationalize and predict the behaviour and fate of the cell under stress in vivo.

"As part of our research we were able to assess the concentration of the formation of the complex of metal-organic species and of the bioavailable, free metal that causes stress in the cell culture. The results of the study indicate that the increased concentrations of heavy metal cadmium lead to changes in the shape, mobility of cells and increased physiological activity in the culture of the algae, while the cell density didn`t change significantly. This is exactly how the cell responds as to be able to adapt - it increases its active cell surface in relation to the toxic metal present in the medium."- explains DrNadica Ivošević DeNardis.

Namely, theDunaliellacell is a naked, i.e. it has only a cell membrane, and is therefore highly sensitive to all environmental changes, which first manifests on its outer membrane. Moreover, it can survive at high salinities and high irradiance. The properties of the cell membrane are crucial for exploring the interfacial processes and transport of materials across cell membranes.

In this case, scientists have found that under the influence of increased concentration of cadmium, the algae cell responds by increased production of certain proteins associated with photosynthetic pigment chlorophyll. ''A specific response by natural cell fluorescence under the influence of increased cadmium concentration is associated with the expression of various proteins, in particular those proteins connected with photosynthetic pigment chlorophyll. This energy production and antioxidant behaviour could be a defensive cell mechanism. Also, the excessive production of these proteins in the algae can indicate the presence of toxic metals in seawater."- explains Dr Ivošević DeNardis.

This increased protein production alters the surface properties of ​​the algae cells, which is reflected in the process dynamics. "The results of the electrochemical characterization of individual cells and the kinetic interpretation of the received signals using a mathematical model have shown that the interfacial process of adhesion is slower in cells under the influence of stress, which is a consequence of the changed surface properties of cells detected at the nanometer level." – says Ivošević DeNardis.

The project is implemented in line with the EU 2020 Biodiversity Strategy and International Visegrad Fund has recognized its importance in preserving the regional biological diversity of water systems and provided financially support.

Thanks to this project, scientists had access to advanced scientific equipment and specific knowledge that was crucial for the implementation of this interdisciplinary project. In addition, the project has facilitated the exchange and training of young students and provided them with practical work experience in an international environment.