Dr. Nevenko Bilić Appointed to the National Council for Science 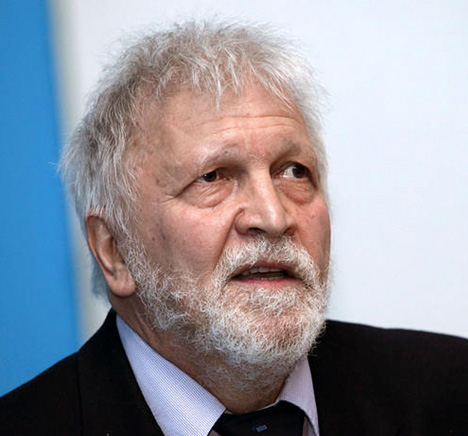 At the proposal of the Government of the Republic of Croatia, the Chairman of the Scientific Council of the Ruđer Bošković Institute (RBI),  Dr. Nevenko Bilić, has been appointed as a member of the National Council for Science, the highest professional body responsible for the development and quality of overall scientific activity and the science system in the Republic of Croatia. The decision on his appointment was made at the 24th Session of the Croatian Parliament, held on October 28, 2011.

Dr. Bilić‘s scientific interests are focused on theoretical particle physics, quantum field theory, particle astrophysics and cosmology. He has published over 80 scientific papers, 57 of which are in CC journals that have been cited over 1,350 times (SPIRES). He is a regular reviewer for the journals Phys. Lett. B, Phys. Rev. Lett., Phys. Rev. D and E, Class. Quant. Grav., Gen. Rel. Grav. and others. Dr. Bilić has participated in the organization of six international conferences and is the co-publisher of two proceedings. As an invited lecturer, he has participated in over 20 international scientific conferences. He has conducted exercises and lectures at the Faculty of Science of the University of Zagreb, University of Split, University of Hannover and University of Cape Town.

Dr. Bilić is a member of the Commission of the Natural Sciences–Field of Physics, the Group for the Evaluation of Scientific Projects for the Physics Panel, the Science Foundation of Ireland, the Croatian Physical Society, in which he served as the Head of the Scientific Section in 2000–2001, and a member of the Croatian Club of Rome. He is also the recipient of the 2010 State Award for the Natural Sciences for a significant scientific contribution to the unification of dark matter and dark energy within the framework of quartessence models.