We invite you to attend lectures by the eminent scientist Prof. Masahiro Yoshimura, Ph.D., which will begin at 2:30 p.m. on Thursday, May 31, in the Auditorium of Wing III of the RBI.

The lectures will be presented in two blocks of 45 minutes each, separated by a 15-minute break.

Prof. Yoshimura is a world-renowned expert in ceramic materials and their fabrication using soft solution processing from mother materials in solution. He has proposed novel concepts for obtaining them, such as the Polymer Complex Method, Soft Processing and Hydrothermal Carbon. He has developed an original approach to the formation of ceramic coatings on metal substrates, GIL, and recently has been involved with bio-nano materials promising the sustainable development of society.

Prof. Yoshimura is the holder of 30 patents, has published over 700 papers (of which 84 are review papers) in international scientific publications, has written 3 books independently and participated in the writing of 44 books. He has over 11,000 citations and an h-index of 53. He has been a mentor to 56 doctoral students, 16 of whom were outside of Japan, and over 70 master's students. 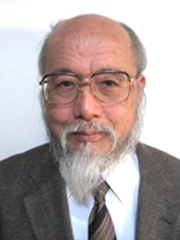