The prestigious journal ‘Reviews of Modern Physics’ has recently published a most interesting review paper on the novel theoretical proposals for quantum-enhanced measurements, which are non-standard, and thus ground-breaking, even in the academic literature on quantum metrology. One of the authors in the international team of researchers is Ugo Marzollino from the Ruđer Bošković Instute (RBI). 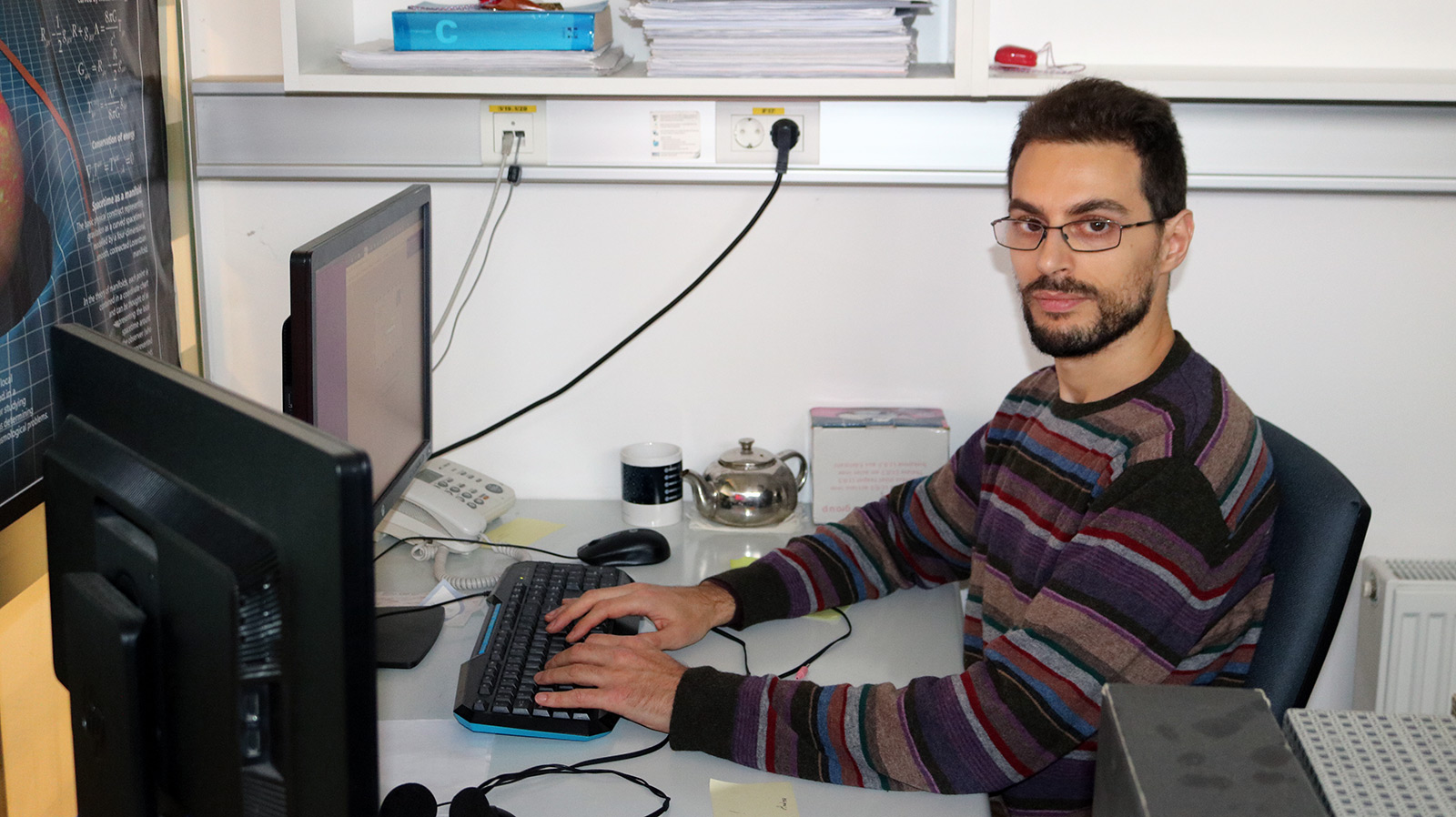 Reviews of Modern Physics (RMP) is the world’s premier physics review journal and the most highly cited Physical Review publication. Written by leading international researchers, RMP’s in-depth essays provide outstanding coverage of a topic and give context and background for current research trends.

The ability to perform measurements of several quantities with high precision is at the basis of many current technologies and technological improvements. Moreover, technologically oriented applications of quantum physics with increased performances that have been in the focus of researchers worldwide for more than 30 years now, are finally brought into the industry spotlight.

Enhanced precision measurements arising from quantum phenomena are among the first applications which were envisaged even before the scientific community started to discuss quantum technologies, and are now part of a research field known as quantum metrology.

The first detailed proposals on how to enhance the sensitivity of gravitational wave detectors using quantum effects appeared in the 1980s. These are nowadays routinely produced in many laboratories, and implemented in order to enhance sensitivity in gravitational wave observatories. Therefore, quantum-enhanced measurements have the potential of enabling many important applications, both scientific and technological.

‘’Besides gravitational wave detection, there are proposals or demonstrations for the improvement of time- or frequency-standards, navigation, remote sensing, and measurement of very small magnetic fields (with applications to medical brain- and heart-imaging), measurement of the parameters of space-time, thermometry, and many more. In our paper, we have reviewed novel theoretical proposals for quantum-enhanced measurements, which are non-standard, and thus ground-breaking, even in the academic literature of quantum metrology.’’ – explains Ugo Marzolino from the RBI. 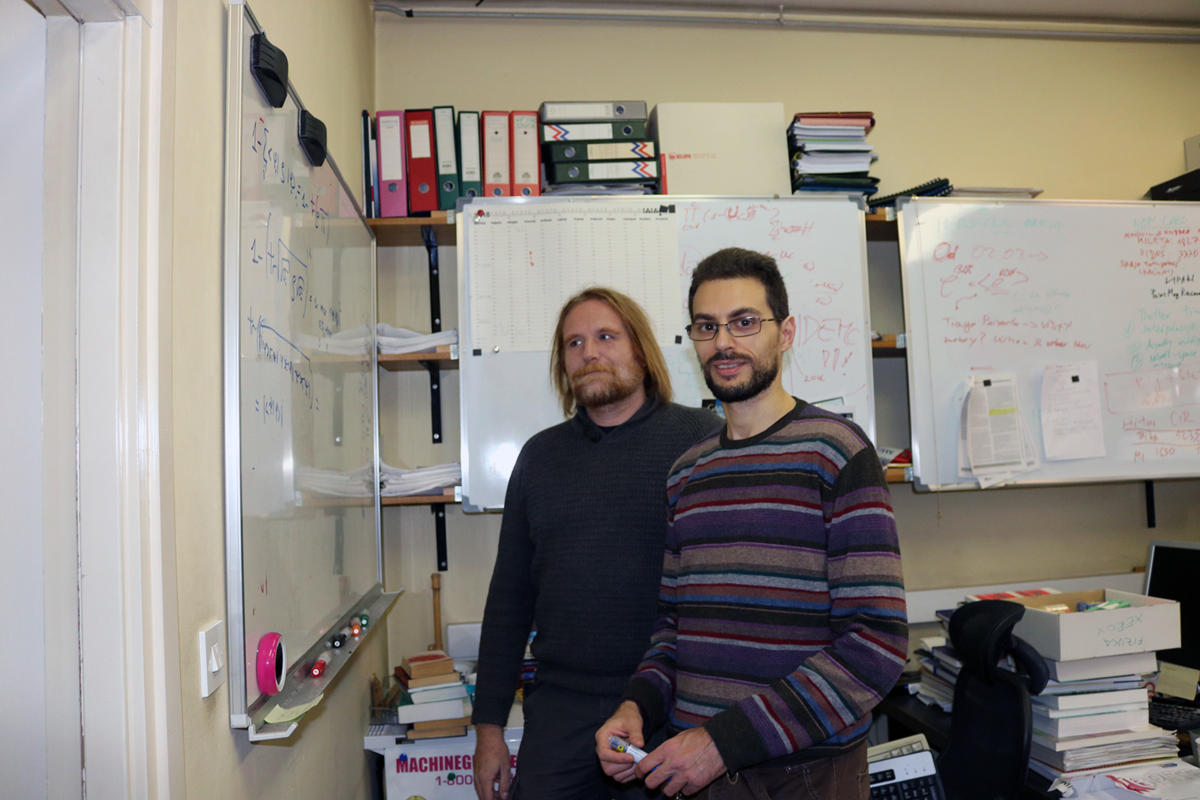 The vast majority of proposals for quantum-enhanced measurements exploit very strong quantum correlations, called entanglement. These do not exist in physical theories ruling the macroscopic world as we perceive it. However, only few experiments achieved significant precision enhancements based on this quantum effect and often for very small systems, where the advantage is still far from allowing one to beat the best possible classical measurements.
‘’There are several reasons for this. First of all, it is already very difficult to achieve even classical sensitivities using quantum systems, since all non-intrinsic noise sources have to be eliminated.

Secondly, classical resources can be augmented easily to increase measurement precision, while being much cheaper than entanglement, which is difficult to produce for large systems. Thirdly, and most fundamentally, entanglement is very fragile and can be destroyed by a small amount of undesired and uncontrollable noise. Therefore, it is of a paramount importance to think about other alternative quantum enhancement principles, and this is the focus of our survey.’’ – explains Marzolino.

Over the last couple of years scientist have gathered many results for alternative schemes that are worth a comprehensive and exhaustive review that compares their usefulness with respect to the main-stream research.
‘’In this review we specifically focused on situations which are alleviated by the heavy burden of producing entanglement. We, therefore, think that our study will stimulate the investigation of further procedures in the quantum metrology that will eventually lead to the implementation of quantum-enhanced measurements and their integration in available technologies.’’ – concludes Marzolino.

His research interests embrace fundamental aspects of quantum physics and their applications in other research fields and in the development of new technologies. He has published 27 papers in top ranking internationally peer-reviewed scientific journals. He has taught several aspects of quantum physics and other physics subjects at the institutions where he used to work. Dr Marzolino participated in many international conferences and workshops and has recently organised the workshop “Modern Aspects of Quantum Physics” at the Ruđer Bošković Institute. He is currently organising the symposium “Novel Perspectives in Quantum Metrology” proposed and selected at the Deutsche Physikalische Gesellschaft (DPG – German Physical Society) Spring Meeting in Rostock (Germany).

‘’After some years of traveling and working at different research institutions and countries, I feel I have reached the professional maturity for a permanent position and for starting my own research group. I think that the stimulating environment of the Ruđer Bošković Institute provides an excellent opportunity for reaching this goal. ‘’ – concludes Marzolino.