Paper by RBI Scientists Published in the JCS

The Journal of Cell Science (IF = 6.29) has published a paper entitled "A dual role for Rac1 GTPases in the regulation of cell motility" by Vedrana Filić, Maja Marinović and Igor Weber of the Division of Molecular Biology, Ruđer Bošković Institute, and Jan Faix of the Hannover Medical School. 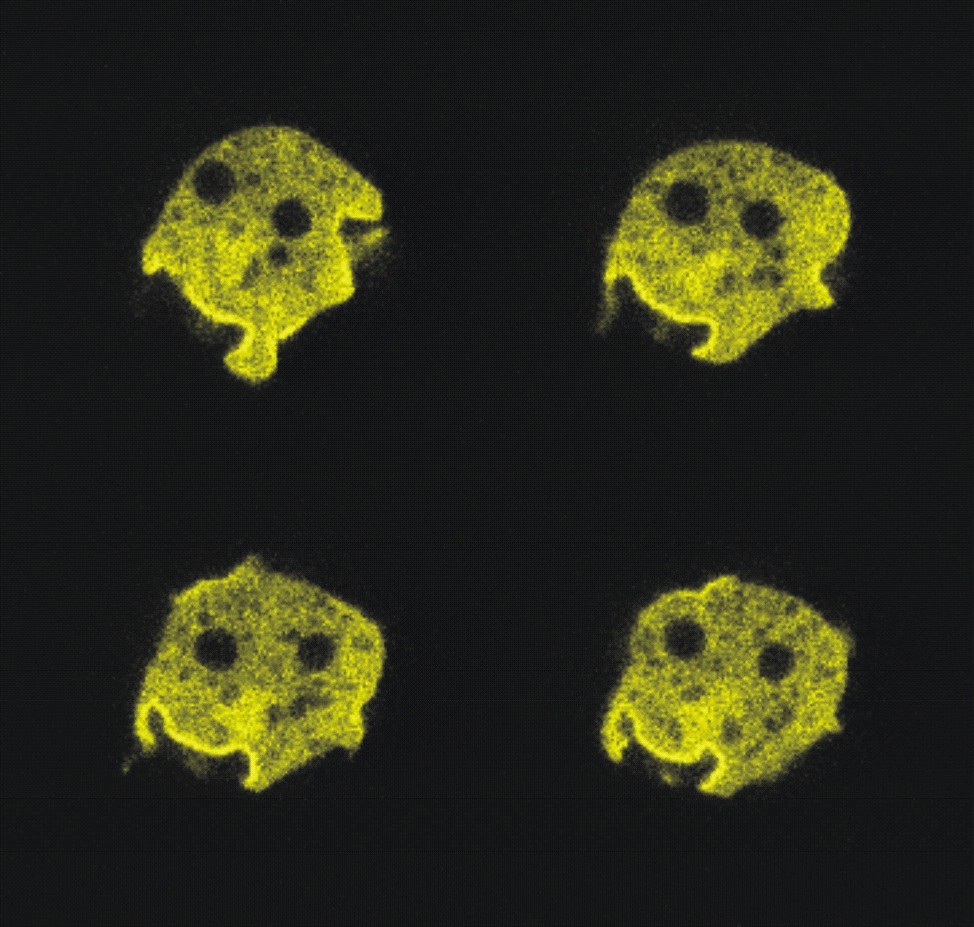 In this paper, the dual role of signaling proteins from the Rac family in the regulation of the dynamics of actin cytoskeleton in cell motility is revealed. Although it is generally thought that these proteins are involved in the regulation of actin polymerization on the leading edges of polarized cells, it has now been shown that they also play an important role in the trailing regions of migrating cells.

Active Rac1 initiates the creation of a quaternary protein complex in the cell cortex that also contains DGAP1, a protein from the IQGAP family, and a heterodimer of cortexillin that bundles actin filaments. With the decomposition of the complex, stimulated, for example, by the activity of chemoattractants, bound Rac1 is released, thereby facilitating the formation of new pseudopodia and the regulation of cell motility.

The proposed molecular mechanism of the local activation of small RAC 1 GTPases by release from the complex to which it is bound also has broader implications in the area of cell signalization. In relation to RAC1, the DGAP1 complex plays the roles of effecter and sequester, so that similar mechanisms could have general importance in the regulation of the spatiotemporal dynamics of intracellular signaling pathways.