RBI Scientists participated in a successful quest for neutrino oscillations

The OPERA detector was built in the laboratory of the Italian National Institute of Nuclear Physics (INFN) to prove the existence of certain oscillations of neutrino, more precisely converting Mionic into tau neutrine during their journey from CERN to the Gran Sass laboratory

Physical Review Letters, one of the most influential journals in the field of physics with impact factor 8.5, published a study of one of the greatest collaborations in CERN. The RBI scientists Mario Stipčević, Krešimir Jakovčić,. Budimir Kliček, and late Ante Ljubičić participated in this research. 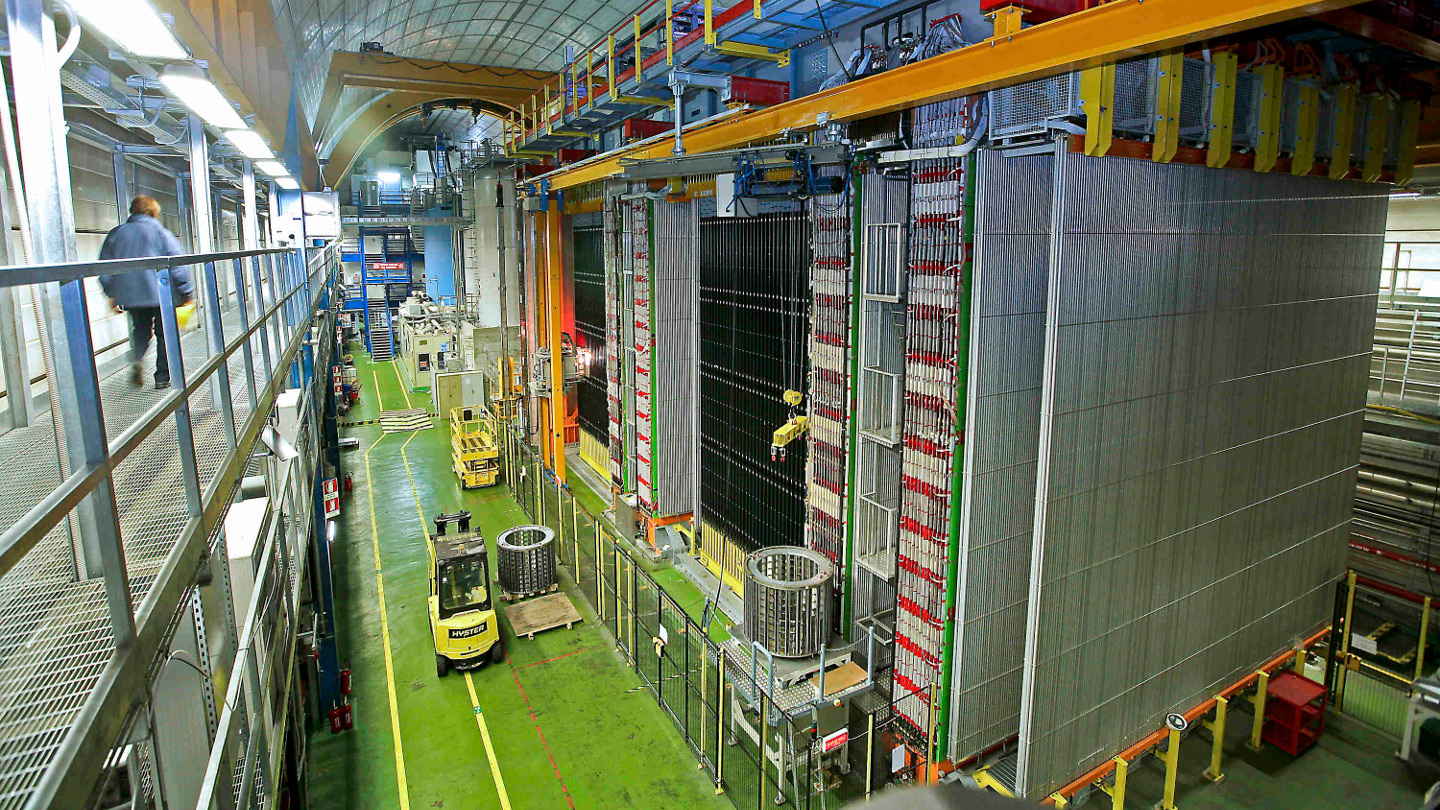 The OPERA experiment, located at the Gran Sasso Laboratory of the Italian National Institute for Nuclear Physics (INFN), was designed to conclusively prove that muon-neutrinos can convert to tau-neutrinos, through a process called neutrino oscillation, whose discovery was awarded the 2015 Nobel Physics Prize. In a paper published today in the journal Physical Review Letters, the OPERA collaboration reports the observation of a total of 10 candidate events for a muon to tau-neutrino conversion, in what are the very final results of the experiment. This demonstrates unambiguously that muon neutrinos oscillate into tau neutrinos on their way from CERN, where muon neutrinos were produced, to the Gran Sasso Laboratory 730 km away, where OPERA detected the ten tau neutrino candidates.

There are three kinds of neutrinos in nature: electron, muon and tau neutrinos. They can be distinguished by the property that, when interacting with matter, they typically convert into the electrically charged lepton carrying their name: electron, muon and tau leptons. It is these leptons that are seen by detectors, such as the OPERA detector, unique in its capability of observing all three. Experiments carried out around the turn of the millennium showed that muon neutrinos, after travelling long distances, create fewer muons than expected, when interacting with a detector. This suggested that muon neutrinos were oscillating into other types of neutrinos. Since there was no change in the number of detected electrons, physicists suggested that muon neutrinos were primarily oscillating into tau neutrinos. This has now been unambiguously confirmed by OPERA, through the direct observation of tau neutrinos appearing hundreds of kilometres away from the muon neutrino source. The clarification of the oscillation patterns of neutrinos sheds light on some of the properties of these mysterious particles, such as their mass.
The OPERA collaboration observed the first tau-lepton event in 2010, followed by four additional events reported between 2012 and 2015, when the discovery of tau neutrino appearance was first assessed. Thanks to a new analysis strategy a total of 10 candidate events have now been identified, with an extremely high level of significance.

"In this paper, it is unambiguously demonstrated that the muscular neutrinos are oscillated in the neutrino, by direct observation of the interaction of the neutrino in the OPERA detector. So far, it has been known that the muscular neutrons are partially disappearing and there are strong indications from other experiments that they are transformed into neutrons, but OPERA is the first experiment that has unambiguously demonstrated this, "said the Head of the Croatian group at OPERA Collaboration Mario Stipčević from the Ruđer Bošković Institute.

Along with a significant improvement in the understanding of the behaviour of neutrons themselves, the research has also resulted in the development of new technologies such as ultra-precise nuclear emulsion technology to track particulate traces found in a wide range of scientific fields, ranging from dark matter to those associated with volcanic and glacial studies, as well as improvement of certain cancer therapies, and has recently been used to map the interior of the Keops pyramid.