Tomislav Domazet-Lošo Has Discovered That Genes Are Spontaneously Created

Did all the basic genes originate at a long-ago moment at the beginning of evolutionary time and since then did these original genes later create all the other genes through combining and copying? In the last three decades, the prevailing opinion in genetics has been that the copying of already existing genes was the main, if not the only, manner of creating new genes.

However, Dr. Tomislav Domazet-Lošo of the Ruđer Bošković Institute and Prof. Diethard Tautz of the Max Planck Institute for Evolutionary Biology in a new study, which is partially financed from the Unity through Knowledge Fund (UKF) project Phylostratigraphic analysis of disease genes expression in the context of life cycle, have demonstrated that in addition to copying, spontaneous (de novo) creation of completely new genes has an important role in the evolution of genomes. For these orphan genes, which play an important role in embryonic development and the interaction of organisms with the environment, the authors have demonstrated that they can originate at any time during evolution, which also includes the organisms currently on earth.

Through a synthesis of results in genetics over the past decade, together with their own research, in a review article entitled The evolutionary origin of orphan genes, published in Nature Reviews Genetics (IF=32.7), the authors demonstrate that the de novo formation of genes from non-coding parts of a genome is an important evolutionary mechanism. According to the authors, the spontaneous generation of new genes, which have completely unique sequences, represents a mechanism that has functioned throughout all evolutionary epochs and is not peculiar only to the early emergence of life on earth 3.5 billion years ago.

According to estimates presented in the paper, it is precisely recent evolutionary events, such as, for example, the separation of primates during the last ten million years, which abound in genes created through a process of spontaneous generation. It also appears that the great and older evolutionary radiation of plant and animal organisms was accompanied by the massive retention of genes created de novo. The ideas and syntheses presented in this paper open possibilities for the review of basic theoretical assumptions in biology, such as the concept of homology or the issue of the formation of new protein structures.

The work of the molecular geneticist, Dr.Tomislav Domazet-Lošo, the recipient of numerous awards and accolades, has attracted the interest of the media and scientific community in recent years. After the development of the Theory of Genomic Philostratigraphy (2007), published in the distinguished scientific journal Trends in Genetics in 2008 there was the discovery of genetic disorders in man of ancient evolutionary heritage. Dr. Domazet-Lošo and Prof. Diethard Tautz demonstrated that the majority of organisms on earth are most likely affected by similar genetic disorders. This paper was published in the journal Molecular Biology and Evolution, reviewed in the prestigious journal New Scientist, and as an article of exceptional interest also presented in the magazine The Economist. In 2010, Dr. Domazet-Lošo developed a new measurement in evolutionary genetics, known as the transcriptome age index. Using this innovative method, he showed that all evolutionary history is reflected in embryogenesis, and thus ended up on the cover of Nature, the leading scientific journal in the world. 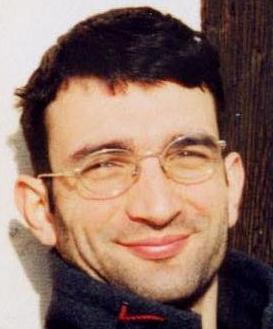