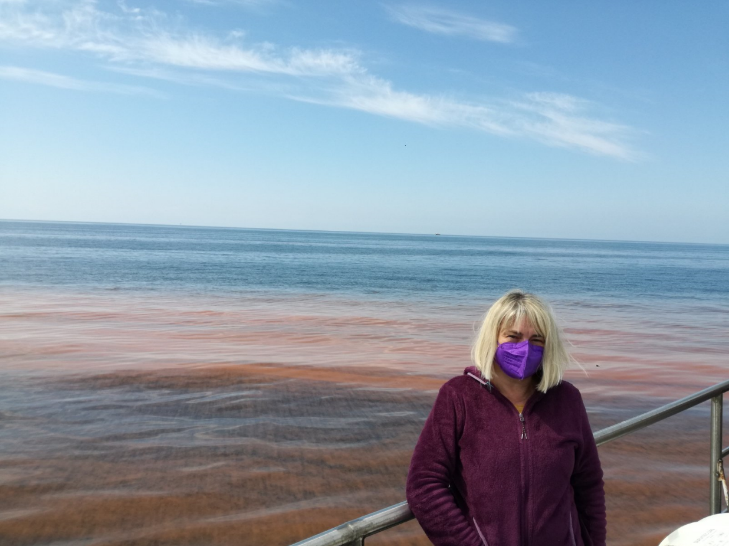 This August (2020), the first mesocosm experiment investigating the impact of atmospheric pollutants on biochemical responses of the sea surface has been performed in the middle Adriatic area. It is also the first incubation experiment of its kind conducted in the Adriatic Sea.

The aim of the experiment was to explore how atmospheric particles emitted by various sources such as traffic, industry as well as biomass burning can affect the biology and chemistry of the sea surface layers. 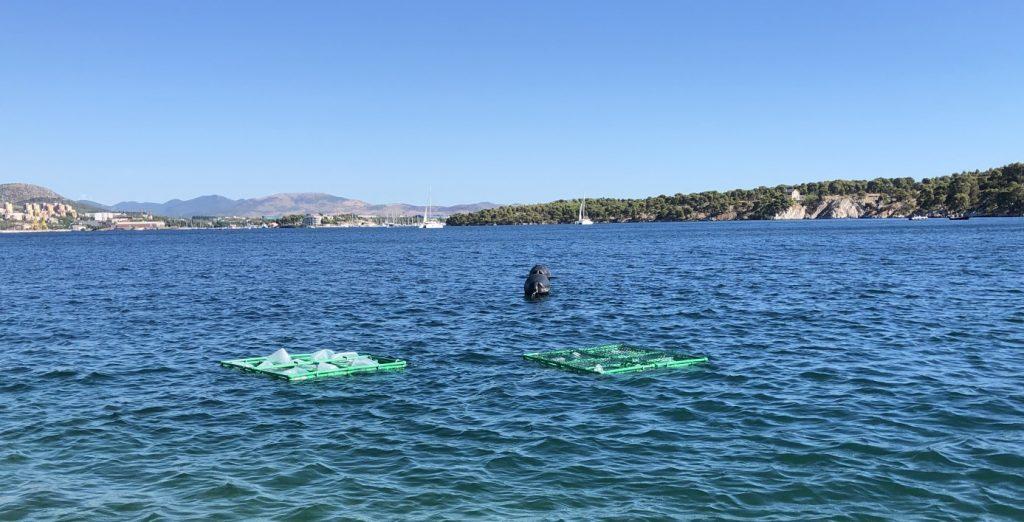 Specially designed equipment for the mesocosm experiment was set up at the Martinska station near Šibenik. Incubation bags with the sea surface microlayer and the underlying water samples were incubated by different atmospheric additions and kept in the seawater, exposed to ambient sunlight, at different depths.

In the vicinity of the island of Zlarin, about 200 L of the sea surface microlayer was collected by a special remote-controlled catamaran, equipped with various sensors enabling on-line data collection, designed by dr. Oliver Wurl, University Oldenburg, Germany.

The mesocosm experiment brought together scientists from: several laboratories of the Ruđer Bošković Institute; University of Oldenburg, Germany; Institute of Oceanography and Fisheries, Split, Institute for Medical Research and Occupational Health, Meteorological and Hydrological Service in Croatia and University Pannonia, Hungary. 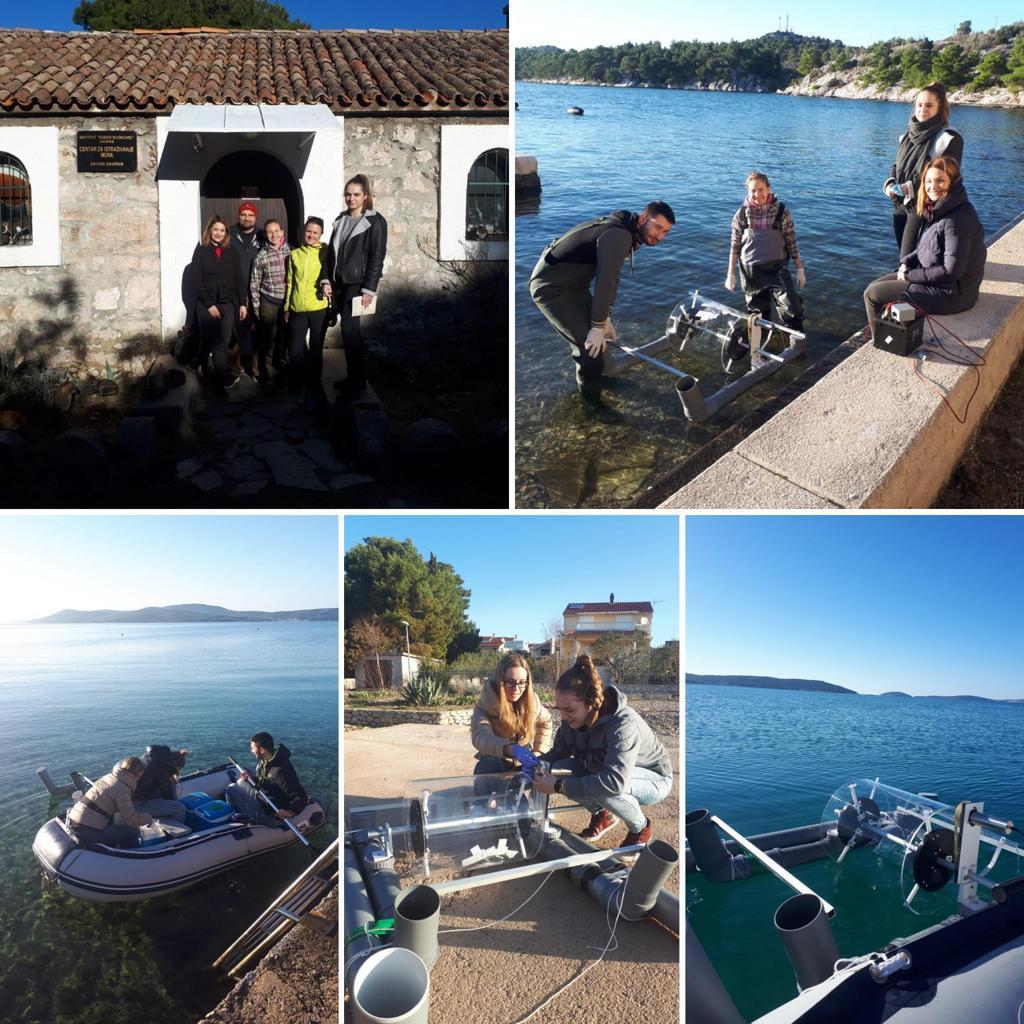 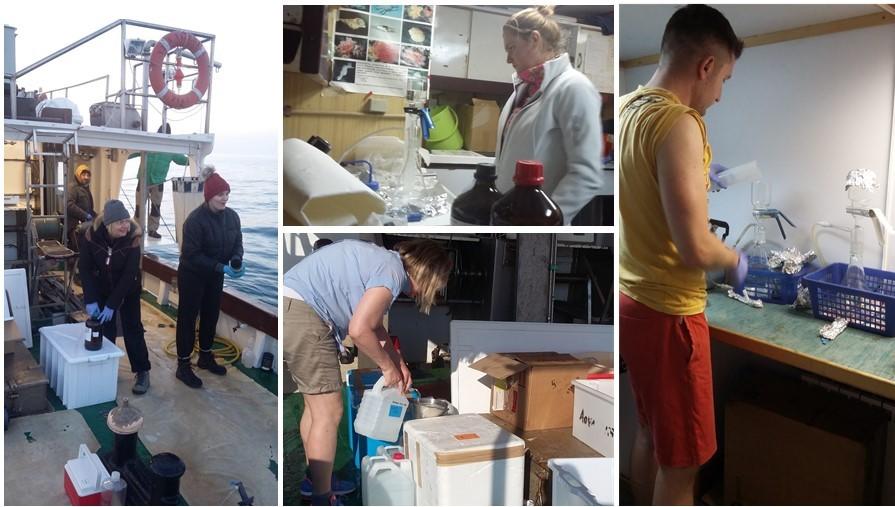 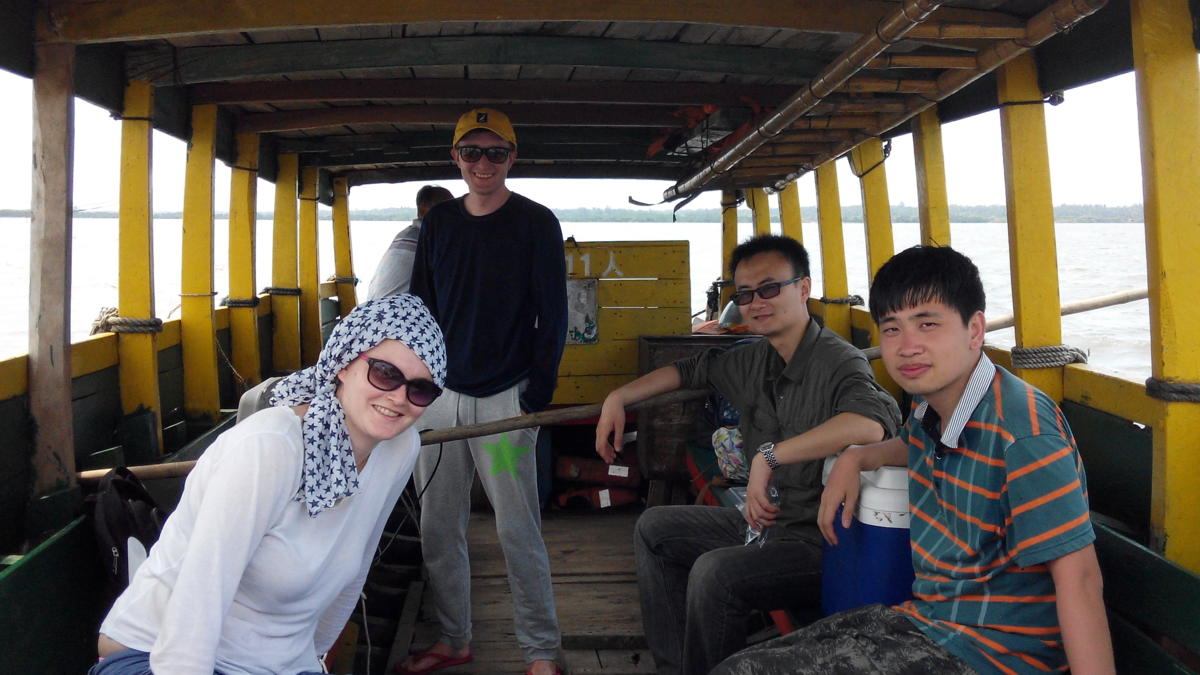 T. Sesar and M. Čanković on a rented boat during sampling in the  Wenchang  Estuary, Hainan Island, China (May 2015), as part of bilateral collaboration between Repubic of Croatia and China, B. Gašparović and Z. Zhu: “A comparison of organic matter biogeochemistry in oligotrophic and eutrophic estuary: illustrated by lipids and amino acid enantiomers”. 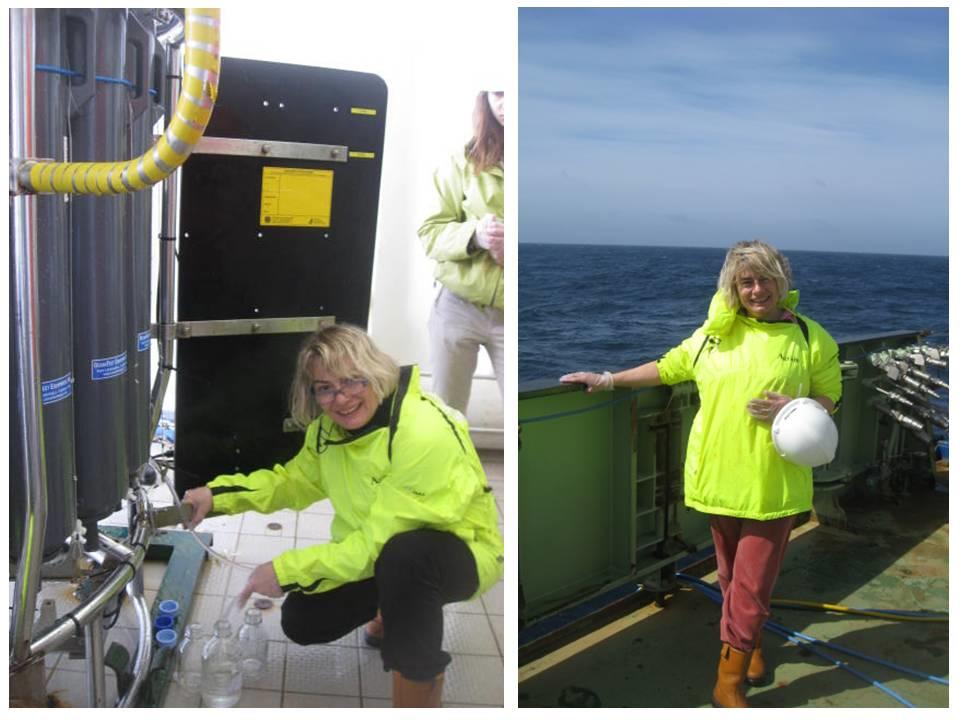 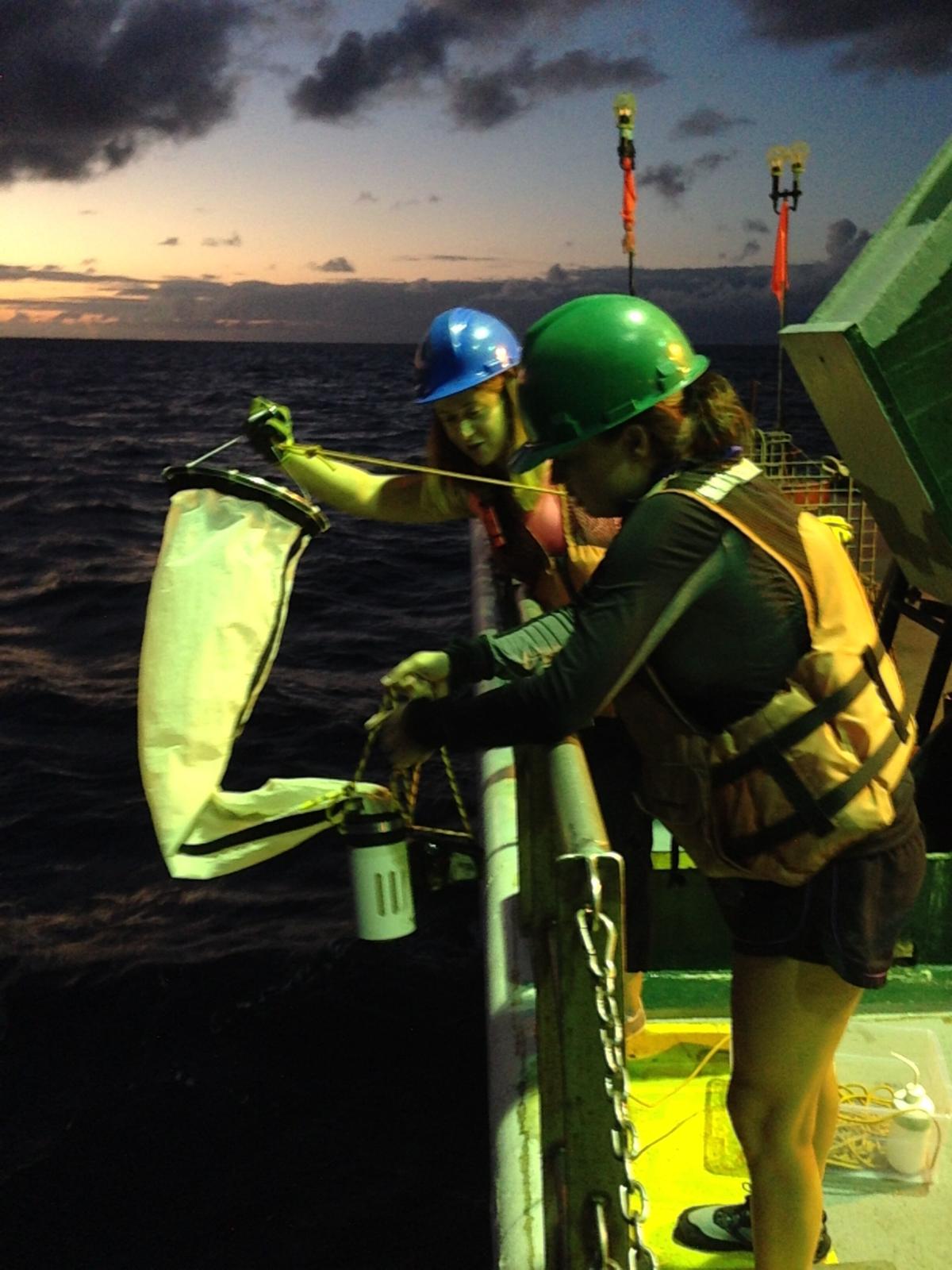 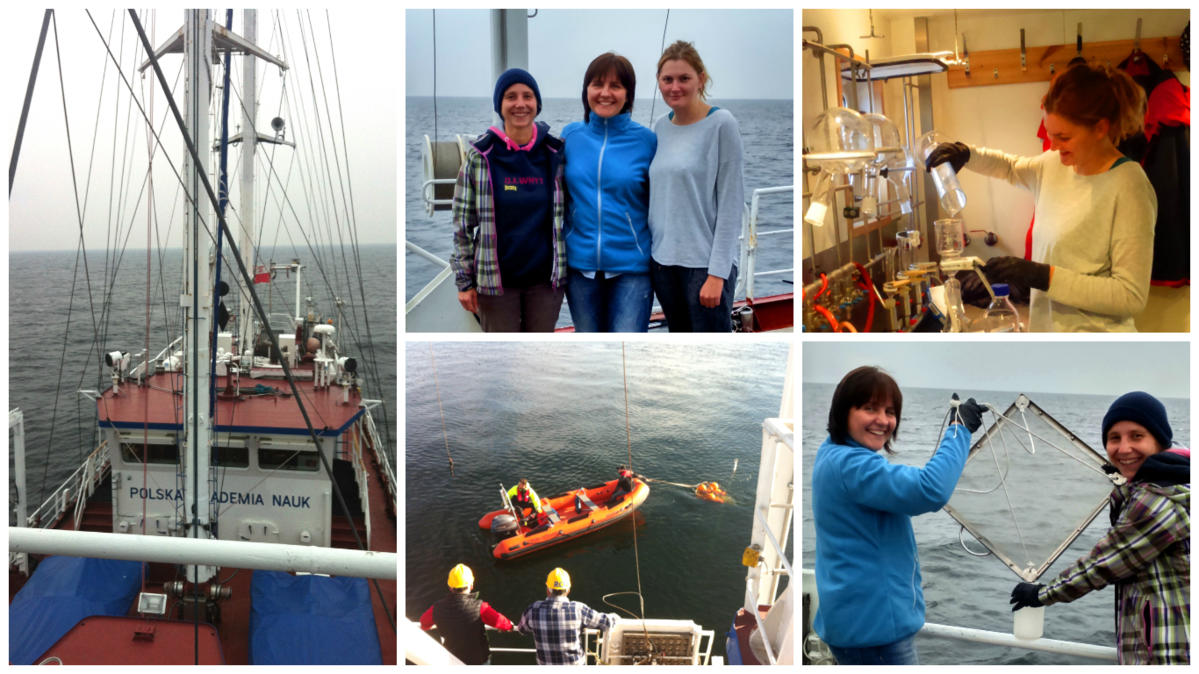 Sampling and sample processing on board the research vessel Oceania on the Baltic Sea in October 2015. Participation in this expedition was enabled by cooperation with dr. Violetta Drozdowska from the Institute of Oceanology, Polish Academy of Science, in Sopot.