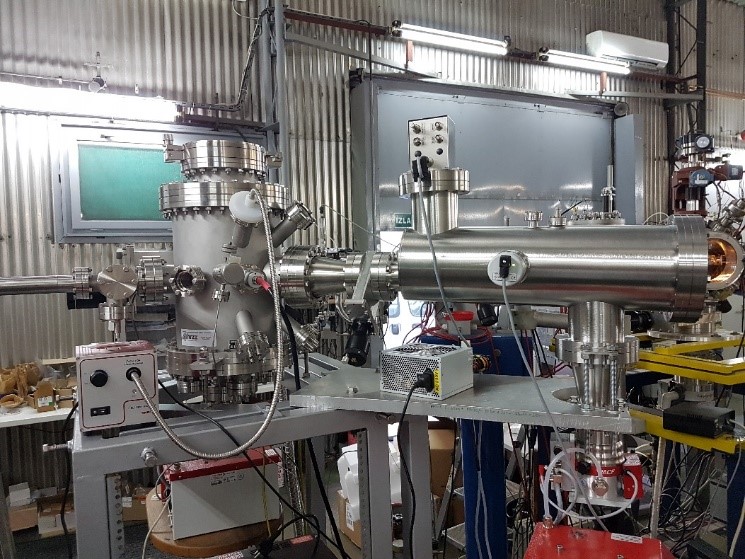 Time-of-Flight Secondary Ion Mass Spectrometry (TOF-SIMS) is an analytical technique used for the atomic and molecular speciation of various samples. In TOF-SIMS, secondary ions are sputtered from the sample surface by the ion beam bombardment, and after the ionisation process, accelerated towards the TOF analyser for mass identification. Energy of the desorbed ions/molecules is in the range of the few eV, which makes TOF-SIMS a surface sensitive technique (only ions desorbed from the first few monolayers from the sample can be detected). Since the ionisation process of desorbed ions/molecules strongly depends on the surface conditions and sample matrix, TOF-SIMS is mostly used only for the qualitative analysis.

In the world of the mass spectrometry of organic materials, the “holy grail” is to get as many detected intact molecules per incoming ion, and to keep detected number of fragments as low as possible. One of the ways to achieve this is to use primary ions with the energies in the MeV range.  Contrary to the conventional TOF-SIMS systems, where the keV ions are used for the molecular desorption, and sputtering is done through the hard-nuclear collisions, sputtering by MeV ions is mainly done by the “soft” electron collisions, leading to the higher yields of the intact molecular ions. Since the yield of the intact secondary molecules is directly proportional to the electronic stopping power, for TOF-SIMS analysis, heavy ion beams with high as possible energies should be used. The new chamber for TOF-SIMS is installed at the 0° beamline with no restriction on the acceptable ion mass and energy (Figure 1) [1]. Thus, the full potential of the method, using heavy MeV ions, can be exploited. 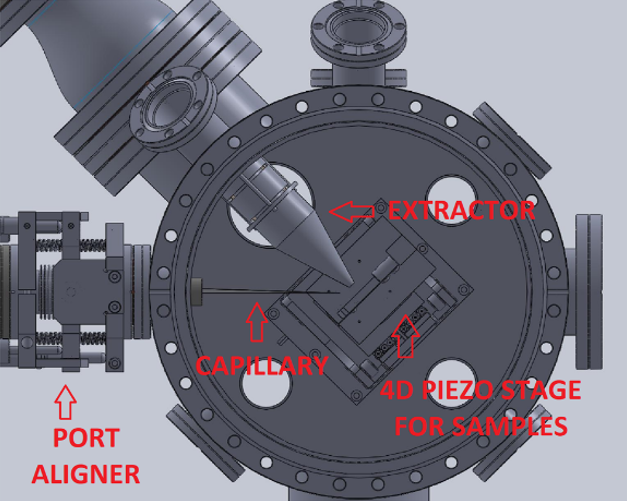 Figure 1. Inside view of the Capillary MeV-TOF SIMS setup. 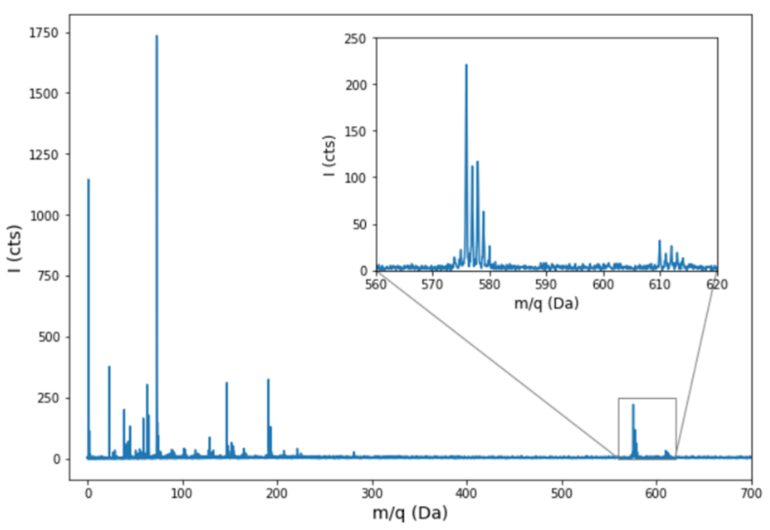 An example of the 2D SIMS image of Leucine evaporated on the carbon-coated copper grid (200 mesh) is presented in Figure 3. 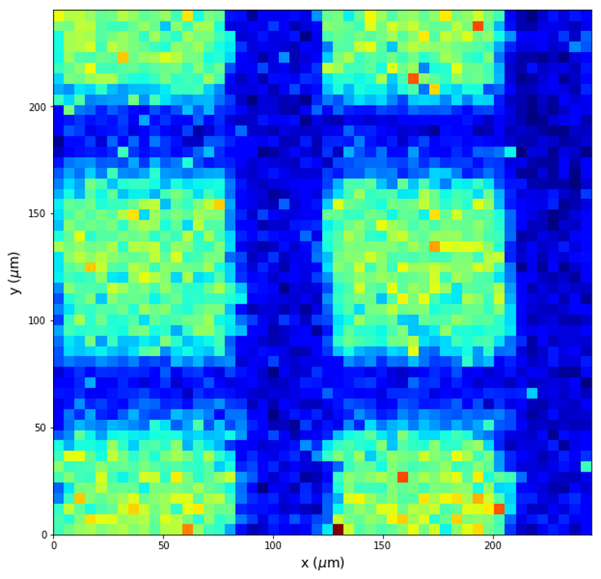