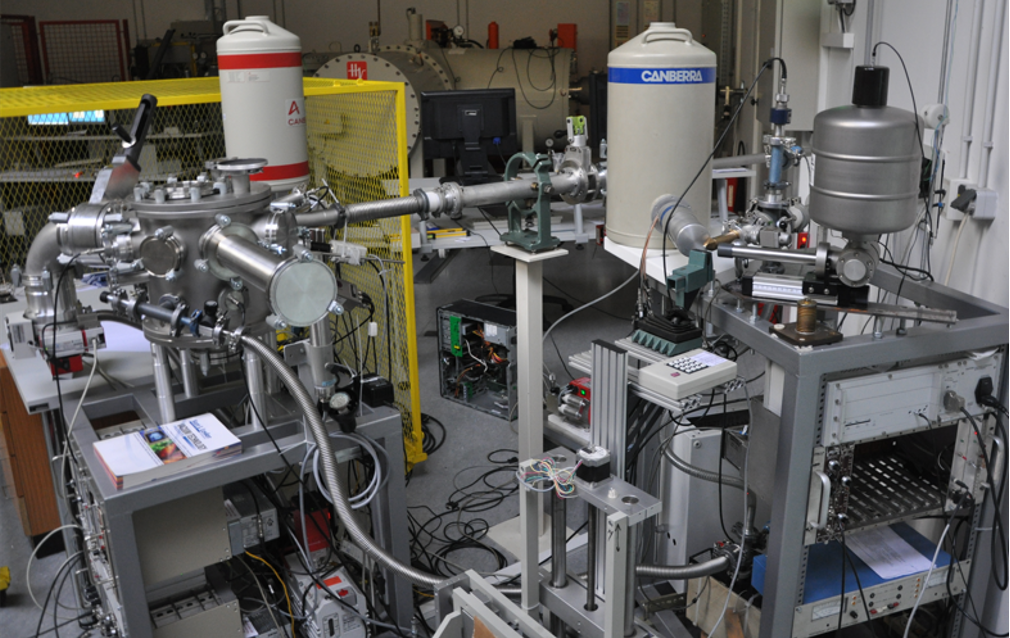 Particle-induced X-ray emission or proton-induced X-ray emission (PIXE) spectroscopy is a technique used for the determination of the elemental content of the sample being exposed to the beam. When charged particles (e.g. protons) of energies in the low MeV energy range (typically between 2 and 3 MeV) move through a material, they lose energy primarily by exciting electrons in the material’s atoms. Electrons in the inner shells of the atom (predominantly the K and L shells) gain enough energy to be ejected. Electrons from outer shells fill these vacancies, which is accompanied by the emission of X-rays. The energies of these X-rays are characteristic of the element and can be detected to observe the elemental composition of the sample. PIXE is a relatively simple and multi-elemental analytical technique that can be used to measure concentrations of elements ranging from Na to U. PIXE is also a nondestructive technique and due to the high signal to background ratio, it is very sensitive for a wide range of measured elements, with detection limits close to 1 ppm. 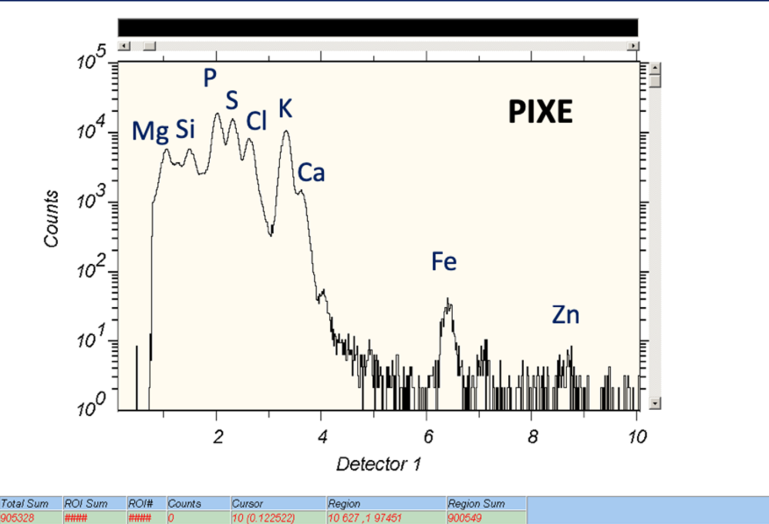 An example of the PIXE spectrum.

Fast ions can also interact with atomic nuclei in the sample through the elastic collisions. The tehnique called Rutherford backscattering (RBS), is based on the detection of backscattered ions (typically protons, He and Li ions) at angles close to 180 degrees. By measuring the energy and number of the backscattered ions, it is possible to determine the concentration and depth profile of elements in the near surface regions of the sample exposed to the ion beam. The technique is in particular powerful for depth profiling of heavy elements in light substrates. When RBS is done in combination with PIXE, it can be used to determine light element concentrations, which is not possible by PIXE alone. 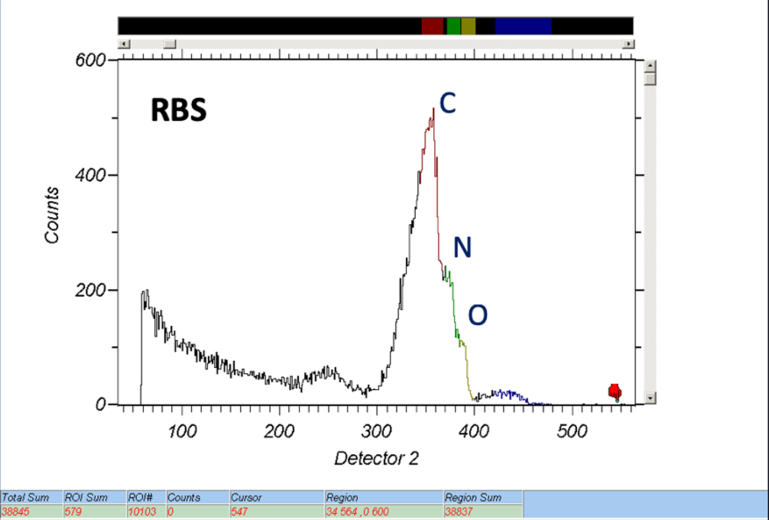 An example of the RBS spectrum.

The scattering chamber for routine PIXE/RBS analysis is installed at the –45° line of the Tandteron accelerator. It is equipped with two PIXE detectors. The SDD detector is used for the analysis of light elements (Na and above). The Si(Li) detector has a large solid angle and a Mylar filter optimized for detection of heavy elements (K, Ca and above). The chamber has an integrated sample changer, which can take up to 16 samples (sizes between 10 and 25 mm). The samples are typically exposed to a 2 MeV proton beam of a circular shape (3, 5 or 8 mm) and beam currents in the range between 1 and 10 pA. 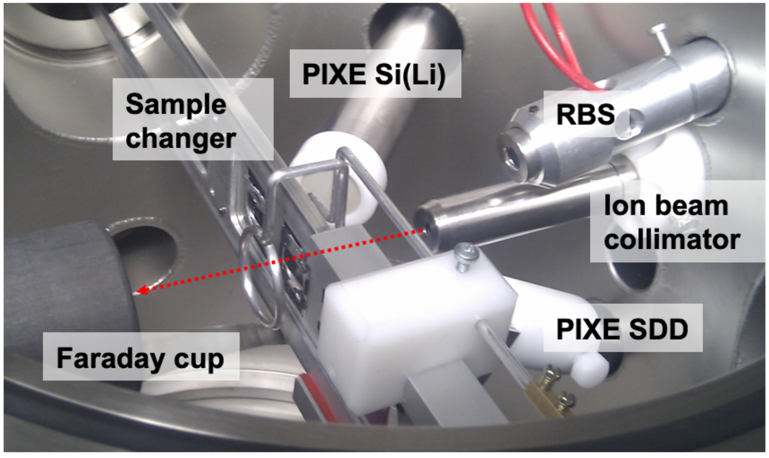 In chamber view of the PIXE/RBS beamline.

In a typical running condition, three ADCs (two for PIXE and one for RBS) are controlled by a SPECTOR data acquisition software. Collected PIXE spectra are analysed by a GUPIX software, while for the analysis of RBS spectra, a SIMNRA software is being used.