Laboratory for Cell Biology and Signalling 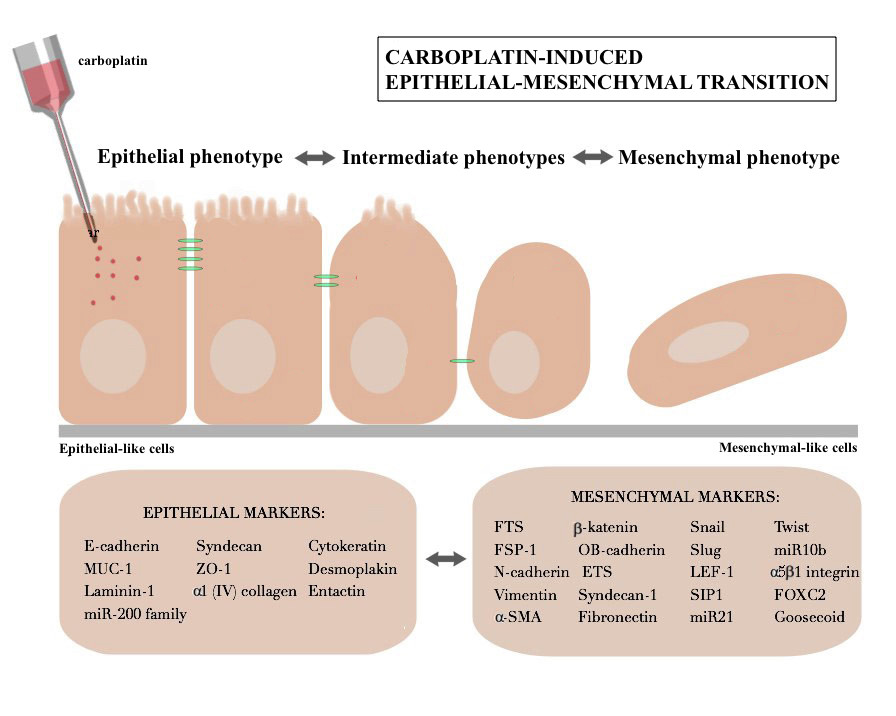 Epithelial ovarian cancer is the most lethal of the gynaecologic malignancies, largely due to the advanced stage at diagnosis in most patients. The major problem of successful chemotherapy is development of drug resistance already during cancerogenesis. But usually it is highly sensitive to chemotherapy, particularly the platinum agents, and most patients will attain a remission with initial treatment. Although the majority of ovarian cancer patients will respond to initial chemotherapy, most will ultimately develop disease recurrence 6 to 12 months after the completion of initial therapy. Acquired resistance to these drugs could develop due to (a) decreased accumulation of drug, (b) inhibition of apoptosis and/or (c) overexpression/mutations of specific molecules important for repair of drug-induced damages. Epithelial-mesenchymal transition (EMT), the conversion of epithelial to mesenchymal cell phenotype, is involved in cancer progression and metastasis. It is also known that metastatic cells are more resistant to the chemotherapy as compared to the primary tumour. Alterations in expression of many genes and proteins are described to facilitate EMT and influence sensitivity to the drugs. Several microRNAs (miRNAs) can regulate the expression of different proteins involved in EMT and manipulation of specific miRNA can influence response of cells to different drugs.

In this project we would like to understand whether and how two different phenomena, the EMT and the development of drug resistance, which occur in the cell simultaneously, are linked to each other. Our hypothesis proposes the existence of key molecules involved in both of these processes making them valuable therapy targets. We will determine key molecules (proteins at transcriptional and translation levels and miRNA) involved in EMT and development of drug resistance and confirm their role by using functional testsin vitro. After that, we will establish the expression pattern of these molecules in tissue samples from patients with ovarian cancer (normalvs.tumour) and to correlate these changes with the patient response to the therapy. The confirmation of the importance of identified molecules in EMT and drug resistance development will be performed in ovarian organoids cultures, the three-dimensional (3D)in vitrotissue model that incorporates many of the physiologically relevant features of thein vivoovarian tissue.

Lately, EMT is in investigational focus of many cancer research scientists. There are many articles describing changes in genes, miRNAs and different proteins expression important in EMT, invasion, tumour metastasis and therapy response. Despite of published data the key molecules involved in EMT and drug resistance are not known.