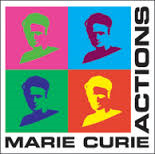 Accumulation of neurotoxic amyloid beta peptides (Ab) in the brain is considered to be the central event in the pathogenesis of Alzheimer’s disease (AD). Ab is released from the beta-amyloid precursor protein (APP) during specialised processing events. This proposal aims to examine presenilin 2 (PS2) protein-mediated molecular and cellular events that are protective against Ab accumulation and AD and, as such, is aligned with the objective of the FP7’s Health Research Programme that focuses on “Research on the brain and related diseases”. We propose that cerebellum, an area of the human brain that is inherently resistant to AD, holds the key regulator(s) against AD. Indeed, we have recently shown that mature APP is significantly reduced in human cerebellum compared to entorhinal cortex and hippocampus - the most susceptible human brain regions to AD. Our further preliminary results have shown that PS2 protein is significantly overexpressed in cerebellum compared to other brain regions. We hypothesise that PS2 overexpression in cerebellum is, at least in part, responsible for reduced APP maturation leading to reduced Ab generation and protection against AD. We will examine a protective role of PS2 against AD in a multidisciplinary project performing molecular and cell biological as well as proteomic analyses in vitro (at a cellular level) and in vivo (in an animal model of AD) as well as in human brain samples. We will also test whether PS2 alterations contribute to AD-like phenotype in a rare lysosomal disorder Niemann-Pick type C disease (NPCD) in which cerebellum is the most affected brain region and whether PS2 contributes to APP-CTF/Ab degradation and Ab reduction through its role in autophagy-lysosomal system. These studies will reveal a novel role for PS2 in APP and Ab metabolism and its function as a brain protector. Our understanding of the protective mechanisms in the human brain will pave the way for development of adequate therapies against AD and NPCD.