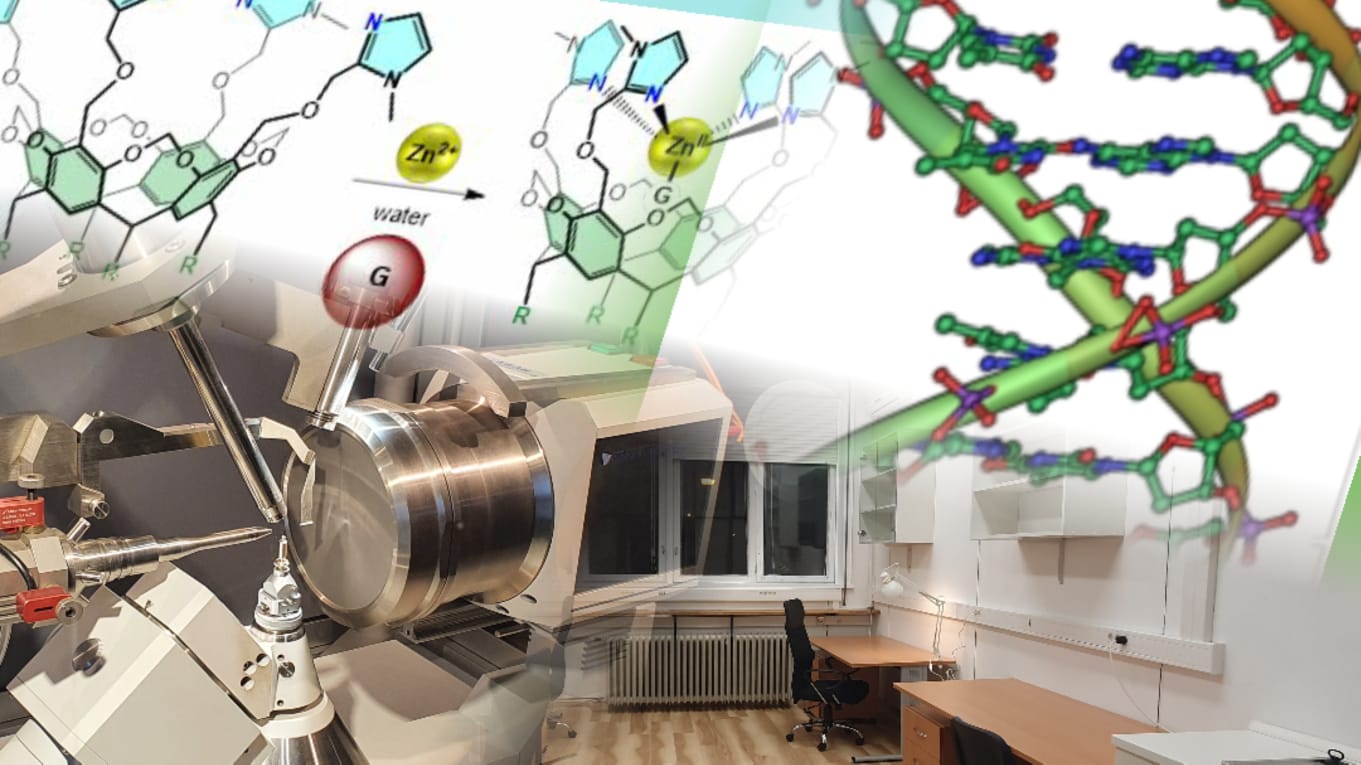 The development of new molecular systems able to recognize specific sequences in nucleic acids is a subject of uttermost importance for the development of new drugs, biosensors or tools for basic biochemical and biological studies. Unlike proteins which recognize ds-DNA through the interaction with its major grove, small molecular binders usually undergo intercalation or choose minor groove to interact, leaving the study of the major groove recognition by small molecular systems practically unexplored so far. We propose a study of the interaction of nucleic acids with macrocyclic structures based on derivatized calix[6]arenes (conformationally flexible “funnel” systems) and resorcinarenes (more rigid “bowl” systems), featuring a required size, shape and functionalities to mimic the way proteins recognize nucleic acids. The research will be conducted in an iterative fashion and start with a (already optimized) synthesis and chemical/structural characterization of the initial set of 16 funnel and bowl potential DNA/RNA binders, followed by their recognition and binding studies on the chosen set of poly- and oligonucleotides, biological tests and X-ray structure analysis of their complexes with oligonucleotides. Based on the results from the first iteration, fluorophoric amino acids will be grafted to the best binding candidate molecules from the initial set in order to further enhance the binding capacity, specificity and to facilitate spectroscopic monitoring of the binding process. Complete set of analyses (recognition/binding biological and structural) will be applied to the fluorophoric set. Based on the results from the second iteration, a final set will be designed, synthesized and explored, to come up, at the end, with a set of promising biologically active binders capable of selective recognition of defined structural elements within the nucleic acid chains, and hence with the clear and imminent applicative potential in drug design and biosensor research.