The RBI Seminar: 'The Magnetic Field of the Milky Way' 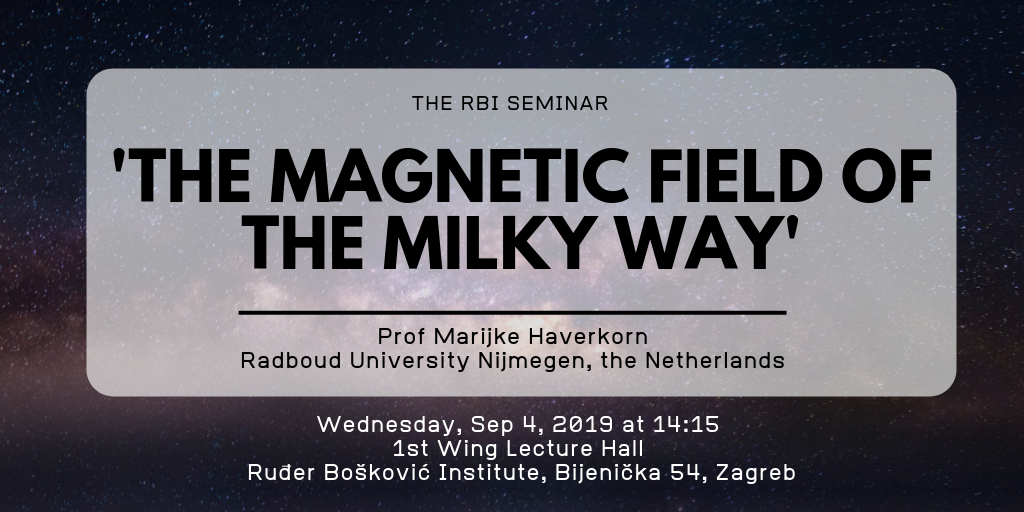 We are pleased to invite you to the RBI seminar 'The Magnetic Field of the Milky Way'to bel held by Professor Marijke Haverkorn on Wednesday (Sep 4, 2019) at 14:15 at 1st Wing Lecture Hall (RBI, Bijenicka c. 54, Zagreb).