Ana Tomašić Paić, Ph.D., a research assistant at the Laboratory for Electron Microscopy, Department of Molecular Biology, was awarded first prize for a poster presentation entitled “CYP38 auxiliary enzyme in Arabidopsis thaliana is involved in State II transitions” at the international conference „Plant Organellar Signaling - From Algae to Higher Plants“. 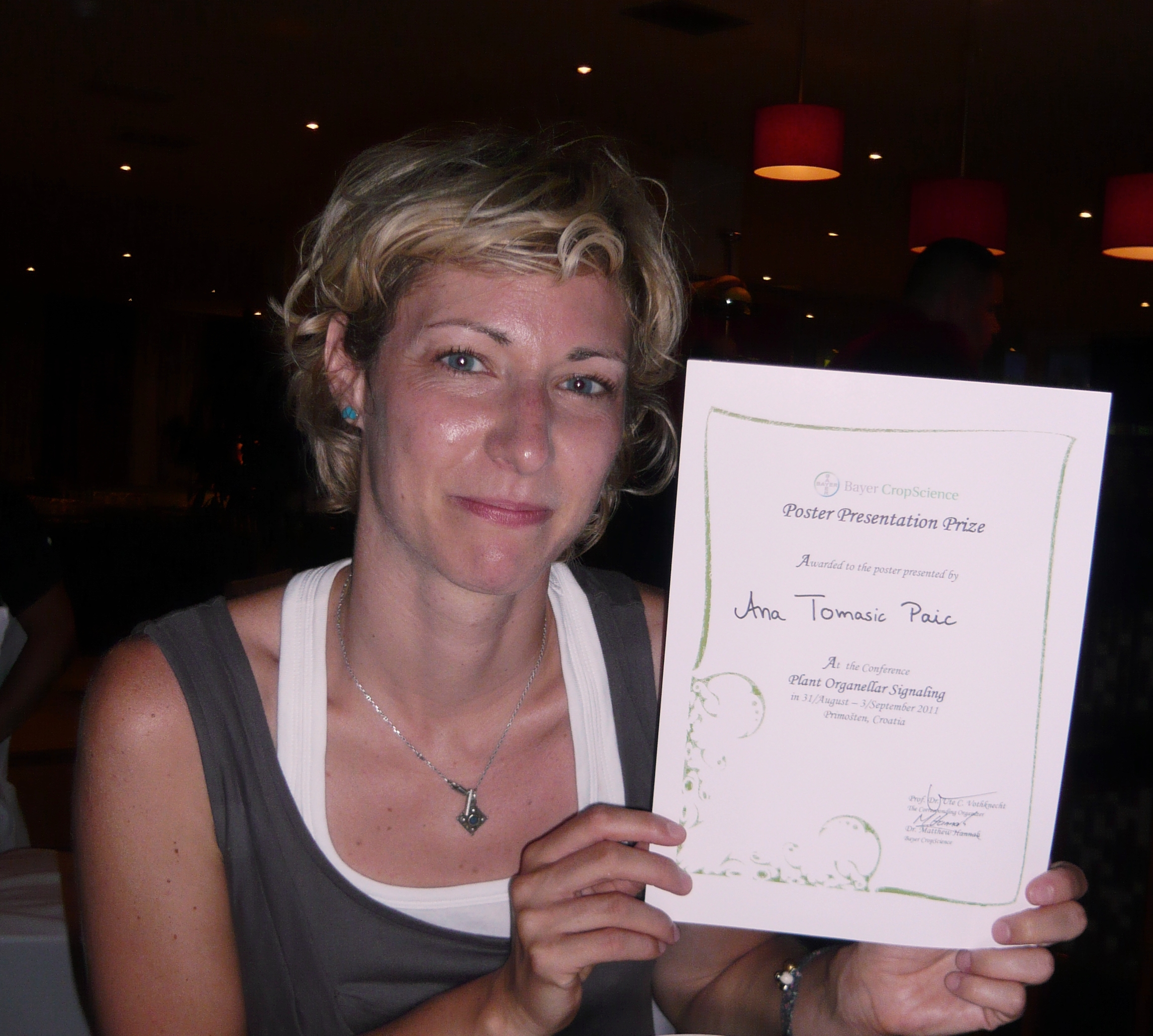 Dr Tomašić Paić presented the molecular characterization of chloroplast protein CYP38, the first immunophylin in plants that regulates phosphatase activity involved in energy distribution in the photosynthesis process. Photosynthetic state transitions are the adaptation mechanisms of photosynthetic membranes by which plants optimize the flow of electrons during daily changes in the quality and quantity of available light through the modification of thylakoid protein phosphorylation and the reorganization of photosynthetic systems.

The conference was held under the auspices of the Federation of European Biochemical Societies, as part of the FP7 Marie Curie Project ITN COSI. At the conference Plant Organellar Signaling, which was held in Primošten from August 31 to September 3, the following scientific topics were covered: intracellular signaling, organelle biogenesis and function, regulation by phosphorylation, environmental response and stress, and redox-signal. This FEBS workshop and the final symposium were organized by young doctoral students in order to connect European scientisits involved in the Marie Curie ITN COSI (Chlroplast Signals) network. Over 90 young doctoral students participated with poster or other presentations together with 30 top scientists in the field of the molecular biology of plant organelles from 20 countries around the world. Among the award winners for poster presentations, four students were chosen as the best by the jury and a representative of the company Bayer BioScience.