Anoxia in the Rogoznica Lake 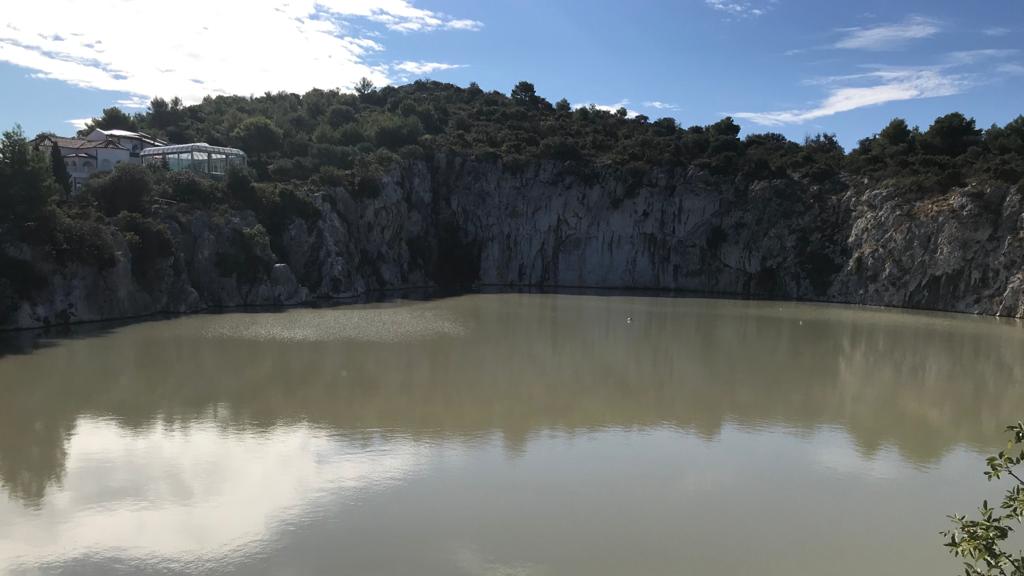 While collecting samples at the Lake Rogoznica the RBI Scientists noticed a change in the colour and smell of the lake. It is the occurrence of anoxia in the entire water column of the lake and the spread of toxic hydrogen sulphide. This natural process is favoured by extreme weather conditions, such as a sudden drop in atmospheric temperature.

Lake Dragon’s Eye (Dragon Lake, Rogoznica’s Lake, Galešnica) is a unique geohydromorphological phenomenon on the eastern Adriatic coast that has developed distinctive flora and fauna because of its special physical and chemical properties.

Recently, due to its physico-chemical and biological characteristics, it has been included on the map of about a hundred permanently stratified, anoxic (oxygen-free) and euxinic (free toxic sulfide in the water column) lakes in the world.

The main characteristic of the lake is seasonal stratification into an upper oxic layer, a middle layer or a chemocline coloured in purple, and a bottom anoxic layer characterised by complete darkness (due to there being absolutely no presence of light) and high concentrations of toxic ammonia and sulfide.

Due to the extreme ecological conditions which prevail in this lake, phyto- and zooplankton populations are represented by a relatively small number of species, some of them, however, in the populations denser than those in the surrounding sea.

After the period of total anoxia appearance, the number of species and their abundance are usually significantly reduced in comparison with the pre-anoxia values.

''Recently, the layers have suddenly mixed again, which has caused the blurring of the lake, as well as the smell of rotten eggs spreading around the lake. The colour of the lake has also dramatically changed from its usual transparent greenish-blue to an opaque greenish-grey colour.

The mixing has caused the sulfide evaporation and oxidation, as well as the formation of polysulfide and elemental sulfur, which, due to high concentration and low solubility, appears in colloidal form, i.e. sediment in the water column, which changed the transparency and colour of the lake.

The process of mixing and sulfide oxidation consumed all the oxygen in the lake, and the lake, as of the 27th of September, 2020, has remained completely oxygen-free. Such a condition has caused the death of the flora and fauna,'' explained Dr Irena Ciglenecki-Jusic, Head of the RBI Laboratory for physical chemistry of aquatic systems.

This state of anoxia in the entire water column has been recorded three times so far, in September 1997, October 2011, and more recently in 2016. 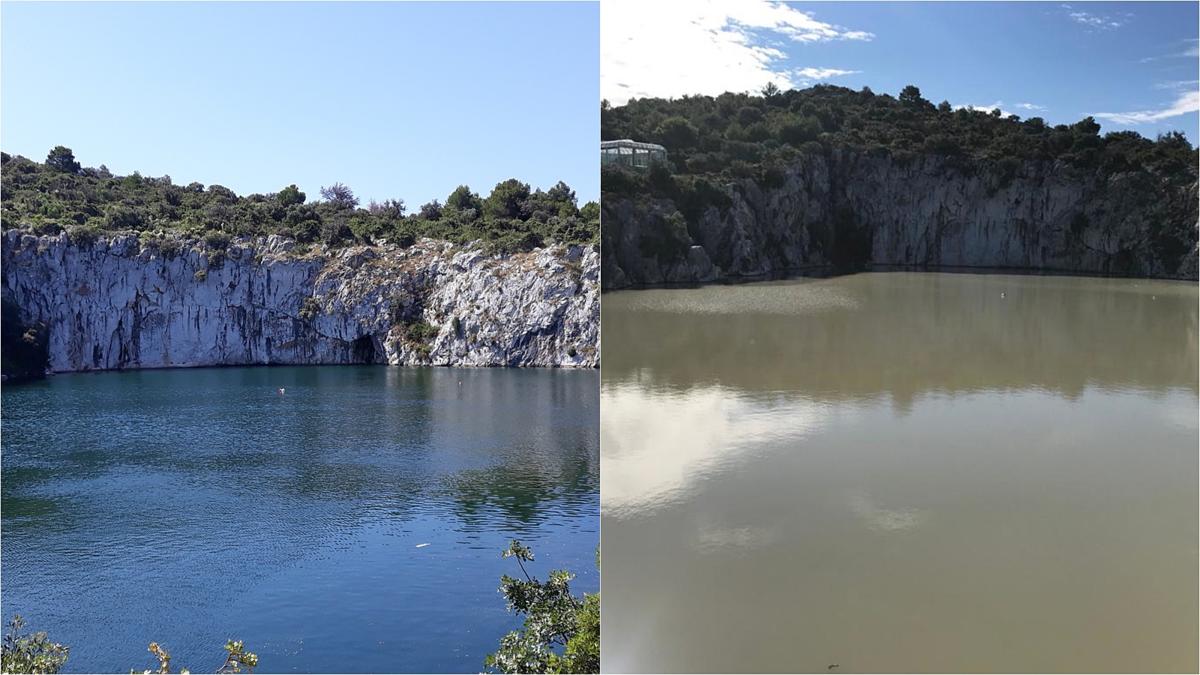