From the Surface to the Cave

Mexican tetras living in rivers and lakes can quickly adapt to the darkness in caves without changing their genome, answering an important evolutionary question. 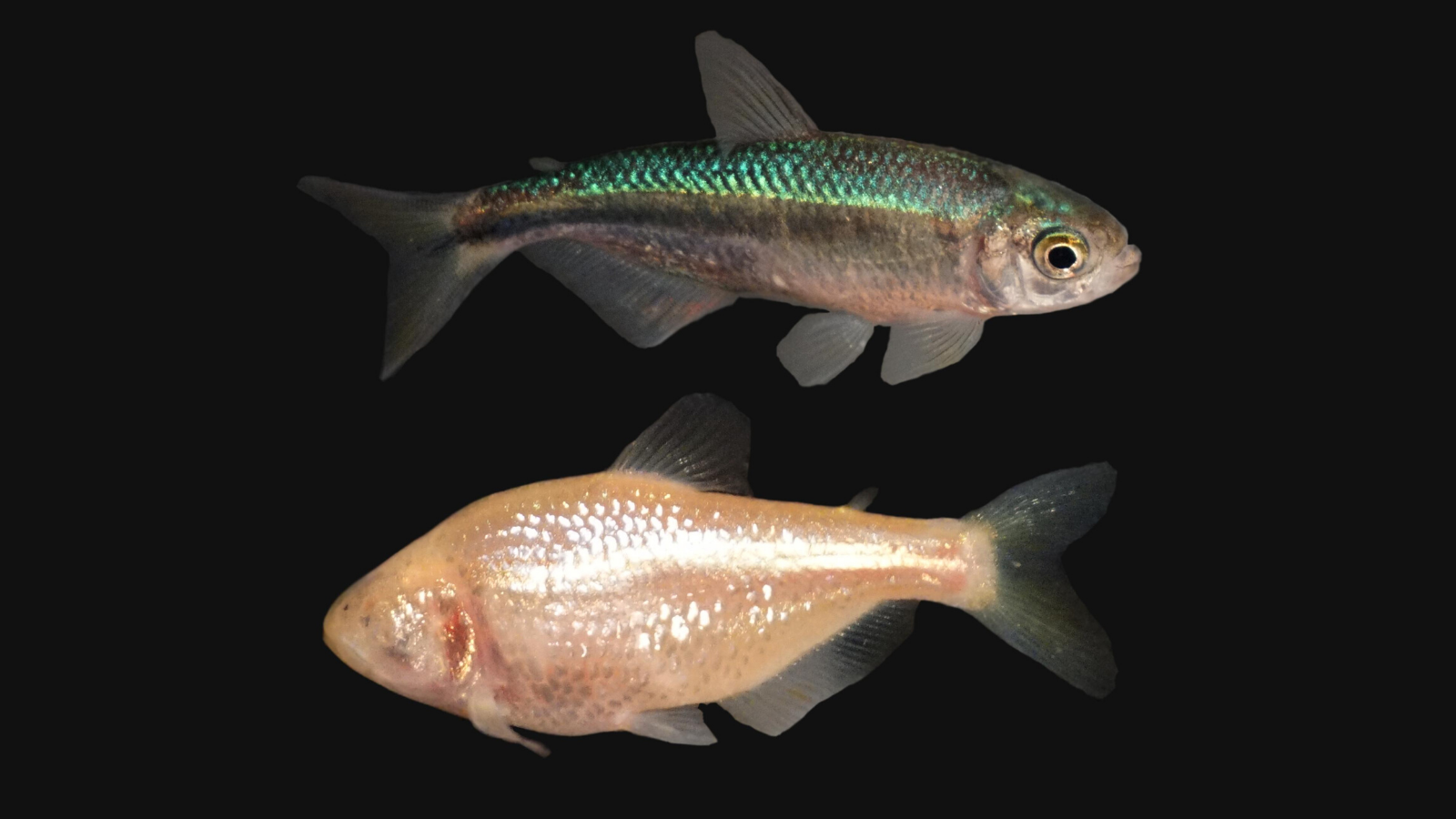 In the recent study of the Mexican tetra fish, an international team of scientists, featuring molecular biologists from the Ruđer Bošković Institute (RBI), has described the key role of phenotypic plasticity in the evolution of organisms. These results shed new light on current knowledge on how species may quickly adapt to new environments without accumulating genetic mutations. The recent study has been published in the scientific journal eLife (IF 7.55).

A widely accepted model for the evolution of cave animals posits colonization by surface ancestors followed by the acquisition of adaptations over many generations.

However, the speed of cave adaptation in some species suggests mechanisms operating over shorter timescales. To address these mechanisms, the researchers studied Astyanax mexicanus, the Mexican Tetra also known as the Mexican Blind Cavefish.

Recent studies have shown that the cave-dwelling form evolved rapidly within the last 200,000 years from an ancestor that lived at the surface.

The recent evolution of the cave-dwelling form of the tetra poses an interesting evolutionary question: how did the surface-dwelling ancestor of the tetra quickly adapt to the new and challenging environment found in the caves?

'Phenotypic plasticity' is a phenomenon through which a single set of genes can produce different observable traits depending on the environment. An example of phenotypic plasticity occurs in response to diet: in animals, poor diets can lead to an increase in the size of the digestive organs and to the animals eating more.

These traits included changes in the activity of many genes involved in diverse processes, resistance to starvation, metabolism, and levels of hormones and molecules involved in neural signaling, which could lead to changes in behavior.

However, the fish also exhibited traits, including an increase in the cells responsible for pigmentation, that would have no obvious benefit in the darkness.

Even though the changes observed require no genetic mutations, they can help or hinder the fish’s survival once they occur, possibly determining subsequent evolution.

Thus, a trait beneficial for surviving in the dark that appears simply through phenotypic plasticity may eventually be selected for and genetic mutations that encode it more reliably may appear too.

These results shed light on how species may quickly adapt to new environments without accumulating genetic mutations, which can take hundreds of thousands of years.

They also may help to explain how colonizer species succeed in challenging environments.

The principles described in the new study can be applied to different organisms adapting to new environments, and may help understand the role of phenotypic plasticity in evolution.

Phenotypic plasticity as a mechanism of cave colonization and adaptation