New protocol is using unusual photochemical reactivity and has strong commercial potential. These latest research results are published in one of the leading journals in the field, ACS Applied Materials & Interfaces. 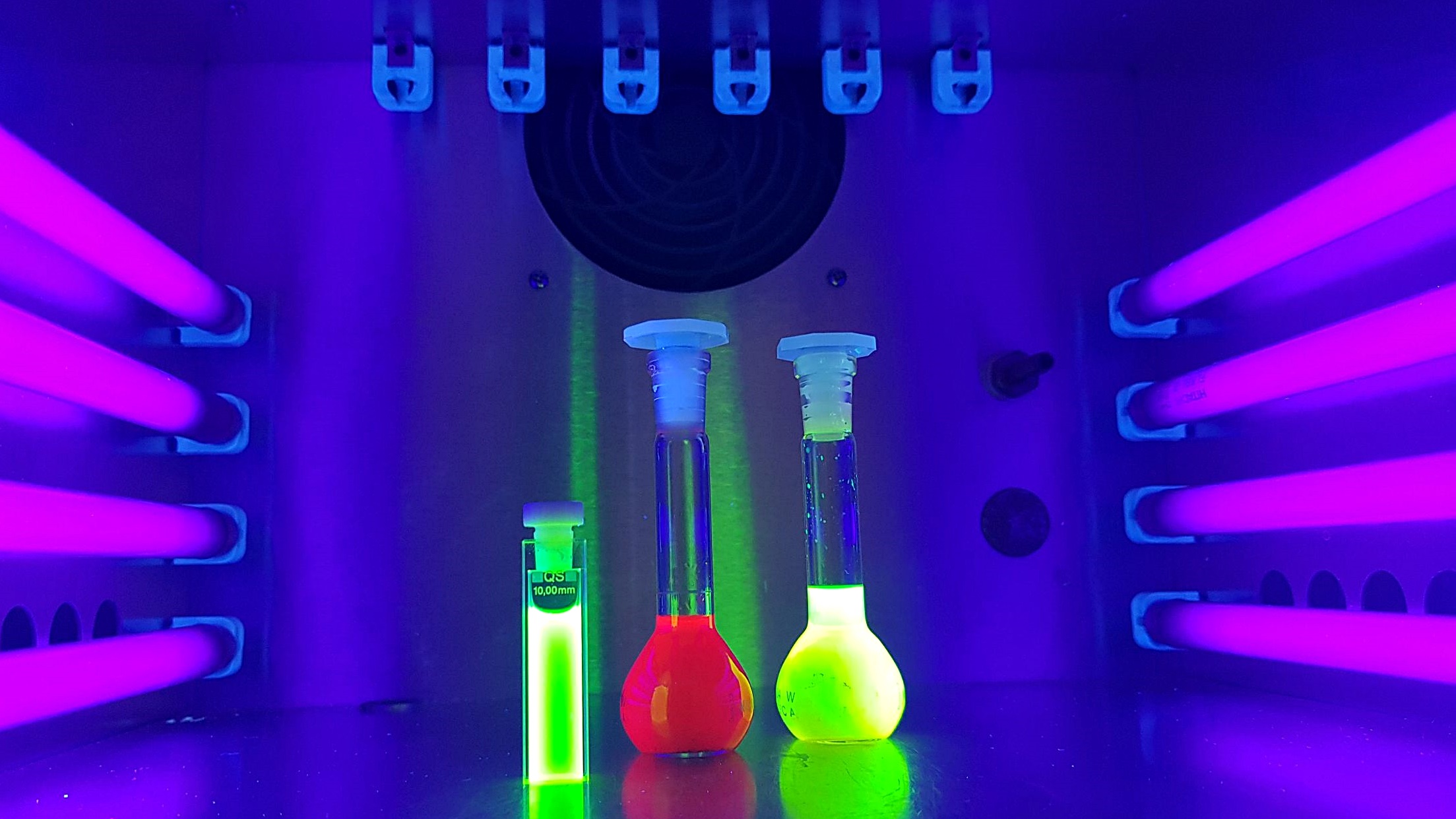 A multidisciplinary team of scientists at the Rudjer Boskovic Institute (RBI) in Zagreb, Croatia, has developed a novel protocol in fluorescent labelling of proteins based on unusual photochemical reactivity. The innovative and commercial potential of the new protocol is further backed by the pending patent application in the EU and the USA, whereas a part of the research has been published in one of the leading journals in the field 'ACS Applied Materials & Interfaces' (IF = 8,456).

The latest results are a successful outcome of a synergy of theoretical and experimental research by Croatian scientists in the fields of organic synthesis, photochemistry and biology, as well as a fruitful collaboration with Professors Cornelia Bohne and Peter Wan from the University of Victoria in Canada.

The Croatian team of chemists involving Katarina Zlatic, Dr Ivana Antol and Dr Nikola Basaric from the RBI Department of Organic Chemistry and Biochemistry and a team of biologists Dr Lidija Uzelac, Dr Ana-Matea Mikecin Drazic and Dr Marijeta Kralj from the RBI Division of Molecular Medicine have been working on the development of new dyes for the use in phototherapy of cancer for almost a decade.

The team has already filed a patent application for the new protocol, and they are looking for a potential partner in pharma, as well as companies and SMEs interested in applications of fluorescent technologies in biology to commercialize the invention.

''Our team has been working very hard on the development of new agents for the photochemical treatment of cancer, particularly for the past four years within the project funded by the Croatian Science Foundation.

Our new protocol is not based on the "photosensitization" and production of reactive singlet oxygen species, which is currently the major mechanism of photochemical anticancer treatment used in clinics. Instead, the new protocol works on the photochemical transformation of a non-harmful dye into a very reactive species 'quinone methide' which reacts with different intracellular molecules and is responsible for the cell death,'' explains Dr Nikola Basaric, the Head of the RBI Laboratory of Synthetic Organic Chemistry and HrZZ project manager.

''Since the treatment does not rely on the presence of dissolved oxygen in cells, which are often present at a very low concentration in cancer cells - the effect known as hypoxia, it represents a highly promising alternative in photochemical anticancer treatment. The selectivity of the method and minimization of the treatment side effects should be assured by selective excitation of the dye localized in the cancer tissue only, for example by use of fibre optics,'' says Dr Basaric. 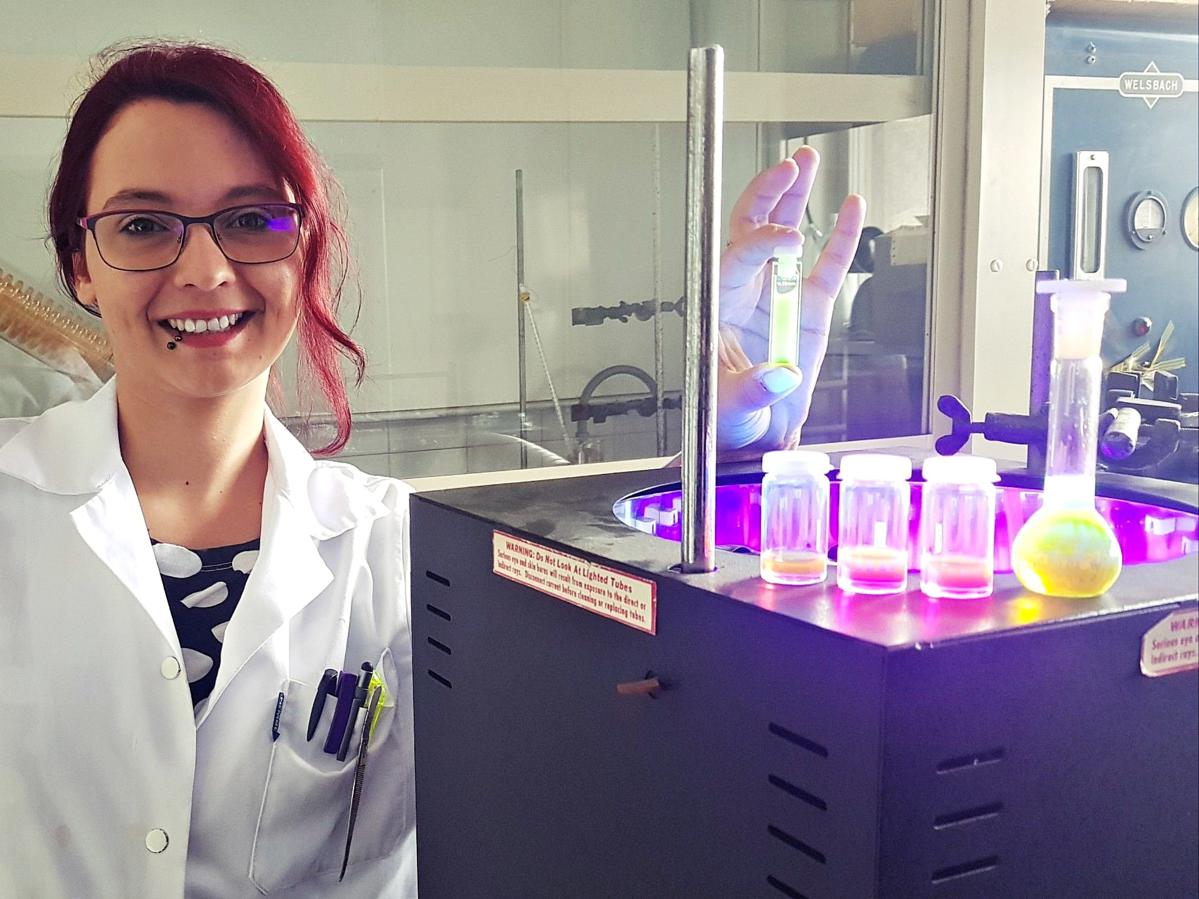 Among different classes of synthesized dyes, some molecules are highly bright and fluorescent, as well as photochemically stable, if excited by visible light. In these cases, molecules can be used as fluorescent dyes for in vitro cellular images by fluorescent microscopy.

Although molecules are photochemically stable if they are excited by visible light, their photochemical reactivity can be turned on by use of UV-light. Upon excitation with UV-light, very reactive 'higher excited singlet states' are formed which undergo ultrafast reactions and deliver the reactive species 'quinone methides'.

These quinone methides can covalently attach to proteins and allow for their visualization by fluorescence spectroscopy. The demonstration of this unusual protocol and its applicability was recognized and accepted for the publication in one of the top journals in the field from the American Chemical Society, ACS Applied Materials & Interfaces.

''We will continue our endeavours on the development of photochemically reactive dyes which can be used in anticancer therapy as well as fluorescent dyes for labelling of biomolecules. This research is planned within the scope of newly granted project by the Croatian Science Foundation, and hopefully, soon we expect to join forces with industry partner to successfully complete the commercialization of our research,'' concludes Dr Basaric.