We invite you to a lecture entitled Breaking the barrier: the NMR of membrane-active peptides, which will be delivered by Prof. Frances Separovic of the University of Melbourne at 11 a.m. on Thursday, June 28, in the Auditorium of Wing III of the RBI.

The lecture will be about melittin, a peptide toxin that kills cells by destroying the cell membrane. Understanding the mechanism by which melittin and other membrane-active peptides disrupt cell membranes could lead to new treatment methods and the development of antibiotics.

Prof. Separovic is a biophysical chemist, who has specialized in the area of nuclear magnetic resonance (NMR) spectroscopy.  She has developed solid-state NMR techniques to determine the structure and dynamics of membrane components in situ, focusing on the study of peptide antibiotics and toxins with phospholipid membranes.

She received her doctorate from the University of New South Wales while working for the Commonwealth Scientific and Industrial Research Organization (CSIRO).  After 23 years at CSIRO, including one year spent at the National Institutes of Health (NIH-USA), she joined the University of Melbourne in 1996. She is the Head of the School of Chemistry and her laboratory is part of the Bio21 Institute.

Prof. Separovic is the President of the Australian and New Zealand Society for Magnetic Resonance (ANZMAG), a member of the editorial board of the journal Concepts in Magnetic Resonance and Accounts in Chemical Research and an editor of Biochimica Biophysica Acta – Biomembranes and the European Biophysics Journal.

Most of us have felt the effect of a bee sting - but how does it actually work? The sting contains a peptide toxin, melittin, which kills cells by destroying the cell membrane. Understanding the mechanism by which melittin and other membrane-active peptides disrupt cell membranes may lead to new disease treatments and antibiotics.

Modern nuclear magnetic resonance (NMR) techniques enable in situ study of the structure and dynamics of membrane molecules and the effects of toxins and antibiotics to be unravelled. Solid-state NMR studies of aligned phospholipid membranes have been used to determine the orientation and location of antimicrobial peptides obtained from Australian tree frogs and amyloid peptides from Alzheimer’s disease.

Although the detailed structure of these peptides in membranes is difficult to determine as they disrupt the membrane bilayer, their three dimensional structure and mechanism of action has been elucidated. A range of solid-state NMR techniques was used to determine the conformation and mobility of these membrane-active peptides in order to understand how they exert their biological effect that leads to the disruption of bacterial or neuronal membranes.

The effect of the antimicrobial peptides on a variety of model membranes is strongly dependent on the lipid composition of the bilayer and correlates with selectivity for bacterial membranes and antibiotic activity. Likewise, the membrane interactions and structural changes of amyloid peptides from Alzheimer’s disease depend on the presence of cholesterol and metal ions, which have been implicated in the disease. 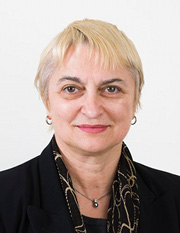