Professor Emeritus Reshef Tenne (Department of Materials and Interfaces, Weizmann Institute of Science), will deliver a lecture entitled Inorganic Nanotubes and Fullerene-Like Nanoparticles: An Update, on Friday, October 28, 2011, at 2 p.m., in the auditorium of Wing III of the Ruđer Bošković Institute.

Professor Dr. Reshef Tenne was born in Israel in 1944, where he earned bachelor’s, master’s and doctoral degrees from the Hebrew University of Jerusalem, after which he received a postdoctoral degree from the Battelle Institute in Geneva. He is currently the Director of the Helen and Milton Kimmel Center for Nanoscale Science and a professor at the Weizmann Institute of Science, where he served as the head of the Department of Materials and Interfaces from 2000 to 2007. During Professor Tenne’s career, he was a visiting professor at the Pierre et Marie Curie University (Paris, France) and the Solid State Physics Laboratory (CNRS, Muedon, France). He was also a JSPD fellow at the University of Tokyo and a DAAD fellow at the Hahn-Meitner Institute in Berlin.

Professor Tenne has received numerous awards, including the Materials Research Society Medal, Boston (2005) and the Kolthoff Prize in Chemistry of the Technion, Haifa (2005) for his work on inorganic fullerenes, the Landau Prize of Mifal Hapais in Nanotechnology, Tel-Aviv (2006), the Israel Chemical Society Excellence Prize (2008). In 2011, he became a fellow of the Royal Society of Chemistry (FRSC), a member of the Israel Academy of Sciences and the Academia Europaea.

Professor Tenne is the author of over 260 scientific papers and 20 book chapters. He has given more than 180 invited lectures. In 2008, he received the European Research Council: Advanced Research Grant, in the amount of 1.62 million EUR for a period of five years. He owns approximately 20 patents and is currently in the process of cofounding a new company, NanoMediCot. In the world, he is known for his prediction in 1992, following the discovery of carbon nanotubes, that nanoparticles of inorganic compounds with layered structures, such as MoS2, would not be stable against folding and would also form inorganic nanotubes and fullerene-like structures. Based on Professor Tenne’s research in the area of inorganic fullerenes, the company ApNano Materials (Nano Materials Ltd.) was founded, where he serves as the chief scientific adviser. In 2004, it was named one of the 21 leading companies of the 21st century by Innovation World. The same year, it received the prestigious Red Herring 100 Top Innovators Award. In 2010, the Israel Ministry of Industry and Trade named Nano Materials Ltd. the Nanotechnology Company of the Year. 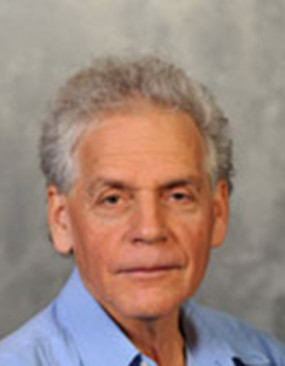