Our next step is to finalize the patent protection for the intellectual property arising from the invention which we have developed, and offer it to the companies in the field of digital image processing in the pathology in order to get the return on investment. 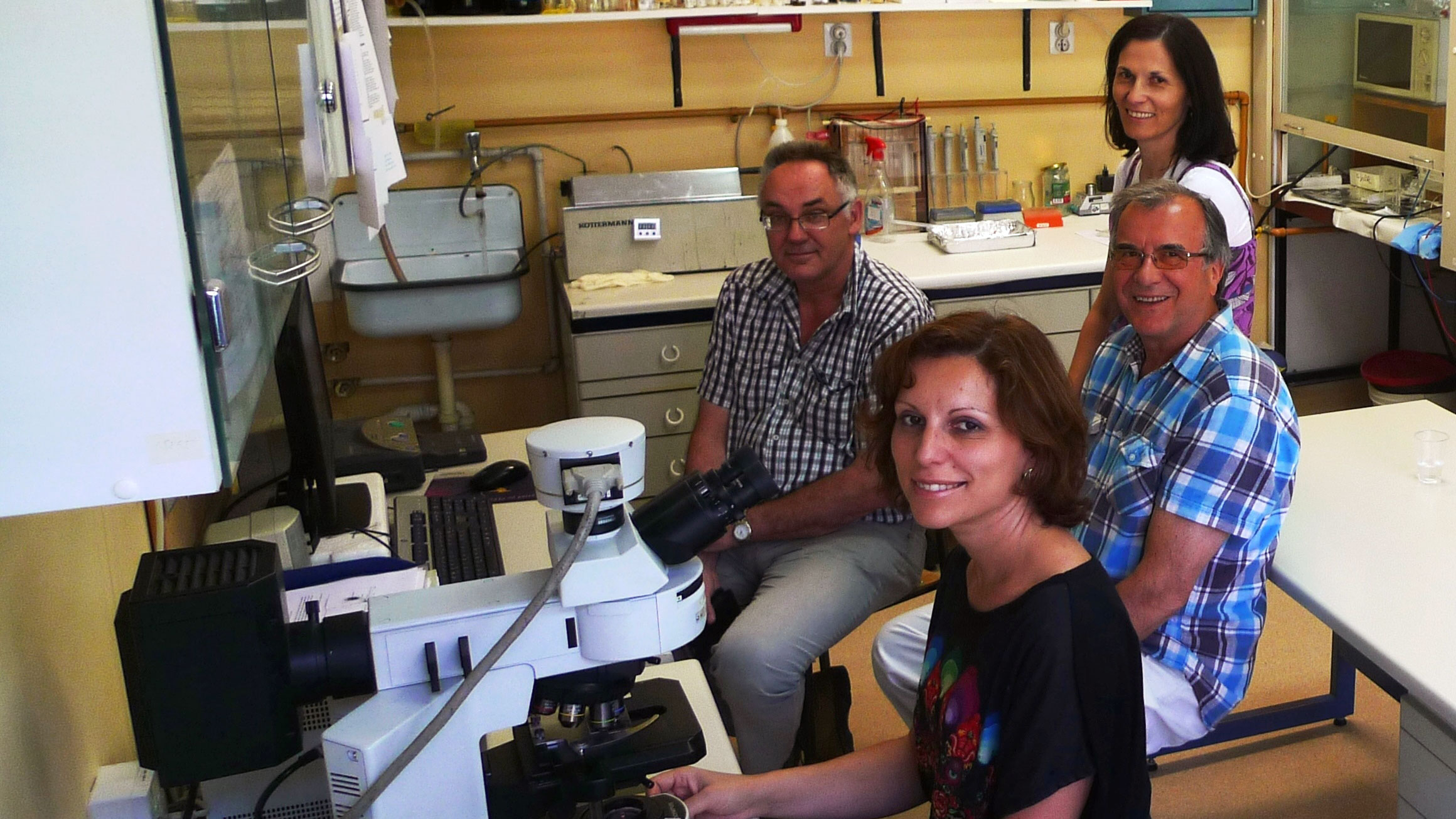 The team of scientists from the Ruđer Bošković Institute (IRB), School of Medicine from the University of Zagreb, and the Clinical Hospital Dubrava in Zagreb, has developed a new method for visualization of different tissue structures contained in the image of unstained histological specimens. Unlike methods which use chemical reagents for colouring histological specimens, this newly developed method enables simultaneous display of several different structures of the histological specimens in different colours within a single image. The method is protected by patent applications to the USA, the EU and Canada, and described in the paper published by one of the leading interdisciplinary scientific journals Scientific Reports (IF 5:58) released by the Nature Publishing Group.

For decades now, professionals have been using various kinds of chemical reagents for colouring histological specimens with the aim of obtaining the visual contrast between different tissue structures that are present in the specimen. Among other things, these methods enable pathologists to distinguish healthy tissue from the one affected by cell carcinoma. In the image, these changes appear as within one narrow colour pallet. However, the use of reagents may have some negative effects and may result in different chemical and morphological changes of the specimens.

''Namely, these reagents selectively bind themselves to typical structures and it is usually one to two structures at the same time, which means that pathologists have no possibility of simultaneous differentiation of a number of structures in one tissue specimen. This means that you need a larger number of samples to be stained with different reagents in order to discriminate multiple tissue structures, which can lead to variation in quality, time and cost of colouring.'' - explains dr. Ivica Kopriva, Senior Research Fellow at the RBI Division of Laser and Atomic Research and Development and leading author of the paper.

For these reasons, nowadays scientists are making great efforts to develop methods of digital image colouring of unstained histological specimens. However, low-contrast images, such as colour microscopic images of unstained histological specimens, are composed of objects with highly correlated spectral profiles. Such images are very hard to segment.

In the paper titled: ‘’Unsupervised segmentation of low-contrast multichannel images: discrimination of tissue components in microscopic images of unstained specimens’’ the RBI scientists Ivica Kopriva, Marijana Popovic Hadžija and Mirko Hadžija, in collaboration with Assistant Professor Gorana Aralica (Zagreb School of Medicine, University of Zagreb and CH Dubrava), presented a method that nonlinearly maps low-contrast colour image into an image with an increased number of non-physical channels and a decreased correlation between spectral profiles.

''The developed method does not allow for automated diagnosis, but may assist a pathologist in setting the diagnosis.'' - says Kopriva.

''Our next step is to finalize the patent protection for the intellectual property arising from the invention which we have developed, and offer it to the companies in the field of digital image processing in the pathology in order to get the return on investment.'' – concludes Kopriva.

The method was developed in the framework of a three-year research project "Analysis of nonlinear components with applications in chemometrics and pathology" funded by the Croatian Science Foundation in the amount of 997,599.00 HRK.

The project brings together scientists from the RBI Division of Laser and Atomic Research and Development, RBI Division of Molecular Medicine, RBI Division for Organic Chemistry and Biochemistry, and the Department of Pathology and Cytology of the CH Dubrava and School of Medicine, University of Zagreb.