At a meeting of the Board of Governors of the Ruđer Bošković Institute held on July 6, 2012, Dr. Tome Antičić was chosen as the Director General of the RBI with a mandate of four years.

Five candidates for the position of the Director General of the RBI had presented their programs for managing the Institute on June 18, 2012, at a joint session of the Scientific Council and the Board of Governors.

After considering the opinions of the Hiring Committee and the Scientific Council, the Board of Governors appointed Tome Antičić, Ph.D., as the Director General of the RBI, with a mandate from 2012 to 2016.

Dr. Tome Antičić is a distinguished scientist with a considerable international reputation. In his scientific career to date, he has published 94 papers listed in the Current Contents database, which have been cited over 2,600 times with an H-index of 28.

Since 2008, he has been Head of the Division of Experimental Physics (DEP) at the RBI. Under his leadership, the DEP quickly grew into the most successful division at the Institute.  Out of a total of 16  FP7 projects at the RBI, the DEP has 9, valued at over 15 million HRK.  In addition to European projects, the Division is involved in a large number of other international projects, including NATO and IAEA projects, as well as international contracts from which it receives a substantial income. The DEP produces the highest number of published scientific papers at the RBI.

Dr. Antičić is also the Coordinator of the FP7 project Particle Detectors, worth over eight million HRK, which is not only the largest physics project at the RBI but also in Croatia. The project combines the experimental activities of the majority of the laboratories at the Division of Experimental Physics. The RBI will have an active role in its realization in the experimental upgrading of CERN’s silicon detectors.

Dr. Antičić began his scientific career at the University of London, from which he received a bachelor’s degree in physics with first class honors in 1990. He earned his master’s degree in theoretical physics from the University of Cambridge in 1991 and his doctorate in experimental high energy physics from Johns Hopkins University, Baltimore (USA), in 1997.  He conducted most of his research for his doctorate as part of the L3 experiment at CERN, where he is currently engaged in studying foreign particles in the NA61 experiment, in which he conducts hyperon analysis and has a key role in data calibration.

Dr. Marin Roje will continue to serve as the acting Director General of the RBI until Dr. Antičić assumes his new post. 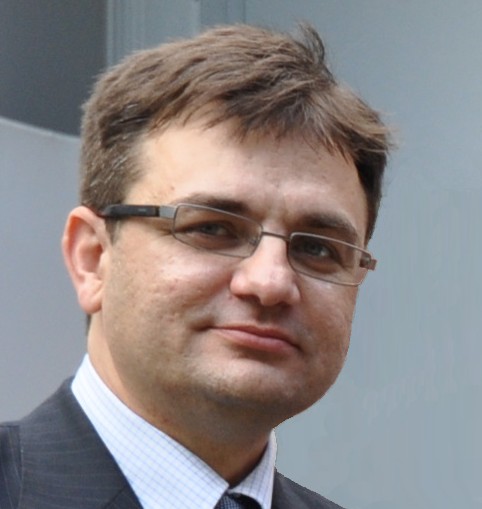