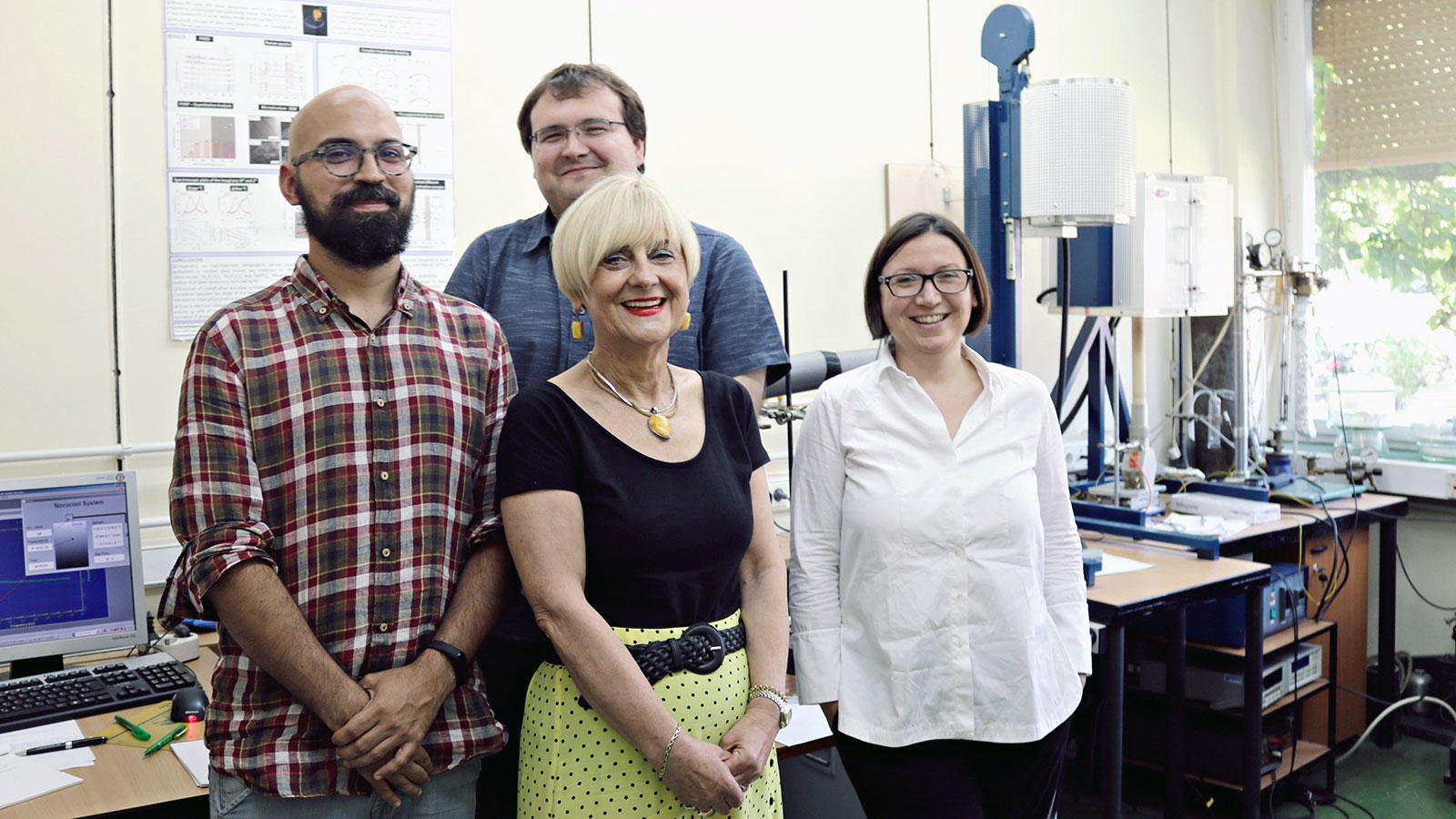 This extensive study reports on the electrical properties of zinc phosphate glasses in which Li2O, Na2O and Ag2O is gradually substituted by the transition metal oxides (WO3 and MoO3) and reveals how the application of simple model-free approach for analysing conductivity spectra can be effective in revealing the underlying complexity of  processes in ionic and mixed ion-polaron transport.

Electrically conducting oxide glasses belong to the class of materials that has been intensively studied over the last several decades due to their application either as electrolyte, electrode material or other specific components in a wide range of modern electrochemical devices; from solid-state batteries, fuel cells, to smart windows and chemical sensors.

On the other hand, oxide glasses containing alkali oxides display ionic conductivity which depends on the concentration and the mobility of alkali ions. However, the electrical transport in mixed ion-polaron glasses which contain transition metal oxide in combination with the alkali oxide is even more complicated as they exhibit either ionic, polaronic or mixed polaronic-ionic conductivity depending on the glass composition. In these glasses, the electrical transport depends on many factors including the additional effect of the interactions between ions and polarons.

In this study, conductivity spectra of six series of zinc phosphate glasses in which Li2O/Na2O/Ag2O has been gradually replaced by WO3/MoO3 were measured by impedance spectroscopy in a wide temperature and frequency range. The frequency-dependent conductivity of glasses was analysed in terms of their scaling properties to examine the validity of time-temperature superposition principle, by attempting to superimpose the conductivity isotherms on each other using suitable shift factors which themselves are frequency-independent.

In literature many scaling procedures with different shift factors are widely used. In this study, two important procedures which are known as Summerfield and Sidebottom scaling, and that have physical significance were employed. Of the two, Sidebottom scaling is more general and is found valid for each individual glass confirming that all glasses obey time-temperature superposition principle. This in turn implies that the conduction mechanism in each glass does not change with temperature, and that we can determine conductivity values that lie outside experimentally accessible range.

Furthermore, richer information could be gained when employing the Summerfield scaling procedure, which was found non-valid in some glasses. In glasses containing 10 to 15 mol% of Li2O/Na2O/Ag2O and 30 to 40 mol% of WO3 its non-validity revealed the presence of mixed ion-polaron conductivity due to significant amounts of both ions and polarons.

However, its non-validity in glasses that contain more than 20 mol% of Li2O suggests a non-typical transport behaviour of Li+ ions in which their characteristic hopping distance is not constant but increases with temperature. In particular, for the pure ionic glass containing Li2O, this non-validity is an especially rare example amongst systems with single-alkali ions, and it could be attributed to the effect of the compact zinc phosphate network on the mobility of lithium ions, highlighting the important role of the local structural environment in ionic transport.