In the successful computational study, the RBI scientists explained that small chemical changes in the enzyme's active site affect the dynamics of proteins which are important for the proper functioning of cells.

A team of researchers of the RBI Group for Computational Life Sciences have shed new light on the mystery of the functioning of radical enzymes, important for the future understanding of numerous metabolic processes. These results were published in the prestigious scientific journal 'Chemistry - A European Journal' (IF = 5.16). Furthermore, the editorial board categorized this study as a ‘Hot Paper' in the field of protein dynamics and featured it on its cover. 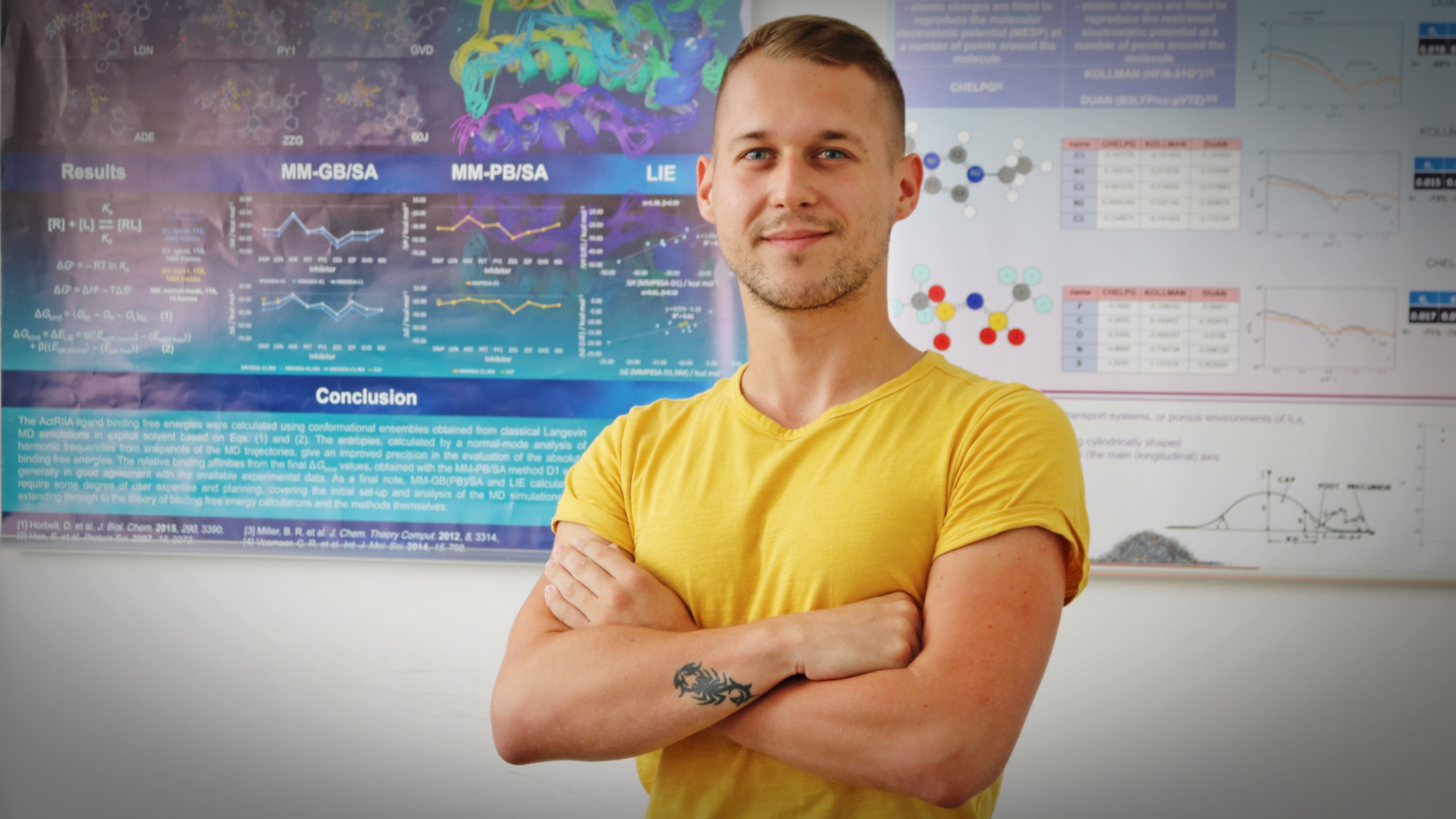 ''Our group has been achieving great results in the field of enzyme catalysis for many years. We are mainly doing a computer study of the reaction mechanisms of radical enzymes and other biologically important systems to investigate their potential industrial applications, for example in the design of new drugs.

Our latest study has been evaluated as quite important since these results demonstrate how small chemical changes in the active site of an enzyme can lead to an increase in its flexibility. This directly links enzyme structure to its function,’’ explains Marko Hanževački, who has just been wrapping up his doctoral dissertation, largely based on this latest study.

''We conducted a major part of this research under the project supported by the Croatian Science Foundation 'Computational Solutions in Biosciences: The Role of Molecular Flexibility (CompSoLS-MolFlex), which was granted to my mentor and project manager at that time, Dr David M. Smith in 2014, ‘’ explains Hanževački.

In addition, the smaller part of the research was supported by the European Research Council (ERC) project - MEMBRANESACT (Biological Membranes in Action: A Unified Approach to Complexation, Scaffolding and Active Transport), awarded to Prof Ana-Sunčana Smith in 2013.

The enzyme pyruvate formate-lyase (PFL) plays a key role in the anaerobic glucose metabolism of many microbes. (PFL) catalyzes the reversible conversion of pyruvate and coenzyme A (CoA) into formate and acetyl‐CoA in two half‐reactions. For the second half‐reaction to take place, the S−H group of CoA must enter the active site of the enzyme to retrieve a protein‐bound acetyl group. However, CoA is bound at the protein surface and the active site is buried in the protein's interior, about 20–30 Å away. The mechanism of CoA entry has remained unclear so far.

To shed light on this mechanism, the RBI researchers have performed extensive molecular dynamics (MD) simulations on both acetylated (Ac) and non-acetylated model systems of PFL. These models represent PFL before and after the first half‐reaction and were used to examine the possible effect of enzyme acetylation.

The team showed that the acetylated forms of PFL have an enhanced flexibility in the active site. This results in a series of subtle structural rearrangements, which increase the probability of finding the CoA entry channel in an "open" state (pictured right). This result suggests that the acetylation of the enzyme has an important functional role: The formation of the acyl intermediate initiates a subtle signaling cascade that influences the protein dynamics and facilitates the entry of the second substrate.

''When we received an invitation from the editorial board for the cover, we wanted to vividly depict the long path that the coenzyme needed to cross as to reach the active site and access the acetyl group. Since the availability of suitable paths is not obvious, we figured out that we would present coenzyme like an octopus, which usually keeps its tentacles wound while looking for a possible path to bring its treasure to light, just like our coenzyme,'' explaines Hanževački.

On top of that, the editorial board further highlighted this work in the special article published by the journal 'ChemistryViews'. This journal brings together chemical societies across Europe with an aim to raise the visibility and reach of important research findings in a particular field. 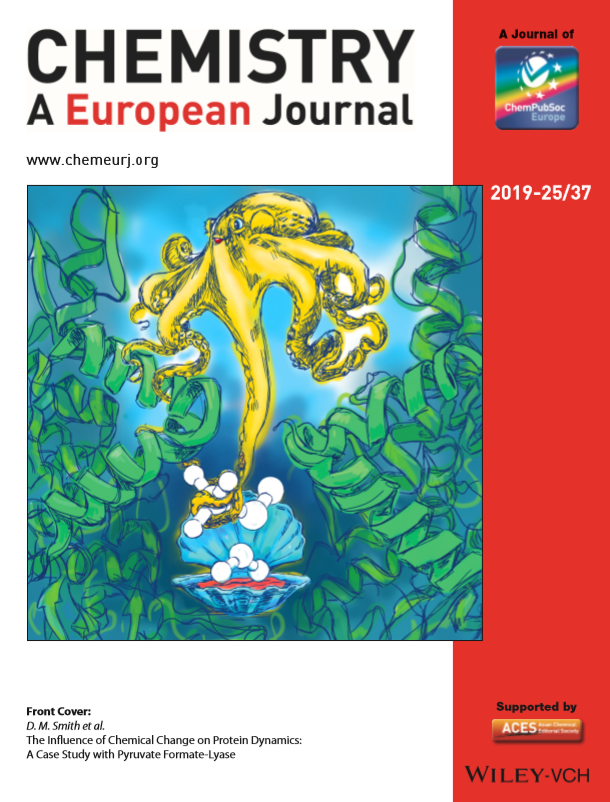 This kind of research has been gaining increasing interest in medicine, while showing great potential for industrial applications focused on protein engineering, biocatalysis, and the design of novel drugs, particularly since it has been proved that radical enzymes participate in many important metabolic processes and are associated with many human diseases.

The Influence of Chemical Change on Protein Dynamics: A Case Study with Pyruvate Formate‐Lyase