This comprehensive programme included series of popular lectures by distinguished experts on life, work and impact of Nikola Tesla on contemporary civilization, Tesla exhibition by academic sculptor Pero Jelisić, and a closing wreath-laying ceremony at the Tesla monument in the Zagreb City Centre.

The Bošković - Tesla Synergy is not clearly articulated to the public, although one of the most commonly used and seen images of Tesla is exactly the one showing Nikola Tesla as comfortably sitting in his chair and reading a book by Ruđer Bošković: Theoria Philosophiae Naturalis, thus inviting us to explore how Nikola Tesla, in many aspects of his work actually drew inspiration from the life and works of Ruđer Bošković.

By this comprehensive programme Ruđer Bošković Institute wanted to raise public awareness to the initiative, launched by the Association Nikola Tesla - Genius for the Future to mark the date of Tesla's birth as an International Day of Science, Technology and Innovation. Also, RBI wanted to inform the public about the initiative to set up the science park ‘’Ruđer – Tesla’’ at the RBI in honour of the two remarkable men who entrusted the mankind with their inventions, and in honour of the Croatian great artist and sculptor Ivan Mestrovic, who recognized the link and synergy between these two geniuses, which he demonstrated by creating a 'monumental pair' Ruđer Bošković (1937) and Nikola Tesla (1955./56.g.) which he donated to Ruđer Bošković Institute.

Nikola Tesla was a great humanist, a distinguished scientific genius and a poet of science.

Mayor of the City of New York, Fiorello Laguardia in his eulogy to Tesla broadcast on New York Radio, January 10, 1943

Tesla was born on 10 July 1856 in the town of Smiljan in the region of Lika in Croatia. Apart from inventing the modern AC electrical supply system, Tesla is also known for his high-voltage, high frequency power experiments in New York and Colorado Springs which included patented devices and theoretical work used in the invention of radio communication, for his X-ray experiments, and for his attempts at intercontinental wireless transmission.

His most fruitful creative period dated from 1889 onwards, and was marked with experiments concerning high-frequency currents and their applications. In that period, he registered patents related to the electrical lightening. Almost at the same time, he stared with experiments in the area of radio-engineering and on methods of wireless electrical power transfer.

Out of some 700 inventions attributed to Nikola Tesla, several dozen have been widely applied in practice. Thus today, the high-frequency resonance transformers we call Tesla transformer, as well as currents resulting from its work bear his name.

The history remembers him as the author of the first alternating current hydro-power plant erected at the Niagara Falls, as well as he was the first to demonstrate a ship wireless distance control. Nikola Tesla explored the Earth electromagnetic field, and is also linked to the X-Rays discovery, to the possibility of breaking of an atomic nucleus by means of electrostatic high-voltage generators and with many other, still insufficiently revealed, accomplishments.

"As a son of this country I consider it is my duty to help the City of Zagreb in every way, either through counsel or action" said Tesla in his address to the City Council proposing to build an alternating current power station on 24 May 1892. It is our duty to pay him tribute and give him the place he deserves in the history of the mankind. 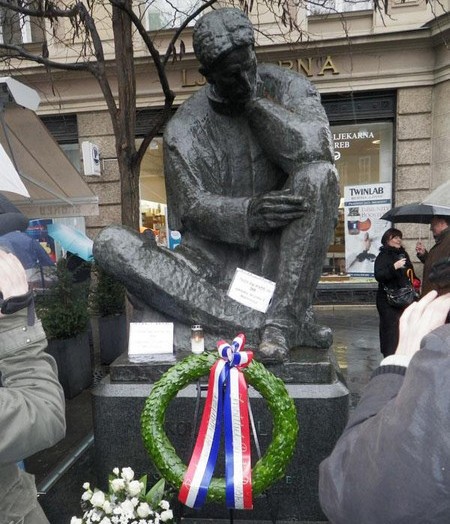