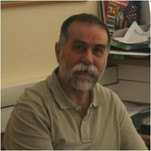 Dr. Marijan Ahel of the Center for Marine and Environmental Research is a coauthor of an article entitled “The structure and catalytic mechanism of a poly(ADP-ribose) glycohydrolase”, which was recently published in the prestigious journal Nature. In the article, the crystal structure and mechanism of PARG are described for the first time. This discovery, in addition to its great fundamental significance, also provides a potential methodological advantage in finding a PARG inhibitor that could be used in the treatment of some diseases such as breast and ovarian cancers.

The cellular mechanisms that maintain genome stability are crucial for the survival of all living organisms. One of the key chemical signals that regulate the activity of proteins included in the maintenance of genome stability is poly ADP-ribosylation. The intensity of this signal regulates the enzyme poly ADP-ribose glycohydrolase (PARG). PARG is the only known protein capable of the enzyme cleavage of poly ADP-ribose, and its deficiency in cells leads to cellular death.

The specific role of the Zagreb part of the interdisciplinary research team was to analyze the enzymatic products of PARG using ultra-high performance liquid chromatography coupled with mass spectrometry (UPLC/Q-TOFMS). Reliable evidence has been obtained that the product of the enzymatic reaction is monomeric ADP-ribose.

The principal investigator of this significant project is Dr. Ivan Ahel, group leader at the Paterson Institute for Cancer Research in Manchester, Great Britain, who in recent years has successfully been involved with the regulatory mechanisms of DNA repair, including poly ADP-riboslylation protein. Collaboration with the research group of Dr. Ivan Ahel, who began his scientific career at the Ruđer Bošković Institute, was initiated in 2010 at the proposal of the Unity through Knowledge Fund (UKF) Project of the Ministry of Science, Education and Sports, entitled “Structural and functional studies of poly(ADP-ribose)-degrading enzymes from bacteria and eukaryotes.”

Immediately upon publication, the paper was reviewed in the distinguished journal Structure (Structure 19, 2011, 1351-1353), which highlighted its key contribution in the understanding of poly ADP-ribosylation as a post-translational modification.