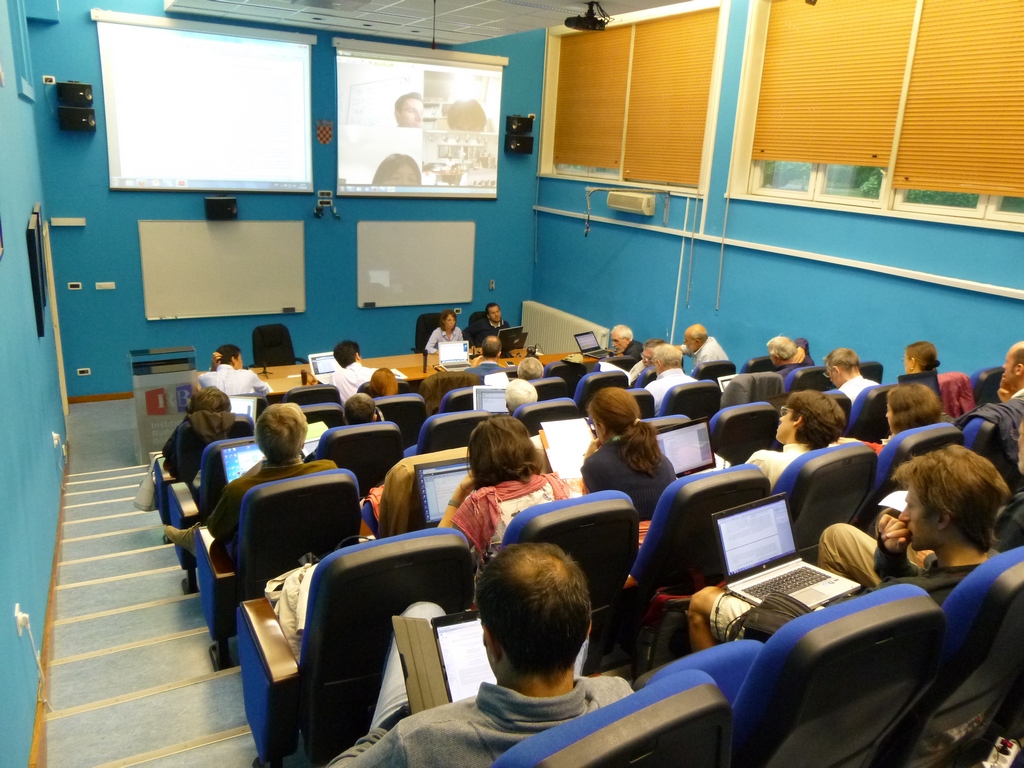 Recently, the Ruđer Bošković Institute hosted a general meeting of the CERN's international OPERA Collaboration. The meeting brought together 40 scientists from all around the world to discuss the latest results in research tauon neutrino.

OPERA was designed and guided by a large international team of researchers from all around the world. The experiment began in 2006, in the year when the first "normal" muon neutrinos were detected after a trip of 730 kilometres from CERN, covered in about 2.4 milliseconds of light speed. This launched a careful and tireless quest for tiny and very special signal induced by a tau neutrino.

The OPERA experiment has been designed to perform the most straightforward test of the phenomenon of neutrino oscillations. This experiment exploits the CNGS high-intensity and high-energy beam of muon neutrinos produced at the CERN SPS in Geneva pointing towards the LNGS underground laboratory at Gran Sasso, 730 km away in central Italy.

The RBI scientists from the Laboratory of Electromagnetic and Weak Interactions Ante Ljubičić, Mario Stipčević and Krešimir Jakovčić have participated in the project from the beginning, and Budimir Kliček joined the RBI team later.

OPERA is located in the Hall C of LNGS and it is aimed at detecting for the first time the appearance of tau-neutrinos from the transmutation (oscillation) of muon-neutrinos during their 3 millisecond travel from Geneva to Gran Sasso. In OPERA, tau-leptons resulting from the interaction of tau-neutrinos will be observed in "bricks" of photographic emulsion films interleaved with lead plates. The apparatus contains about 150000 of such bricks for a total mass of 1300 tons and is complemented by electronic detectors (trackers and spectrometers) and ancillary infrastructure. Its construction has been completed in spring 2008 and the experiment is currently in data taking.