The latest paper by Robert Vianello, PhD and professor Zvonimir Maksić on very strong superacids was published on the cover of the new edition of New Journal of Chemistry, one of the most reputable scientific journals in the field of chemistry published by the British Royal Society of Chemistry and French Centre National de la Recherche Scientifique (CNRS).

The Institute`s scientists from the Quantum Organic Chemistry Group have been successfully engaged in the quantum computer design of the organic superacids for the last four years, during which they predicted the existence of whole classes of new and unknown superacids. In their latest work 'The engineering of powerful non-ionic superacids in silico - and DFT-B3LYP study of open chain polycyanopolyenes' they suggest synthesis of the compound with a more dramatic increase in acidity than superacids. Specifically, the latest research results of cyanopolyene acidity show that open polyene chains, enriched by cyano groups have very high acidity, thus coming closer to the acidity threshold of 245 kcal mol-1 that characterizes hyperacids.

For their research Prof. Zvonimir Maksic, distinguished scientist at the Ruđer Bošković Institute and Robert Vianello have received numerous acknowledgements and awards, among other Prof. Maksić received the City of Zagreb award in 1976 and national award 'Ruđer Bošković' in 1987, while Robert Vianello received the National Award for Science for 2005 and the 'Leopold Ruzička' award granted by the Croatian Chemical Society in 2006. 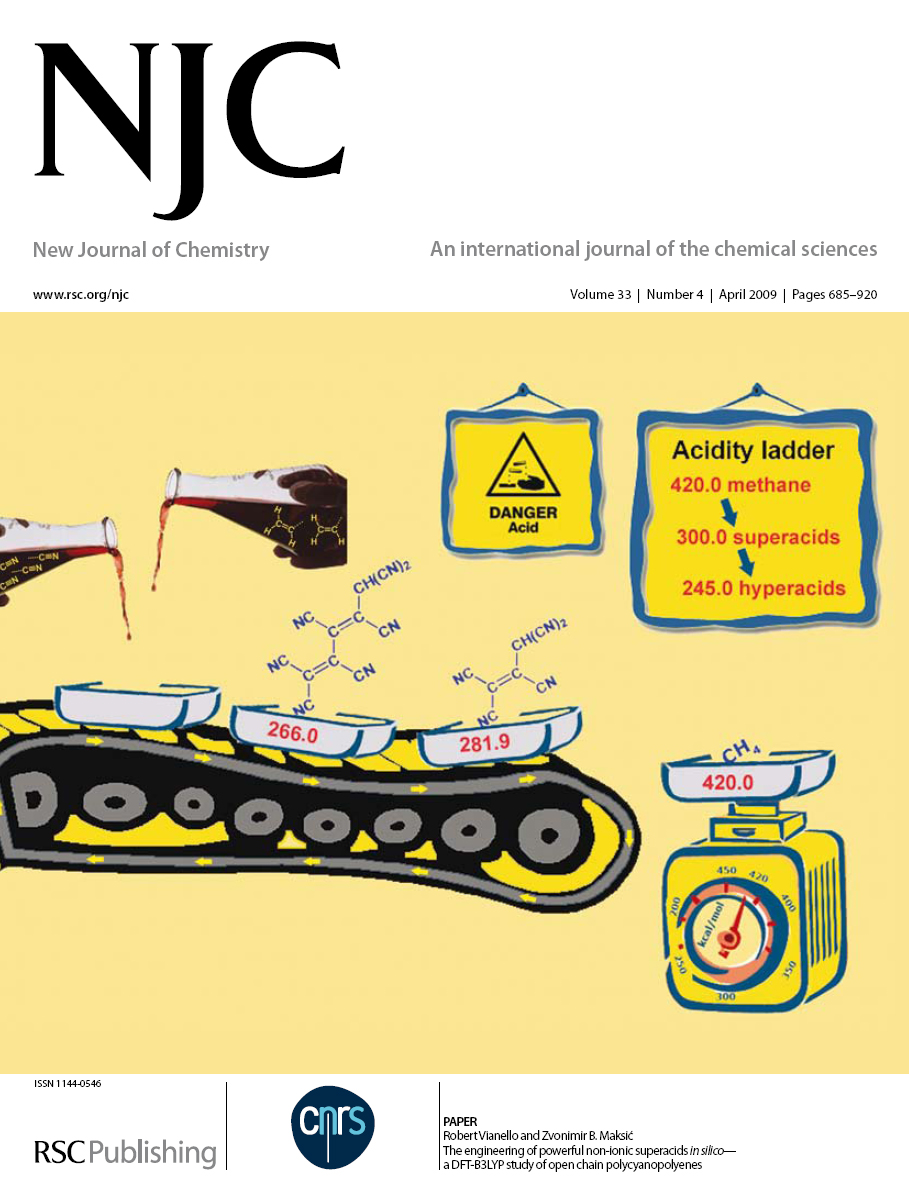