Neutron stars are extremely dense objects with masses around that of the Sun but with diameters of only about 10 km. They are like atomic nuclei the size of a small city. They rotate extremely rapidly and regularly, with periods between 1/1000th of a second and 10 seconds. 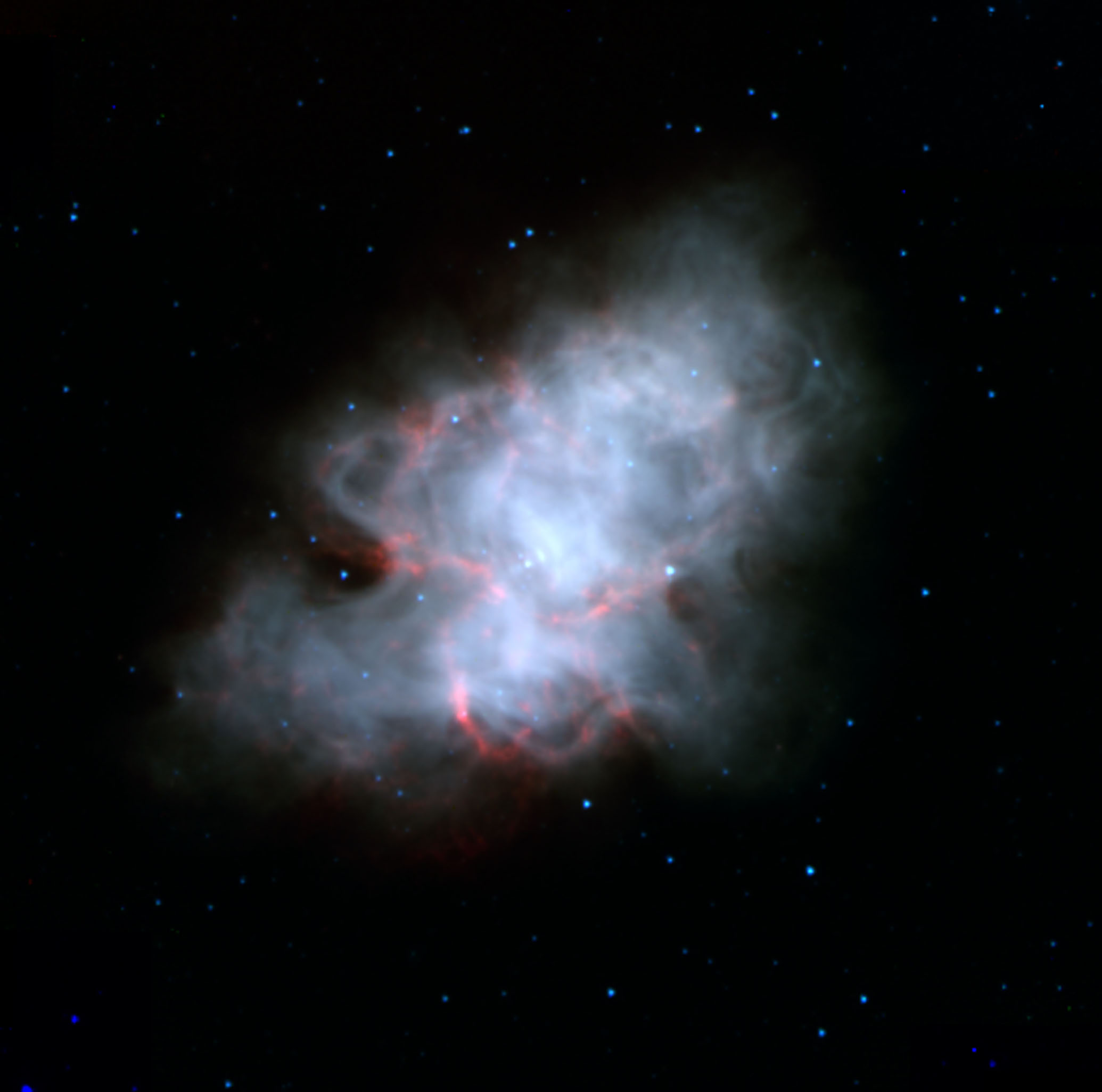 Their combined fast rotation and super--strong magnetic fields produce intense electrical potentials at the neutron star that continuously generate charged particles, mainly electrons and positrons (positively charged anti-electrons). These particles stream outward along the magnetic field lines that rotate with the star, emitting beamed radiation throughout the electromagnetic spectrum from radio waves to gamma rays. Whenever the beam crosses our line of sight we see a pulse of emission, much like a lighthouse seen from a distance.

The Crab pulsar and its surrounding nebula are the only case for which the violent birth originating event was observed and for which the age is certain so it is THE essential test of all of our understanding of the properties neutron stars.

A few years ago the MAGIC telescope discovered gamma rays from the Crab pulsar at energies above 25 GeV, which was a big surprise. Scientists concluded that this radiation had to be produced at least 60 km above the neutron star’s surface, because the high energy photons are shielded very effectively by the magnetic field of the star. As a consequence, a source of gamma rays located very close to its surface could not be detected at such high energies, which ruled out one of the main theories of the periodic emission from the Crab pulsar.

About one and a half years ago MAGIC detected gamma-rays at higher energy, 100 GeV.
Only half a year ago, the VERITAS collaboration detected pulsed gamma rays with energies above 100 GeV that, again, far exceeded expectations. Now, after the analysis of data collected over the last two years, the MAGIC collaboration presents the most detailed and precise measurement of the periodic emission throughout the energy range of 50 - 400 GeV and shows that the duration of pulses is only one thousandth of a second.

The recent measurements by MAGIC, together with those of the orbiting Fermi satellite at much lower energies, provide an uninterrupted spectrum of the pulses from 0.1 GeV to 400 GeV. These clear observational results create major difficulties for most of the existing pulsar theories that predict significantly lower limits for highest energy emission.

A new model explains the phenomenon by a cascade-like process producing secondary particles that potentially overcome the barrier of the pulsar magnetosphere. Another explanation, recently reported in the journal Nature, connects our observations with the equally puzzling physics of the pulsar wind – an outflow composed of electrons, positrons and electromagnetic radiation that merges into and powers the surrounding nebula. But although these new models may explain the extreme high energies and the short duration of the pulses, further refinements are necessary to reproduce the observational results and, clearly, future observations are needed to solve the puzzle.