The Engine of the Crab Nebula

MAGIC telescopes observe a pulsar at the highest energies yet achieved and strongly challenge current theories for the emission. 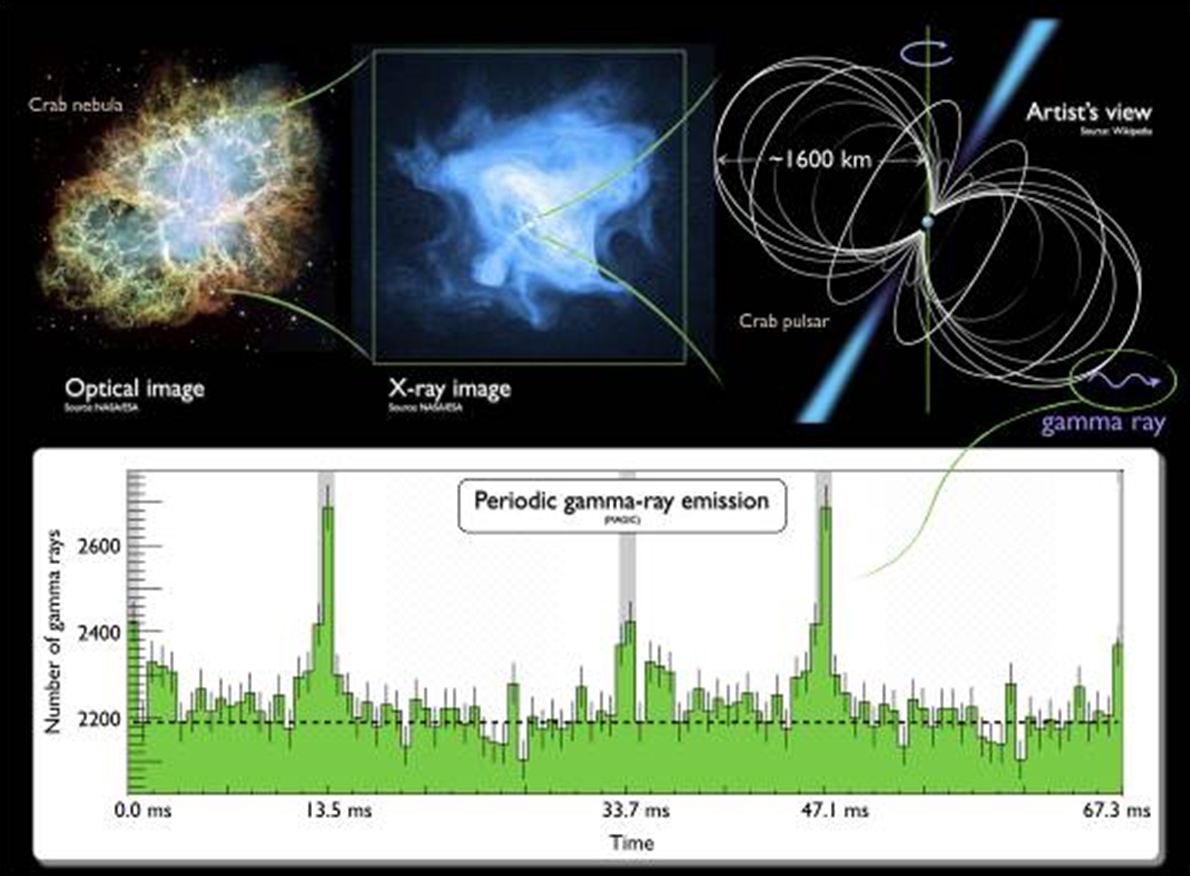 The pulsar at the heart of the famous Crab nebula is bursting with energy. This was just confirmed by the MAGIC (Major Atmospheric Gamma-Ray Imaging Cherenkov) collaboration operating two large telescopes on the Canary island La Palma.

The MAGIC telescopes have been used to observe the pulsar in gamma rays above 50 GeV, an inaccessible energy for most high energy instruments, and have detected periodic pulsed emission at energies as high as 400 GeV. This is 50-100 times higher than predicted by current theoretical models.

The central star in the Crab nebula is a neutron star and one of the best known pulsars. It rotates 30 times per second and has an intense magnetic field, 100 million Tesla -- 1000 billion times stronger than the Earth's. The pulsar and the nebula, located at a distance of about 6000 light years from Earth in the constellation of Taurus, are the remnants of the supernova that exploded in the summer of 1054 AD that was visible to the naked eye even in the day sky for months.

At the initiative of Prof. Daniel Ferenc, Ph.D. (currently at the University of California, Davis), who is one of the pioneers in high energy gamma astronomy in Europe, Croatian scientists assembled at the Croatian MAGIC Consortium in 2008 became members of the MAGIC collaboration. 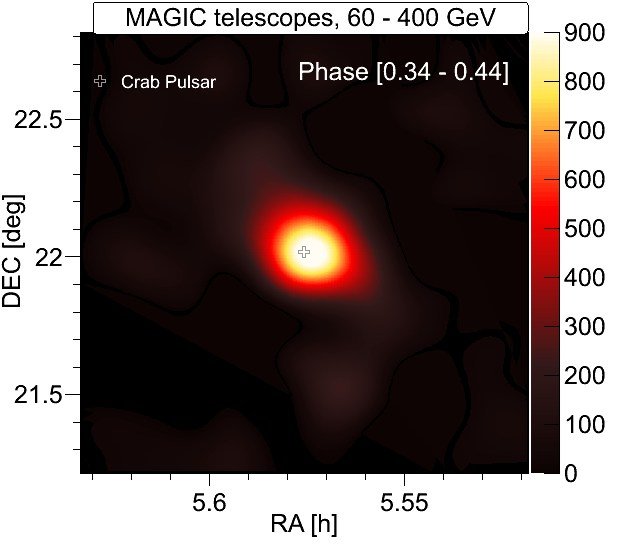 The Croatian group contributed to this significant outcome by participating in data collection, daily verification of the quality of the collected data (during observation of the Crab nebula and pulsars) and the precision of the time base, which is necessary for the accurate measurement of the periodicity and duration of the pulses of gamma-rays. The research assistant Iva Šnidarić also participated in testing the methods of analysis.