"Thank you for the inspiration for the future! We had a blast! There were so many new things to learn!"  These are just some of the enthusiastic messages written by the youngest visitors in the book of impressions at the today's Open Day (ODI) of the Ruđer Bošković Institute (RBI), which attracted over 3,000 visitors during a seven-hour program. 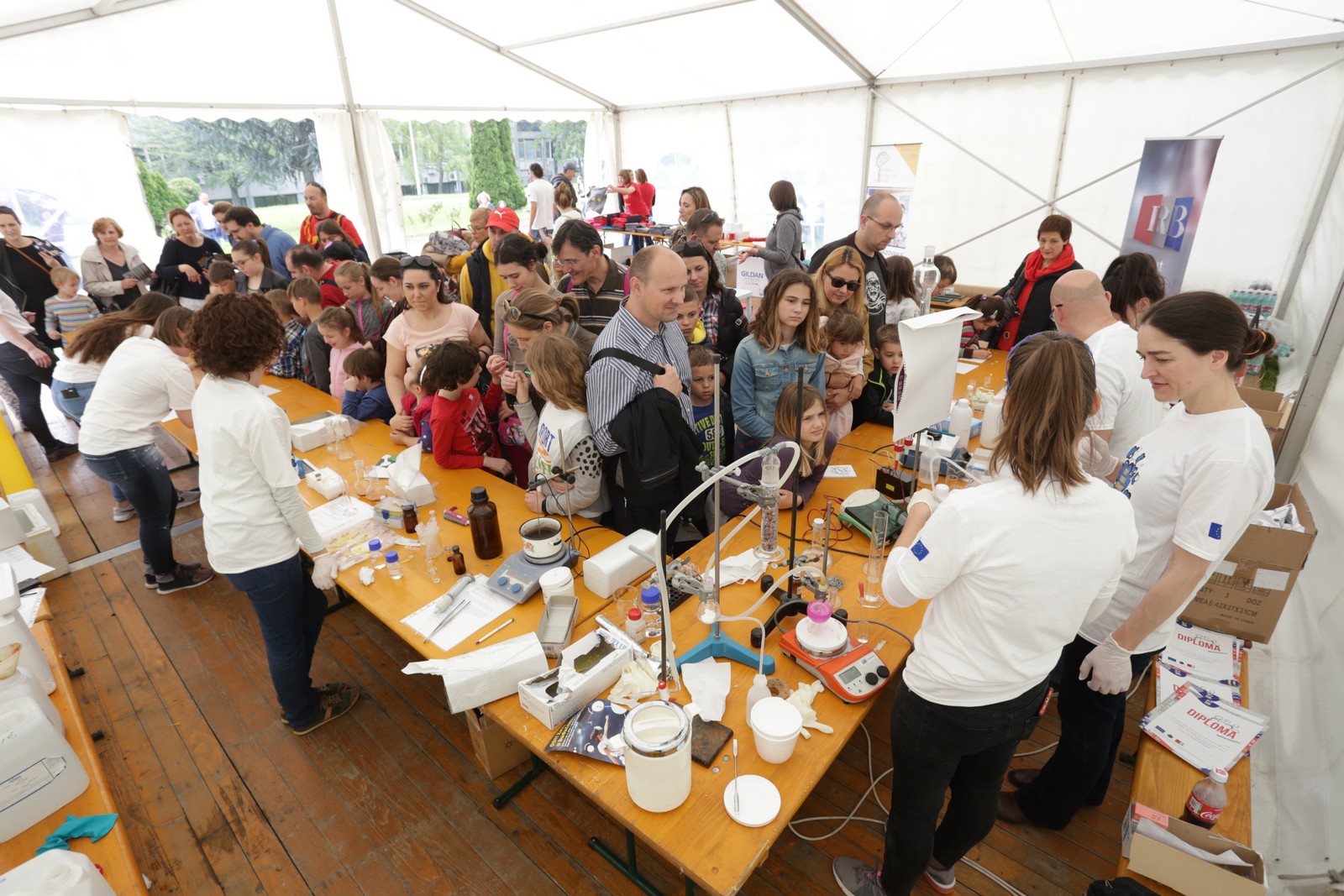 Under a slogan ‘Take a Sneak Peek into the Future’ the RBI team has organised 14 research stations with hands-on experiments where researchers presented the world of science and technology in an interesting and approachable manner.

The visitors were able to explore a hidden world of human cells by electron and fluorescence microscopy. They were able to peer into the future by the help of various genes and find out how one could fix the cells as to treat the viral diseases.

The RBI physicists helped them to explore the reality of high-energy ion bundles. Visitors learned that every dust is not just dust and that these small particles represent great potential for the future research! They explored the universe and were taken into the future by the blue and red protons.

And with just a little help from the RBI friendly chemists, the youngest visitors found out that chemistry is 'the best thing ever' in the colourful laboratory placed under the tent just next to the statue of one of the greatest Croatian philosopher and scientist, Ruđer Bošković.

In addition, the RBI scientists gave a series of popular lectures on current topics in various fields and answered numerous questions such as why some cells shine in the dark, why the sea is salty and who lives there, how we can preserve drinking water and our health.

A bit older visitors could learn some very interesting facts on food forensics, the light and dark side of drugs, our DNA and telomeres, the periodic system of elements, materials and energies, and Higgs boson.

The RBI Open Day is organized to familiarize the public with the work and results of the RBI and also to show how public funds are used to foster higher education, the development of society and the creation of better living conditions for all citizens.

This event is also aimed at assisting university graduates in making important life decisions about future career paths in science. Among younger students this event will foster an interest in the natural sciences, biomedicine and information science areas important to economic prosperity in every society.

The RBI Open Day project has become the premiere event promoting science and knowledge as an important determinant in Croatian society.

This year`s event was organised as part of the project "Techno-Past Techno-Future: European Researchers' Night (TPTF_ERN)" which is funded under Marie Sklodowska- Curie Actions of the EU Framework Programme for Research and Innovation - Horizon 2020.