The first light ceremony of the MAGIC-II telescope 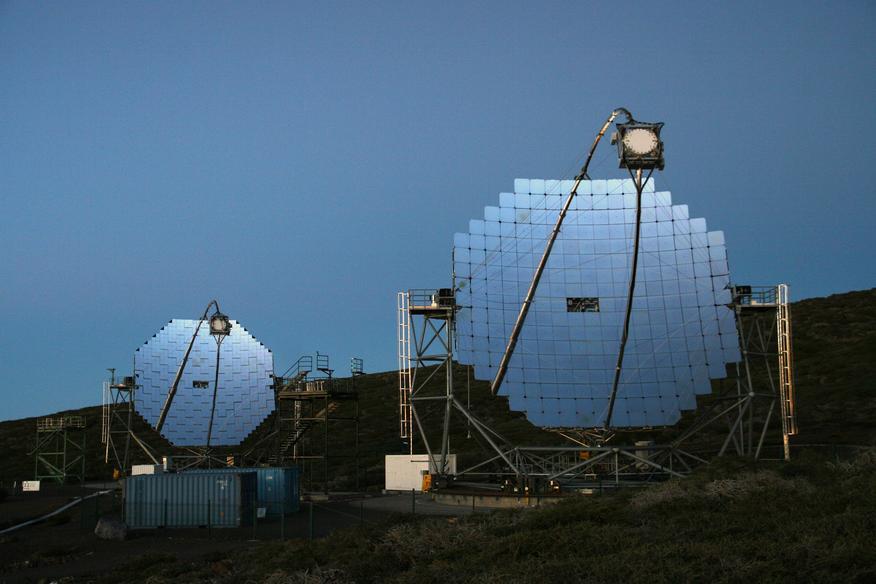 The MAGIC Telescope Collaboration has built in 2001–2003 a first large atmospheric imaging Cherenkov telescope, with a mirror surface of 236 sq.m. and equipped with photomultiplier tubes of optimal efficiency. In 2009, a second telescope of essentially the same characteristics was added; MAGIC-II was installed at a distance of 85m from MAGIC-I. With the accent of these instruments on large mirror surface and best light collection, cosmic gamma-rays at an energy threshold lower than any existing or planned terrestrial gamma-ray telescope have become accessible. So far achieved has been a threshold of 25 GeV.

Besides Croatian scientists MAGIC team gathers more than 150 scientists from Germany, Italy, Spain, Switzerland, Poland, Finland, Bulgaria and the USA. The Croatian MAGIC team, which was formed on the initiative of former RBI scientist Prof. Daniel Ferenc, gathers Dijana Dominis Prester and Tomislav Terzic from the University of Rijeka and Zeljko Antunović, Nikola Godinović and Ivica Puljak from the University of Split.