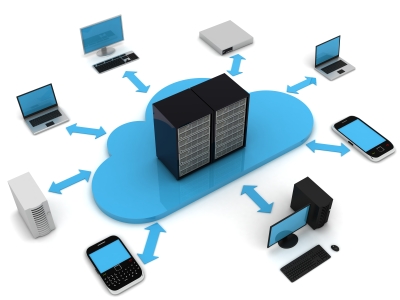 RBI Centre for Informatics and Computing, in collaboration with the American Emory University and Penn State University, has developed a computing platform CloudMan, a cloud manager that orchestrates the steps required to provision and manage compute clusters on a cloud infrastructure, all through a web browser. In minutes, you can use a vanilla SGE cluster or a complete bioinformatics analysis environment.

Cost, establishing and maintaining large and modern computing infrastructure necessary to handle increasing amounts of data from DNA sequencing represents an insurmountable obstacle for most 'small' labs and even entire institutions. Fortunately, the availability of 'cloud computing' is a suitable solution to this problem.

The term ‘cloud computing’ involves the use of remote network computers for storage, management and data processing over the internet, and scientifically ‘computing in the cloud’ often indicates the possibility that the program suddenly starts on a number of interconnected computers. Cloud computing can be most simply explained as a delivery service computing in the same way as when using an electrical outlet for electricity generation.

Computing in the cloud began to develop in the 50s of the last century between large central computers with terminals, and rapid development began in the early 2000s. In 2006 the Amazon was the first to offer external users the cloud computing through Amazon Web Services (AWS).

CloudMan is a unique solution in the world because it works on the four most popular platforms of computer systems in the cloud (AWS, OpenStack, OpenNebula and Eucalyptus), and allows any scientist to gain access to personal computing infrastructure in just a few minutes without the need for purchasing a computer (hardware), without need for additional IT support or infrastructure locating thus saving time and money. CloudMan also allows for the establishment of Galaxy configured applications on top of a virtual supercomputer, which represents a comprehensive platform for bioinformatics analysis and solving complex problems.