The RBI launches Centre for Detectors, Sensors and Electronics

Thanks to the successful implementation of this structural project by the RBI, Croatia has fulfilled the performance indicators on the so-called mid-term' evaluation of the efficient usage of EU funds!

The project "Using synergy to achieve excellence in the research and development of detectors, sensors and electronics" is the first successfully completed structural project in Croatia, finished in a record-short period of six months, which was marked with a ceremony inaugurating the Centre for Detectors, Sensors and Electronics at RBI today. 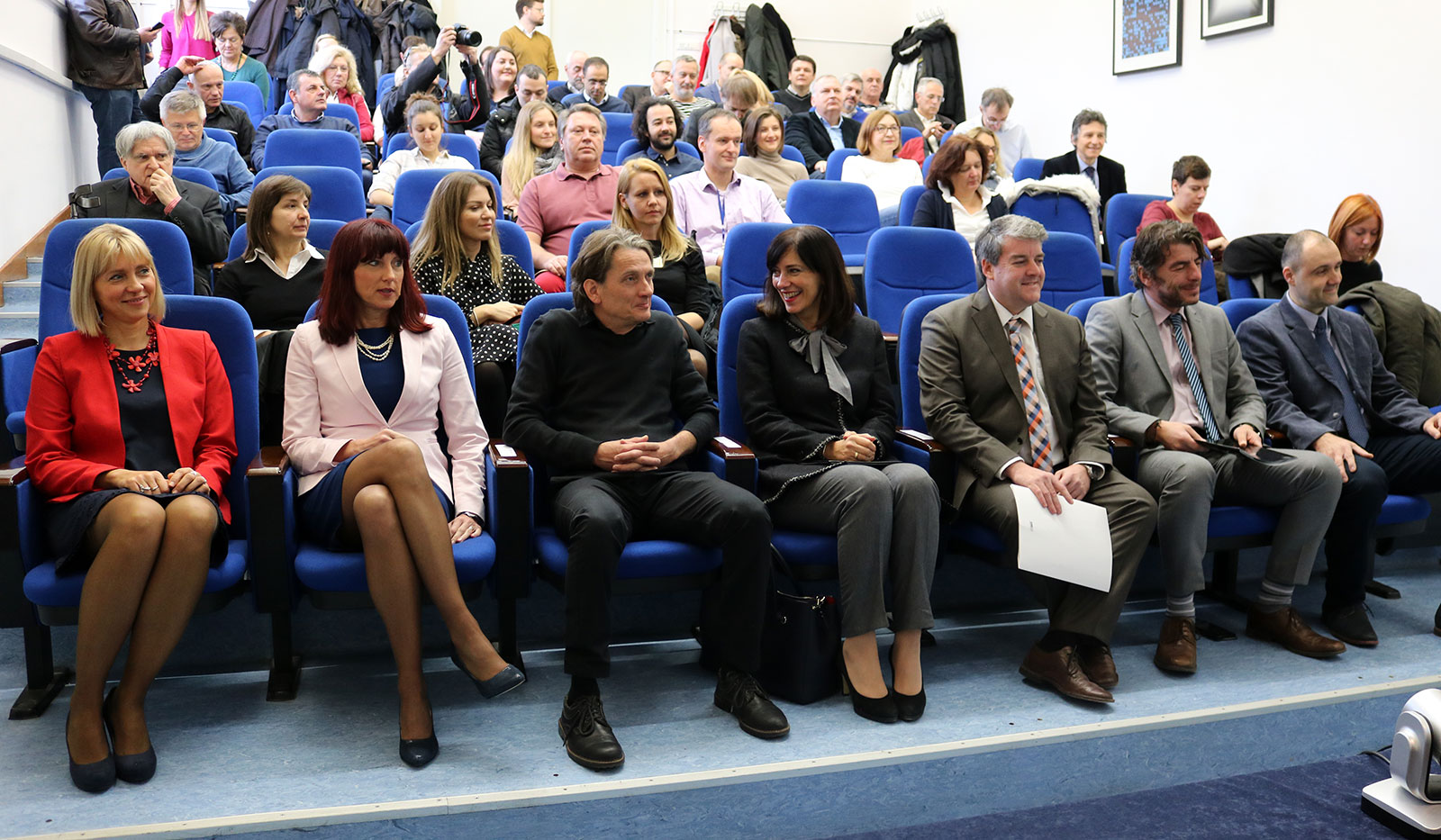 ‘’The primary goal of the project was to promote, in a synergy with the project "Expanding Potential in Particle and Radiation Detectors, Sensors and Electronics in Croatia" (PaRaDeSEC), financed within the Horizon 2020 programme, the RBI's existing research infrastructure for the research, development and testing of detectors, sensors and related electronics’’, said RBI director Dr David Matthew Smith.

He noted that this was the first successfully completed project in Croatia that was financed as part of the European Structural and Investment Funds in the amount of almost 1.5 million kuna. Dr Smith said the project was of great importance for the further planning of investments in science through the Operational Programme "Competitiveness and Cohesion 2014-2020".

Regional Development and EU Funds Assistant Minister Dragan Jelić pointed out that the RBI is the most active of all institutes on EU projects. ''This synergy project is important for you, but also for us in terms of performance indicators because it is one of the indicators we had to fulfill on the so-called ''mid-term'' evaluation of the efficient usage of EU funds," said Jelić.

Croatian Science and Education Minister Blaženka Divjak, who attended the inauguration ceremony, said that promoting excellence and innovation was one of the Science Ministry's four important strategic goals in the current period. She noted that "promotion of excellence seems easy on paper, but the required change of the system actually requires everyone involved in that system to change, including country political leaders, and wider community."

The minister said the project was a good example of how the Horizon 2020 programme, which is mostly oriented to science and excellence, can be linked with cohesion policies, which help develop countries that lag behind in any sector.

She thanked the project team, headed by Dr Neven Soić, for identifying that link and making it possible to complete the project in record-short time.

‘’The project has made it possible to procure a large number of instruments important for research, as well as remodeling laboratories, thus creating controlled conditions of cleanliness, temperature and air humidity, improving the stability of electric systems and reducing the level of electronic noise as to enable the characterization and testing of a new generation of detectors of significantly improved characteristics to those currently used for research in CERN.’’, said Dr Soić.

Since the equipment and modern laboratory space financed by the O-ZIP project will be available only after the PaRaDeSEC project has been completed, this project has a particularly important effect in the fulfilment of the objectives set by the Centre for Detectors, Sensors and Electronics. Establishing of the Centre will contribute significantly to the O-ZIP project particular through its synergy with other complementary projects and work on development and testing of the equipment at the RBI.

The project was financed under the call for project proposals titled ''Development and strengthening of synergy with horizontal activities of the HORIZON 2020 program: Twinning and ERA Chairs''. Non-refundable funds are provided by European Structural and Investment Funds (ESIF) under Operational Programme Competitiveness and Cohesion (OPCC) 2014 - 2020, where the Croatian Ministry of regional development and EU funds is the managing body responsible for the management and implementation of the OPCC, while Croatian Ministry of Science and Education is acting as Intermediary body level 1, and Croatian Central Finance and Contracting Agency (CFCA) is Intermediary body level 2. 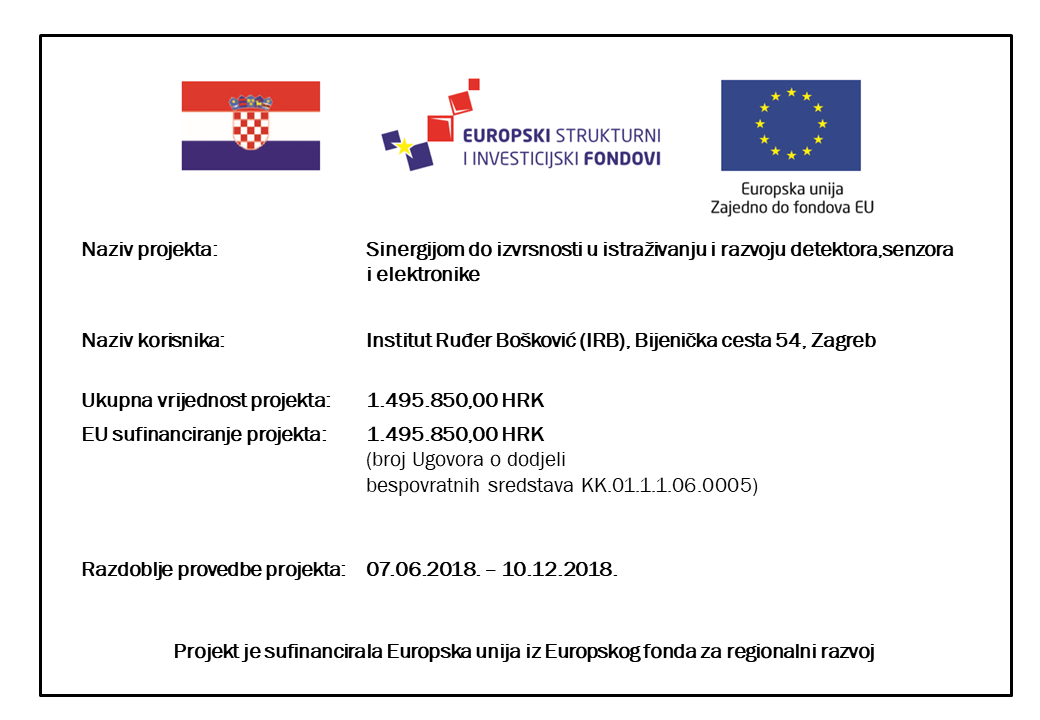