Experts on the Application of Ionizing Radiation in Biomedicine

A four-day workshop on the application of ionizing radiation in biomedicine brought together more than 25 experts from 15 European and international collaborative organizations at the Ruđer Bošković Institute (RBI). 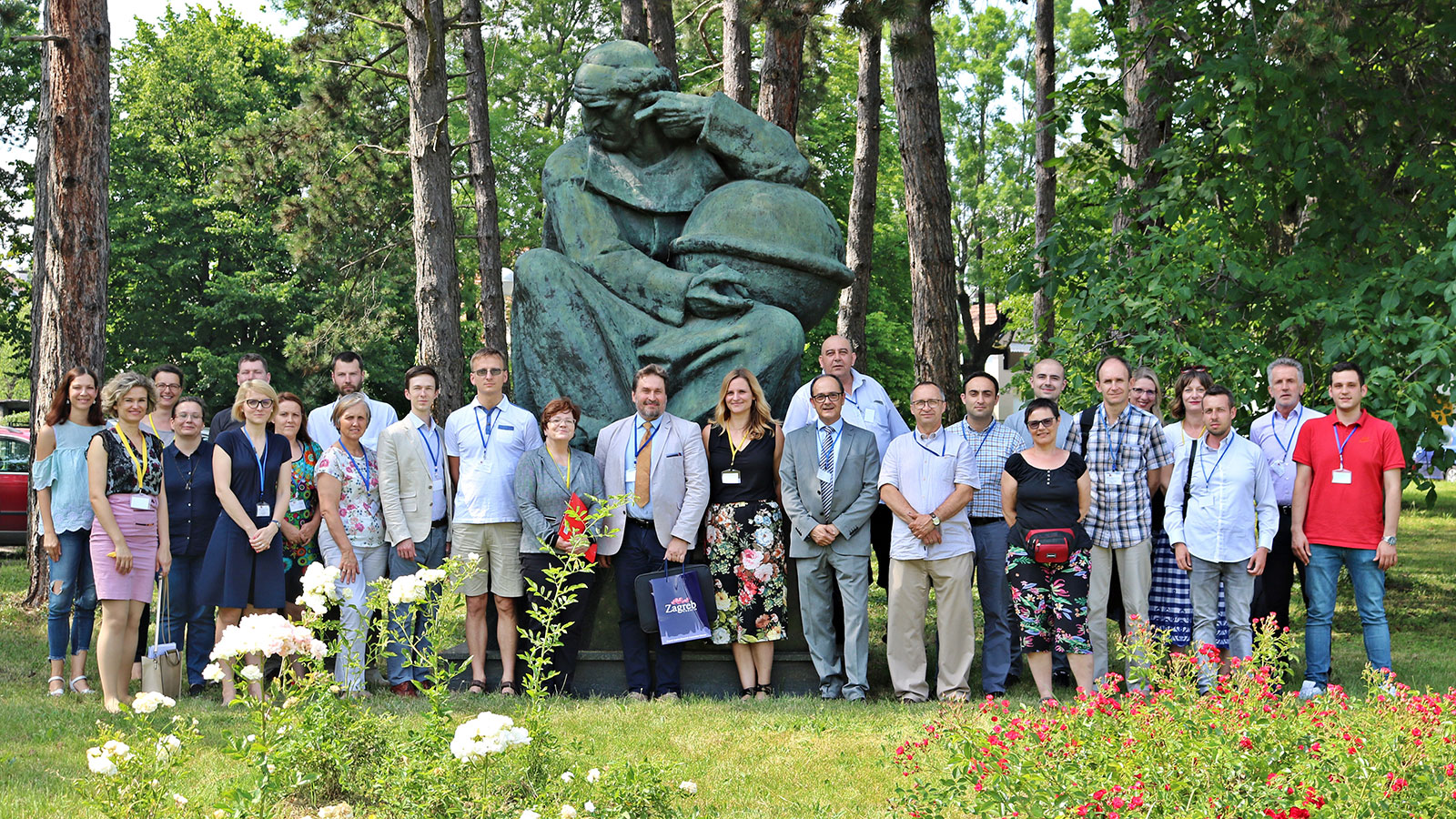 The workshop ‘Status, Advances and Applications of Ionizing Radiation on Biomedical Materials’ was organized by the RBI Radiation Chemistry and Dosimetry Laboratory (RCDL) during 11 to 14 June as part of the RER1019 regional project ‘Enhancing Standardized Radiation Technologies and Quality Control Procedures for Human Health, Safety, Cleaner and Advanced materials’.

The primary goal of the workshop was to present all the benefits of using ionizing radiation for the synthesis, modification and development of new biomaterials for biochemical and medical purposes. The program encompassed presentations and discussions on interdisciplinary research and potential application of radiation to biomaterials.

The experts presented an overview of basic research on radiation chemistry and polymer technology, theoretical and practical processes for the synthesis and modification of the polymer with radiation application, while especially interesting was a presentation on the results of the latest applied research and the most important achievements in the emergence of polymeric biomaterials (hydrogel bandage for early, hydro (nano) gels).

The workshop was officially opened by the RBI Director General Dr David M. Smith who upon welcoming all participants, took the opportunity to highlight the successful work of the RCDL team led by Dr Branka Mihaljević.

''The Radiation Chemistry and Dosimetry Laboratory has remained until the present day the only laboratory in the country pursuing both basic and applied scientific research in the fields of radiation chemistry, dosimetry and radiation processing. Moreover, this is actually the only laboratory in the country that possess the sophisticated equipment and infrastructure as well as valuable experts, that are essential for the safe and effective use of these methods in research,'' emphasised Dr Smith.

He noted that the upgrade of the facility and expertise had been made possible by the continuous support of the IAEA. This cooperation was going on for more than 20 years.

''Earlier this this year the Laboratory has marked its 60th anniversary. These have been indeed six decades of scientific excellence confirmed by numerous acknowledgments both by scientific and academic community worldwide, as well as numerous partners,'' said Dr Smith.

In 2009 the International Atomic Energy Agency (IAEA) acknowledge the ethanol-chlorobenzene dosimetry system designed by RCDL scientists as the third most widely used dosimetry system in both, research and industrial applications of radiation processing worldwide.

This chemical system is accepted as a common ASTM and ISO standard. (The system was created by Dr Igor Dvornik a founder of the Laboratory for Radiation Chemistry and Dosimetry, and further developed Dr Dušan Ražem and Dr Saveta Miljanić at the Ruđer Bošković Institute in cooperation with their Hungarian colleagues Dr Vilmos Stenger and Dr Andras Kovacs).

''Also it was thanks to the RCDL team of scientists that Croatia had been ranked among the few European countries, such as France, Poland and Romania using radiation for the protection of cultural heritage objects. In recent years the interest for irradiation protection and conservation treatment of cultural artefacts has been strongly increased and successfully carried out in Croatia and region,'' noted Dr Smith. 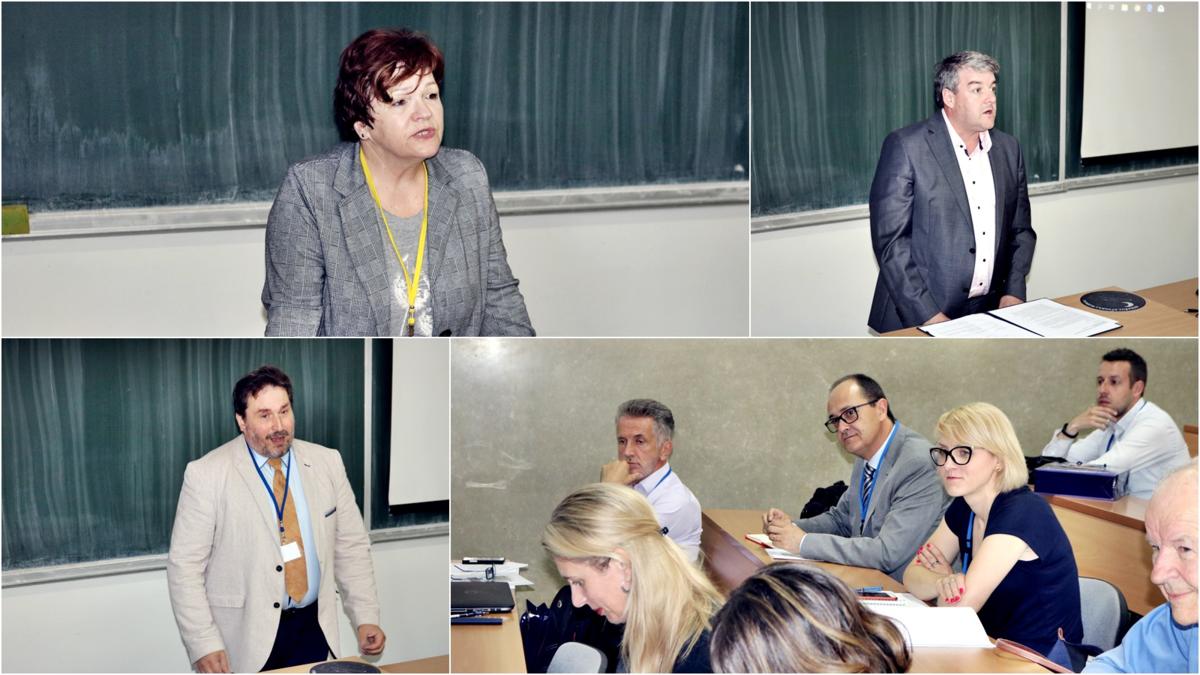 ''Due to its wide range of possibilities, the new instrumentation will enable the introduction of new research topics and most certainly contribute to the quality of scientific research by Radiation Chemistry and Dosimetry Laboratory while boosting competitive research in photochemistry and photobiology at the RBI. The continuous upgrade of the scientific research enables further recognition of the laboratory both on national and global level,'' said Dr Smith and concluded by thanking Dr Mihaljević and her team for their constant efforts in pursing top research and wished all a most successful workshop and stay in Zagreb.

In addition to the above mentioned topics, participants also discussed the contributions of radiation technology to blood banks and tissues, sterilization of medical equipment and accessories, radiation techniques and their application requirements.

The added value of this workshop was that the RBI scientist have managed to bring together for the first time the experts dealing with both the synthesis and the application of new materials for medical purposes.

"There are multiple benefits of applying ionizing radiation as advanced method for synthesis or modification of biomaterials. In addition to the synthesis, the new material is being sterilized for medical applications, whilst minimal amounts of solvent are being used with no additional energy, and no waste," explained Dr Branka Mihaljević, RCDL Head.

"At the end of the workshop, the participants agreed that the workshop topic is extremely important with regard to the development of new biomaterials. All agreed on the necessity to further share this knowledge and experience through different education programs, joint scientific cooperation as well as projects and exchange of students and young scientists,’’ concluded Dr Mihaljević.