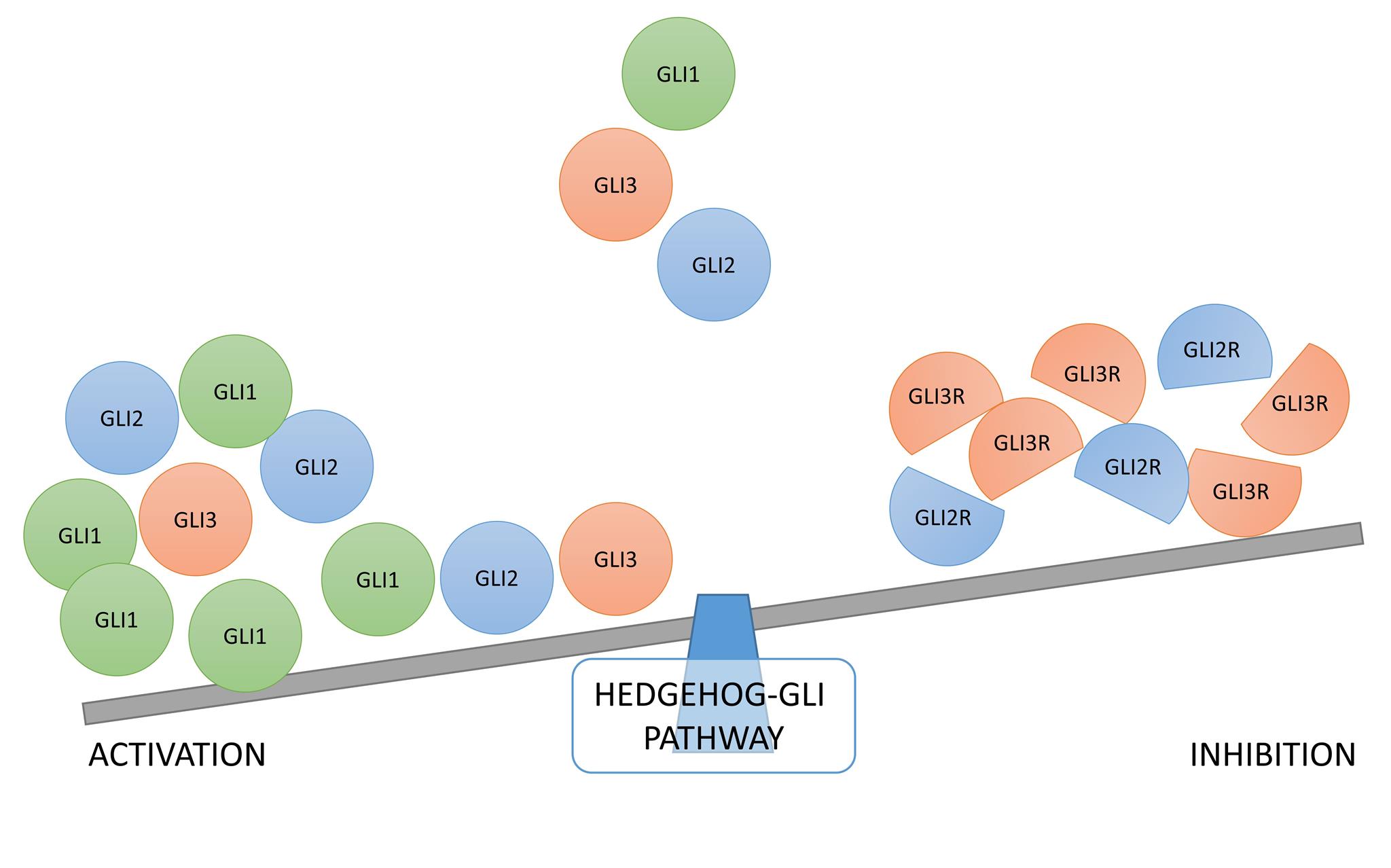 The Hedgehog signaling pathway has been implicated in development of various tumors, but the exact roles and molecular mechanisms are still not understood. The focus of this research are the tumors harboring BRAF or NRAS mutations, and their differential response to Hedgehog pathway inhibition. Both BRAF and NRAS non-canonically activate the three GLI proteins, but the activity and interplay of this interaction is still unclear. With this project we propose to determine the exact transcriptional targets of GLI1, GLI2 and GLI3 proteins in melanoma with different genetic backgrounds, either harboring a BRAF mutation, a NRAS mutation, or no mutation in these two genes. For this purpose, we will first perform ChIP-seq to determine the transcriptional targets, then knock-out each of the three GLI proteins and sequence the transcriptomes of the knock-out cell lines. After the knock-outs have been generated, a series of cell assays will be performed to determine the role of each of the three GLI proteins in BRAF/NRAS dependent tumors, and to elucidate the mechanism of their action in melanoma. Combined treatments with Hedgehog inhibitors and specific BRAF/NRAS inhibitors, followed by generation and testing of resistant cell lines, will demonstrate if there is a potential benefit in the clinical management of melanoma. Finally, in the final year of the project, a set of clinical samples will be analyzed for these potential biomarkers to determine their possible use in the clinic. In summary, this project plans a complete analysis of the GLI code in BRAF/NRAS dependent melanoma, from determining the transcriptional targets and finding molecular mechanisms, to potential translation to the clinic.