We have been fostering multidisciplinary research at the interface of  biology, medicine, chemistry and computer science in anti-tumor drug-discovery area.

The areas of research in LET:

a)      Research activity that is mainly dealing with the complex networks of regulation of the cell cycle and death in tumor cells, thus contributing to better understanding of how anticancer agents induce cell death and how defects in death pathways influence the therapy outcome. We have been especially interested in the role of p53 gene (the main regulator of most of cell-responses to treatment and one of the most often mutated genes in human cancers) and p21WAF1/CIP1 gene that plays a major role in cell senescence, but contradictory role in apoptosis and underexplored role in autophagy. The emphasis of this research is to correlate specific DNA lesion that is induced by antitumor compounds with the final effect (specific cell response). Special accent has been put on the importance of non-apoptotic responses to anticancer agents, such as cell senescence, mitotic catastrophe and autophagy and to the interdependency of apoptotic and non-apoptotic mechanisms. We have studied mechanisms by which p21 gene regulate various cell responses and weather and how p21 characterize tumor cells with regard to chemosensitivity. (MSES project “The role of different cell death responses to DNA-damage treatment” (2007-2013)) 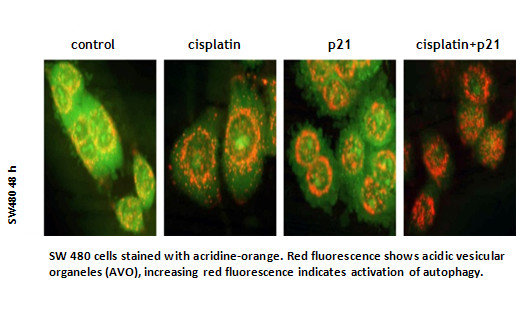 b)      We have been collaborating with a great number of organic synthesis research groups from Croatia and also other European countries. We have developed an in vitro/in silico platform for screening of potential novel antitumor compounds. Especially active/selective newly synthesized compounds are being further studied by more sophisticated molecular biology methods in order to more closely elucidate their mechanisms of action. Such a highly interdisciplinary research has resulted in the unique expertise in medicinal/pharmaceutical chemistry and in a great number of publications in respectable medicinal chemistry journals, along with discovery of several lead compounds. 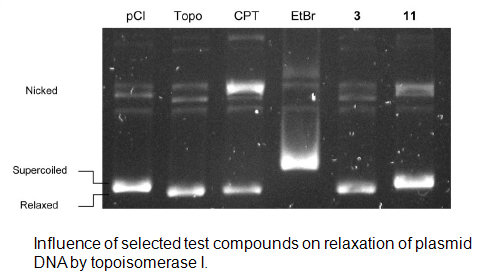 c)      The research has been dominantly focused on DNA-damaging agents and comparing structure, DNA interactions, and their biological effects. Recently, however, we have opened a new area of research on the potential antitumor ability ofpotassium ionophores. We are mostly interested in crown ether compounds, which are also known to transfer potassium ions through membranes. We have been studying the role of ion (especially potassium) transport in chemosensitivity and potassium ionophores as potential antitumor compounds. A natural potassium ionophore salinomycin was recently identified as cancer stem cells’ (CSC) selective substance, but the precise mechanism of its selectivity remains elusive. Consequently, our current research has been focused on discovering novel CSC-selective compounds, based on potassium transport disturbance. We have been using cells that have passed through epithelial-mesenchymal transition (EMT) and have characteristics of CSCs. We have been striving to recognize novel biomarkers for identification and targeting CSCs, as well as elucidate differential effects of salinomycin on EMT cells. (Croatian Science Foundation project “A multidisciplinary approach to discover selective drugs targeting cancer stem cells: The role of potassium transport - MultiCaST“) 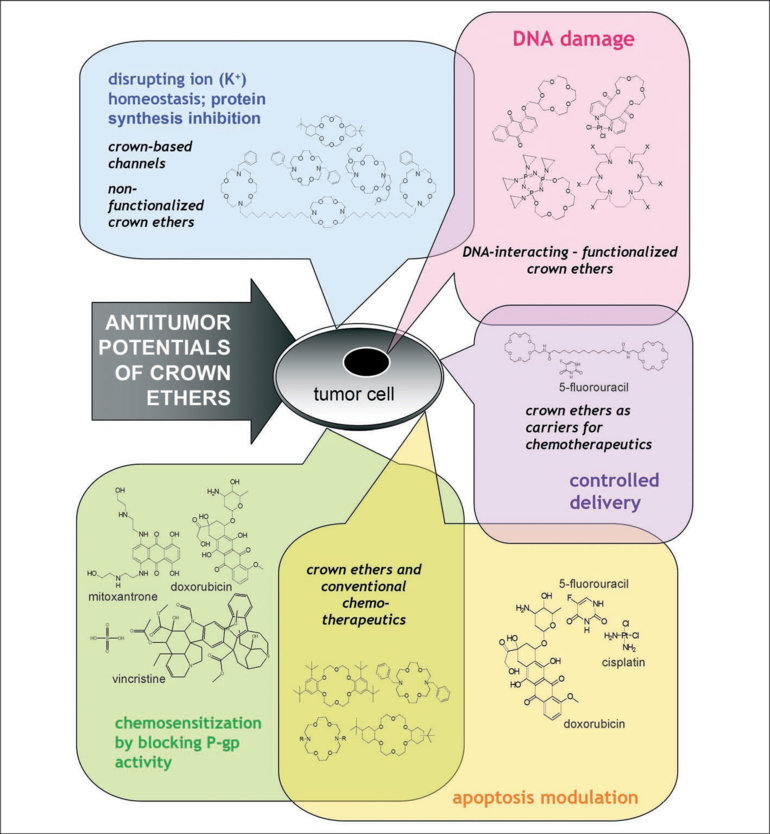 The role of different cell death responses to DNA-damage treatment