We are pleased to announce our upcoming Final Workshop of the project “Assessment of Adriatic Algae Potential In Cogeneration Production of 3rd Generation Biofuel (A3 PICO 3G)” which is going to be held in Rovinj, Croatia from 24-27 of March, 2019 at the Multimedia Center Rovinj (MMC). The main aim of this workshop is to discuss project achievements, disseminate obtained results and identify the future opportunities. 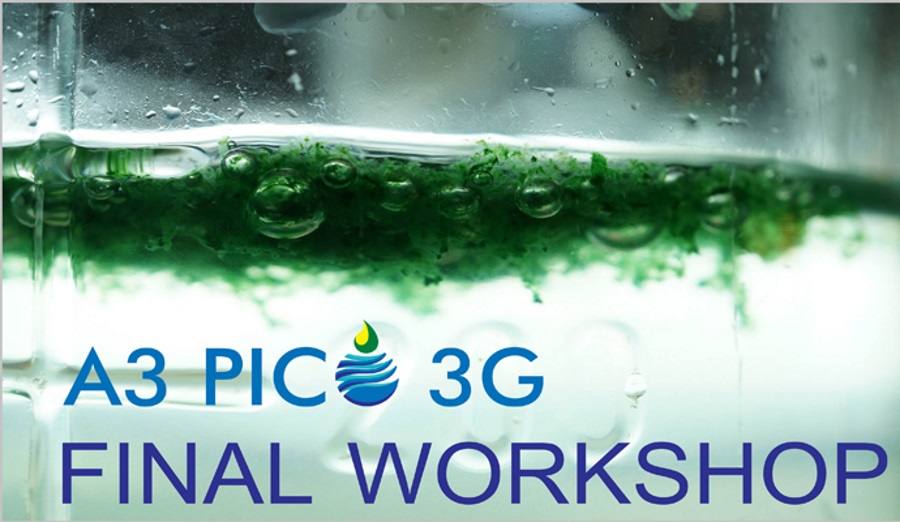 At present, production of biofuels has been mostly based on microbial fermentation of terrestrial crop biomass, raising serious economical and environmental issues due to competition for energy and land resources with the food production industry, extensive water consumption, and negative impact on the soil. In this respect, European commission encourages the efforts for moving towards exploration of the marine algae as an alternative source for sustainable biofuels production. Although mass cultivation of algae has been continuously increasing over the last 10 years, more efforts are needed to maximise economic and environmental benefits of the algae-based biofuel production in EU. Due to the geopolitical, commercial and social orientation towards Adriatic Sea, Croatian coastal waters represent a potentially highly valuable resource for marine algae exploitation and cultivation. Because of the positive impact on environment, there is a rising interest in connecting boirefinery microalgal cultivation systems to existing industrial units, such as oil refineries, and wastewater treatment plants

The aim of this project was to create a scientific basis for culturing Adriatic microalgae on industrial wastewater, and to evaluate capacity of wastewaters from INA-oil refinery plant as for co-generative production of 3rd generation biofuels. The results obtained through this project will (i) to provide economic benefits to the oil production process while taking care of decreasing the environmental pollution; (ii) will significantly increase competitiveness of the Croatian petrochemical industry and contribute to the development of Croatian blue bio-economy.

This project has been fully supported by the Croatian Science Foundation under the project number PKP-06-2016-9081. The project is funded under the program of Government of the Republic Croatia to encourage research and development activities in the area of climate change.