The Croatian Academy of Arts and Sciences awarded professor Joseph Schlessinger, the William H. Prusoff Professor and Chairman of the Department of Pharmacology at Yale University School of Medicine and a member of the RBI International Scientific Council, with the Medal of the Order of ‘Danica Hrvatska’ for his outstanding contribution to Croatian biomedical sciences as well as promotion of Croatia in the international scientific community. On behalf of the Croatian President Mr. Stjepan Mesić, the State Secretary for Science and Higher Education Prof. Drazen Vikić Topić, PhD, presented the medal to professor Schelssinger at yesterday`s ceremony held in the Croatian Academy of Arts and Sciences.

Like most of the world’s leading scientists, professor Schlessinger had an impressive start, first receiving his Bachelor’s degree in Chemistry and Physics in 1968 from Hebrew University in Jerusalem, followed by a Masters in Chemistry in 1970 from the same institution. The young Schlessinger coasted easily during those early years of academia, graduating magna cum laude both times. Staying firmly dedicated to his aims, he was immediately admitted to the Weizmann Institute of Science in Rehovot, Israel, where he received his PhD in 1974, after submitting his successful thesis work on Study of Chemical and Biological Systems by Circular Polarization of Fluorescence. As a postdoc fellow between 1974 and 1976, he began his research enthusiastically at Cornell’s Department of Chemistry and Applied Physics.

After a rewarding postdoc experience at Cornell University, he spent the next several years at progressively more ambitious pursuits, including a position at the National Institutes of Health, followed by a long tenure at the Weizmann Institute that ended in his appointment as full professor in the Department of Chemical Immunology. He was the Director of the Skirball Instsitute for Biomolecular Medicine at New York University (NYU) Medical Center from 1998-2001 and the Milton and Helen Kimmelman Professor and Chairman of the Department of Pharmacology at NYU Medical School from 1990-2001. He was a member of the Weizmann Institute from 1978-1991 and the Ruth and Leonard Simon Professor of Cancer Research in the Department of Immunology from 1985-1991. Joseph Schlessinger was a Research Director for Rorer Biotechnology from 1985-1990. He founded Sugen, Inc. in 1991, Plexxikon in 2001, and Kolltan in 2008.

Professor Schlessinger is reported to be one of the most cited researchers in the world with over 50,000 citations in existence. According to the to PubMed, Joseph Schlessinger has authored over 450 scientific original and review articles in the area of pharmacology, molecular biology, biochemistry, and structural biology. In 2001, Porf. Schlessinger was ranked by the ISI as one of the world's top 30 most cited scientists (across all fields) in the 1990s. His papers have been cited a total of 76,699 times. A September 2003 article in the UK newspaper The Guardian listed Schlessinger as number 14 in the Giants of Science.

He has received many prestigious honours including the Ciba-Drew Award (1995), Antoine Lacassagne Prize (1995), the Distinguished Service Award of Miami Biotechnology (1999), Honorary Membership of the Japanese Biochemical Society (1999), Taylor Prize (2000), and an Honorary Doctor of Philosophy from the University of Haifa (2002).

In 2006, he was bestowed the prestigious million-dollar Dan David Prize for his role in developing innovative cancer treatments. The Dan David Prize, an international award endowed by the Dan David Foundation at Tel Aviv University, encourages innovative research and promotes the greatest scientific, technical, and humanistic achievements that improve the condition of all humanity. 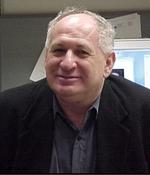