Croatian Scientist Head of the World Academy of Art & Science

A scientist's mobility is an advantage to be cultivated in order to allow him to play the role of an ambassador of his country in the world and a promoter of science and its importance in society, as was said at the celebration at the Ruđer Bošković Institute in Zagreb held today on the occasion of the election of the distinguished Croatian scientist Ivo Šlaus as President of the World Academy of Art & Science. 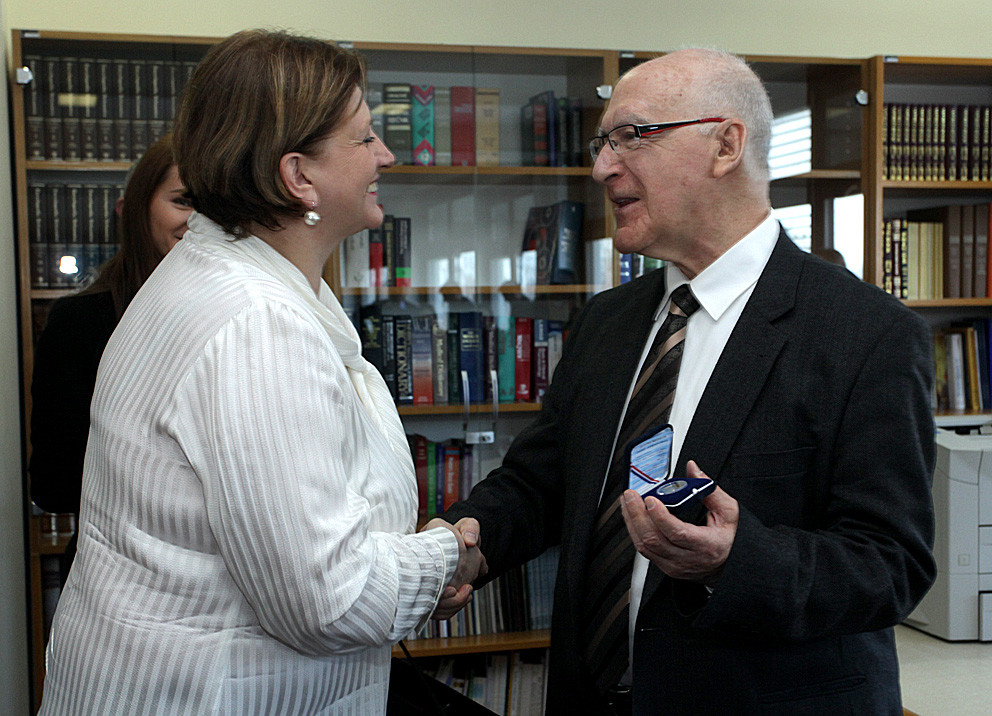 It is precisely this added dimension of possibilities to intensify the participation of Croatian scientists in world scientific initiatives that is opened up by the fact that this is the first time that a Croat has become the president of this world-renowned organization. For the duration of his mandate, for the first time in history the headquarters of this organization will be moved to the Republic of Croatia, at the Ruđer Bošković Institute.

“The modern world is a world of connections. This is significant for Croatia precisely because of these connections that can be developed on the basis of my presidency,” said Šlaus at the celebration. “Now it is most important whether and to what extent they will be used by others in Croatia,” added Šlaus, noting that the paths that make inroads in this manner are available to everyone, not only to scientists and scientific and artistic institutions.

That a Croat is the President of the WAAS serves as an incentive for this and all other institutions and academies in the world to focus their efforts on attempting to find answers to questions that currently concern Croatia, he said. “One of these questions that is vey important for Croatia but also for the whole world is the low employment rate,” he noted.

Established at the initiative of world-renowned intellectuals and scientists, including Albert Einstein, the World Academy of Art & Science is one of the most prestigious international non-governmental organizations. A relatively young institution, a little over 50 years old, the Academy today has over 600 members from 86 countries in the world on all the continents. Among its Croatian members are the President of the Republic of Croatia, Ivo Josipović, and former President Stjepan Mesić.

With the motto “Leadership in thoughts that leads to action,” the World Academy of Art & Science provides a politically independent forum for the discussion of vital problems of humanity and promoting science for the general good of society. The main focus of the WAAS is to improve human capital while cooperating with a number of international organizations, such as the Club of Rome, Pugwash movement, the European Leadership Network, numerous academies of science and their associations, such as All European Academies (ALLEA).

Šlaus was congratulated on his election by the Director General of the Ruđer Bošković Institute, Danica Ramljak, who noted that he is a top scientist who knows how to think about strategic issues “that are necessary not only to Croatia but to the whole world.” His appointment has once again placed Croatia and the Ruđer Bošković Institute in a prominent place on the world scientific map, said Dr. Ramljak.

Ivo Šlaus (1931) is engaged in research in nuclear and medical physics, particle physics and the science of science. He has been associated with the Ruđer Bošković Institute and is a member of numerous distinguished institutions, including the Croatian Academy of Sciences and the Arts.

He received the Ruđer Bošković Award in 1962 and 1969, and the State Lifetime Achievement Award in 2008. Professor Šlaus is the author of 369 publications.

In addition to Academician Šlaus, Maria Graca de Carvalho (member of the European Parliament, former Principal Advisor to President J. M. Barroso of the European Commission), Emil Constainescu (former President of Rumania and Rector of the University of Bucharest), Herwig Schopper (former Director-General of CERN) and Roberto Peccei (member of the Executive Committee of the Club of Rome) were elected to the Board of Trustees. Muhamed Hassan (Co-President of the Third World Academy of Science) and Heitor Gurgulino de Souza (former Rector of the United Nations University and Representative of the International Association of University Presidents at UNESCO) were appointed as advisors to the President. (HINA)