One of the industrially important processes for removing carbon dioxide from the atmosphere is its conversion to methanol, hence the invention of an effective catalyst, a new material, that would allow for such an efficient conversion is in the focus of scientists around the world. Green chemists from the Croatian Ruđer Bošković Institute (RBI), in collaboration with colleagues from the Institute of Chemistry (KI) in Slovenia and McGill University in Canada, have developed a new material for the catalytic conversion of carbon dioxide to methanol. 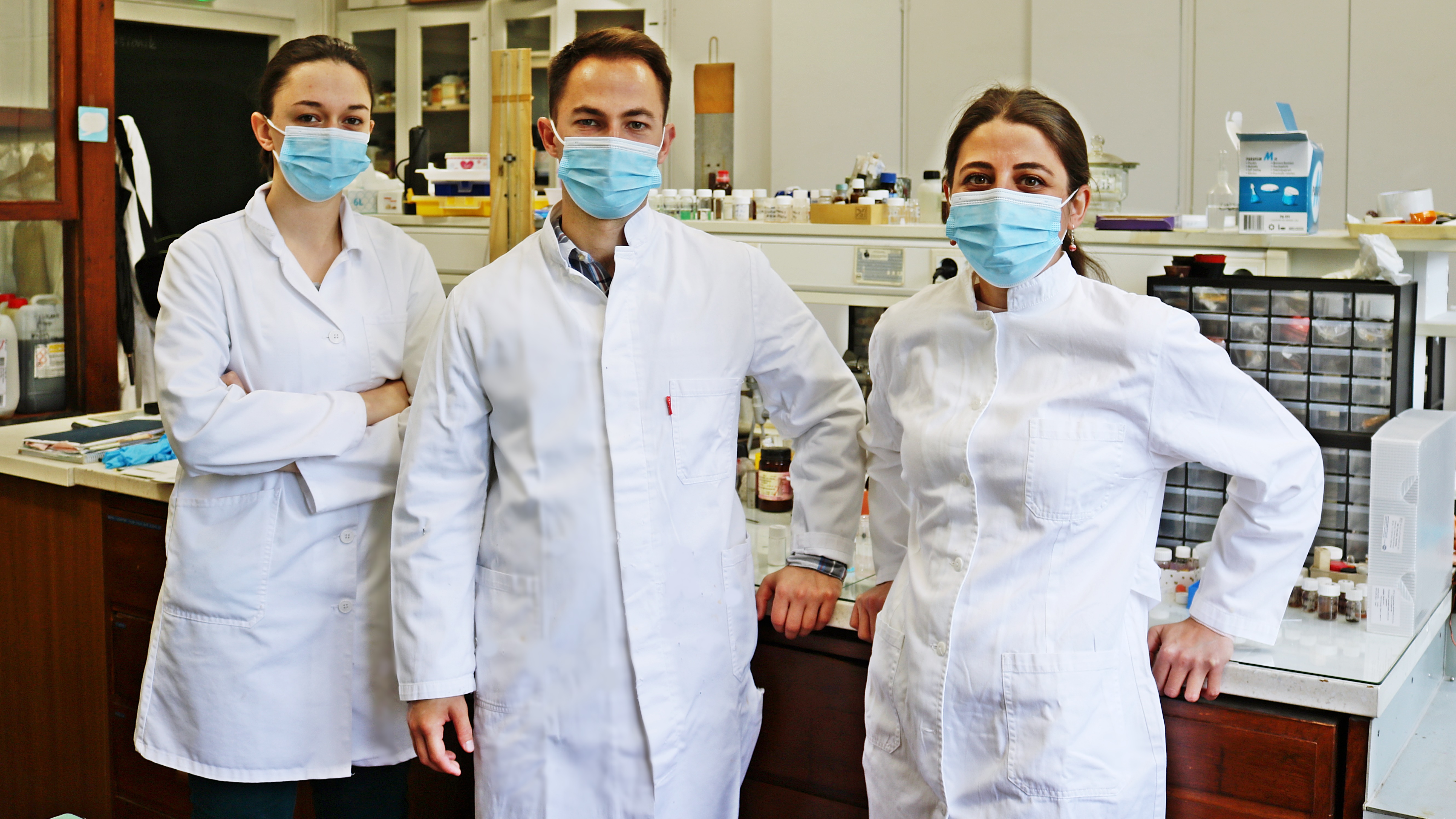 This is in fact an efficient and environmentally sustainable mechanochemical synthesis strategy to access new catalytic material for the selective hydrogenation of carbon dioxide to methanol. These latest research results were presented in the scientific journal ‘ACS Applied Materials & Interfaces’ published by the American Chemical Society (ACS).

Excessive use of fossil fuels has resulted in a significant increase in anthropogenic carbon dioxide emissions and is nowadays recognized as one of the main causes of climate change.
International initiatives to alleviate this problem and ensure the future of our planet agree that in addition to reducing carbon dioxide emissions, it is necessary to develop scientific and technological solutions that will remove carbon dioxide from the atmosphere and, ideally, convert it into usable chemical compounds. One of the industrially important processes for removing carbon dioxide from the atmosphere is its conversion into methanol.

Today, there is already the term ‘methanol economy’, which predicts that methanol will be imposed in the future as a key compound for energy storage, as a fuel, and a source of carbon for the synthesis of valuable compounds. The efficient synthesis of methanol from carbon dioxide is an example of a sustainable value-added chemical reaction with great economic potential.

Catalytic reduction of carbon dioxide to methanol is one of the industrially promising reactions, but it is based on a non-selective chemical reaction which, depending on the reaction pathway, can result in the synthesis of methanol, carbon monoxide, methane, or various hydrocarbons.

For this reason, researchers are constantly in the pursuit of new catalysts that will take this chemical reaction in the desired direction.

In order to meet this challenge, doctoral students Tomislav Stolar and Valentina Martinez, together with Dr. Bahar Karadeniz, led by Dr. Krunoslav Užarević from the RBI and Prof. Tomislav Friščić from McGill University, developed a bimetallic porous coordination material using an efficient and environmentally sustainable synthetic strategy. Specifically, the team relied on mechanochemical preparation of bimetallic metal-organic framework-74 (MOF-74), which these two teams had already described in 2019.

The catalytic properties of the synthesized materials were investigated in collaboration with scientists from KI in Ljubljana, Dr. Blaž Likozar (co-leader of the research), Dr. Gregor Mali, Dr. Ana Bjelić, and doctoral student Anže Prašnikar.

The results have shown that bimetallic crystalline CuZn-MOF-74 material exhibits moderate catalytic activity for the synthesis of methanol. Surprisingly, post-synthetic mechanochemical modification of the evacuated material resulted in its amorphization due to the loss of long-range crystal ordering. This created a non-porous material with defective coordination spheres around copper and zinc atoms which turned out to be key for the significant increase in selective catalytic activity for the synthesis of methanol.

The authors have shown that the selectivity for the synthesis of methanol of amorphous CuZn-MOF-74 catalyst is comparable even to the industrial benchmark (CuZnAl). Solid-state nuclear magnetic resonance (ss-NMR), scanning electron microscopy (SEM), infrared spectroscopy (ATR-FTIR), powder X-ray diffraction (PXRD), and thermogravimetric analysis (TGA) were used to ascertain the structure-property relationship of the catalyst.

''This research is a great example of a successful and multidisciplinary international collaboration between strong research centers in the region. It is very important to me to be able to work on important scientific problems such as the conversion of carbon dioxide into methanol, thanks to Dr Užarević. There is great potential for the transition to sustainable chemical processes through the European Green Deal, and research in this direction should be one of the research priorities.'' said Tomislav Stolar, a doctoral student in the RBI Laboratory for Green Synthesis, and the first author on the paper together with his colleague Anže Prašnikar.

The results of the project revealed a significant potential of mechanochemical methods for fast, efficient and green synthesis of amorphous MOF catalysts to be applied in industrial decarbonization.

This research was supported by the “Research Cooperability Program“ of the Croatian Science Foundation, funded by the European Union from the European Social Fund under the Operational Programme Efficient Human Resources 2014 - 2020, and Micro-Grant Award from the European Institute of Innovation and Technology (EIT) Climate-KIC.