Professor Friščić, one of the world's leading scientists in the field of Mechanochemistry, currently works as a professor at McGill University in Canada, leading a productive research group. 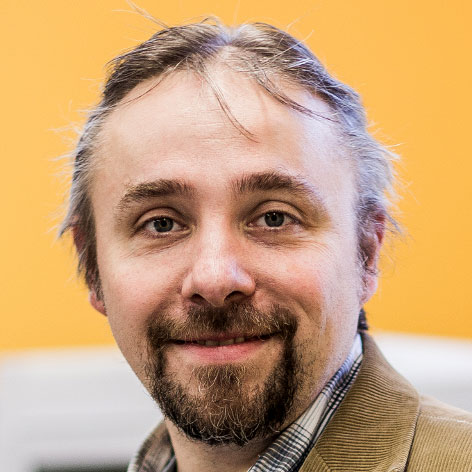 Professor Tomislav Friščić (Department of Chemistry, McGill University, Montreal) has recently become an extramural associate of the Ruđer Bošković Institute (RBI). The joining of this exceptional young scientists to the RBI team of scientists is the result of a fruitful collaboration between the Laboratory for Green Synthesis of the RBI Division of Physical Chemistry and the Friščić Group.

The Friščić Group, which was kick-started in Canada in August 2011, is a part of the McGill Unversity Chemistry Department's push in Green Chemistry. The principal interest of the Friščić Group is in developing and exploiting solid-state, solvent-free and near solvent-free reactions for the purpose of cleaner and more energy-efficient synthesis.

The cooperation between the two teams of scientists, the Friščić Group and the RBI Laboratory for Green Synthesis, has recently led to several notable advances, such as the discovery of a topologically novel framework material, named katsenite, a new polymorph of the microporous material ZIF-8. This discovery was published in the prestigious journalNature Communicationsin 2015.

The Friščić Group has recently demonstrated the existence of natural minerals with metal-organic framework (MOF) structures, published in the prestigious journalScience Advanceswith the graduate to student Igor Huskić as the first author.

This research proved especially important because it points to a need for a more complete understanding of the natural occurrence of open metal-organic architectures, which were so far considered to be available exclusively artificially in laboratories.

''Professor Friščić is a distinguished young scientist whose scientific accomplishments have put him in the spotlight not only of the scientific community but the general public and the media as well,  and articles published in the New York Times and Forbes are the best confirmation of that.

Tomislav has been working on the development and promotion of Croatian solid-state chemistry for many years now, either by educating and engaging Croatian students in his research, or through joint project applications and cooperation with different scientific groups from Croatia.

Therefore, I believe that not only the RBI will greatly benefit from prof. Friščić joining our scientific team, but the overall chemistry community in Croatia, as well '' - said Užarević.