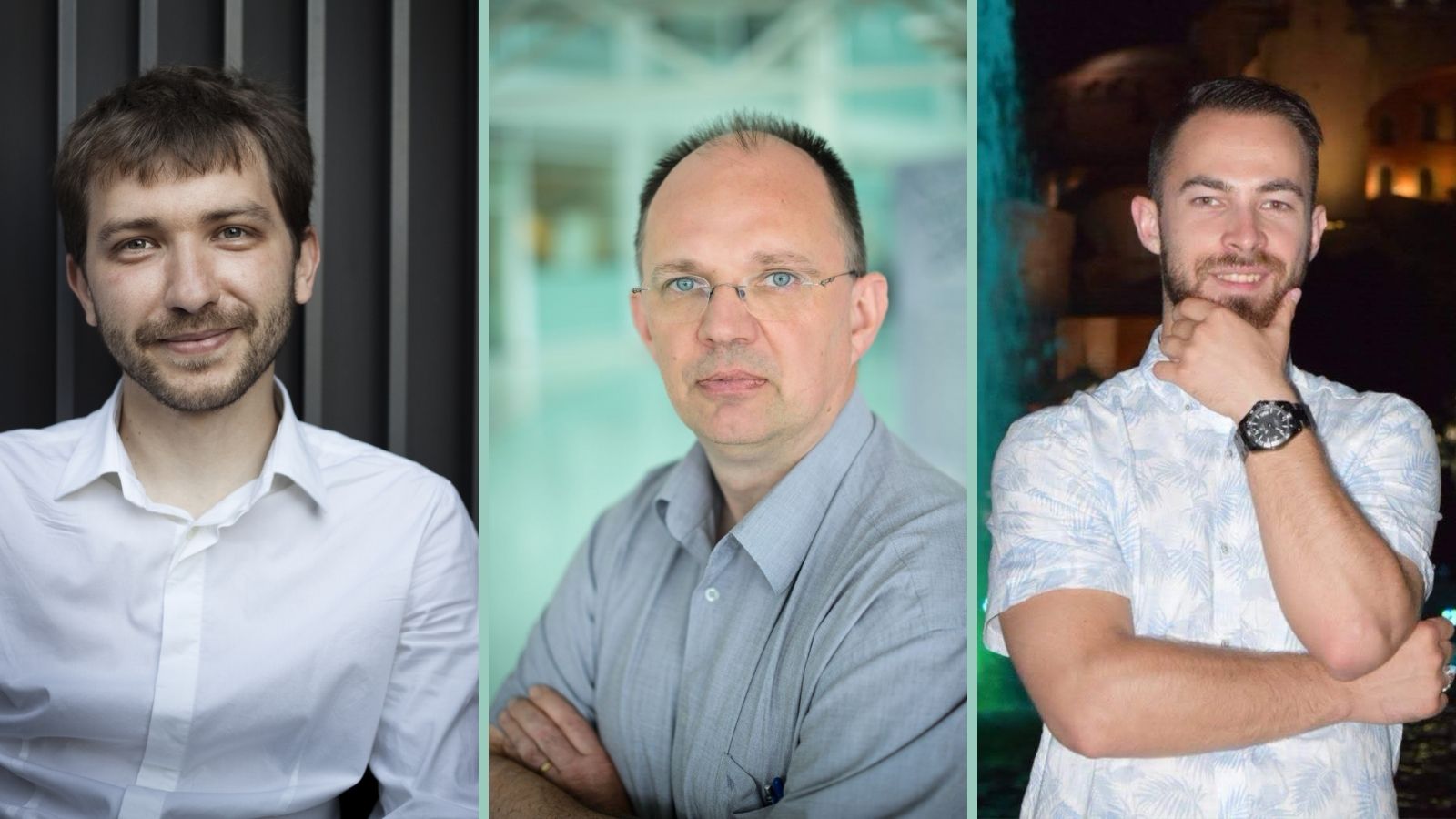 In the search for the chemical origins of life, researchers have found a possible alternative path for the emergence of the characteristic DNA pattern: According to the experiments, the characteristic DNA base pairs can be formed by dry heating, without water or other solvents. The team led by Ivan Halasz from the Rudjer Boskovic Institute and Ernest Mestrovic from the pharmaceutical company Xellia presents its observations from DESY's X-ray source PETRA III in the journal Chemical Communications.

"One of the most intriguing questions in the search for the origin of life is how the chemical selection occurred and how the first biomolecules formed," says Tomislav Stolar from the RBI Laboratory for Green Synthesis, the first author on the paper. While living cells control the production of biomolecules with their sophisticated machinery, the first molecular and supramolecular building blocks of life were likely created by pure chemistry and without enzyme catalysis. For their study, the scientists investigated the formation of nucleobase pairs that act as molecular recognition units in the Deoxyribonucleic Acid (DNA).

Our genetic code is stored in the DNA as a specific sequence spelled by the nucleobases adenine (A), cytosine (C), guanine (G) and thymine (T). The code is arranged in two long, complementary strands wound in a double-helix structure. In the strands, each nucleobase pairs with a complementary partner in the other strand: adenine with thymine and cytosine with guanine.

"Only specific pairing combinations occur in the DNA, but when nucleobases are isolated they do not like to bind to each other at all. So why did nature choose these base pairs?" says Stolar. Investigations of pairing of nucleobases surged after the discovery of the DNA double helix structure by James Watson and Francis Crick in 1953. However, it was quite surprising that there has been little success in achieving specific nucleobase pairing in conditions that could be considered as prebiotically plausible.

"We have explored a different path," reports co-author Martin Etter from DESY. "We have tried to find out whether the base pairs can be generated by mechanical energy or simply by heating." To this end, the team studied methylated nucleobases. Having a methyl group (-CH3) attached to the respective nucleobases in principle allows them to form hydrogen bonds at the Watson-Crick side of the molecule. Methylated nucleobases occur naturally in many living organisms where they fulfil a variety of biological functions.

In the lab, the scientists tried to produce nucleobase pairs by grinding. Powders of two nucleobases were loaded into a milling jar along with steel balls, which served as the grinding media, while the jars were shaken in a controlled manner. The experiment produced A:T pairs which had also been observed by other scientists before. Grinding however, could not achieve formation of G:C pairs. 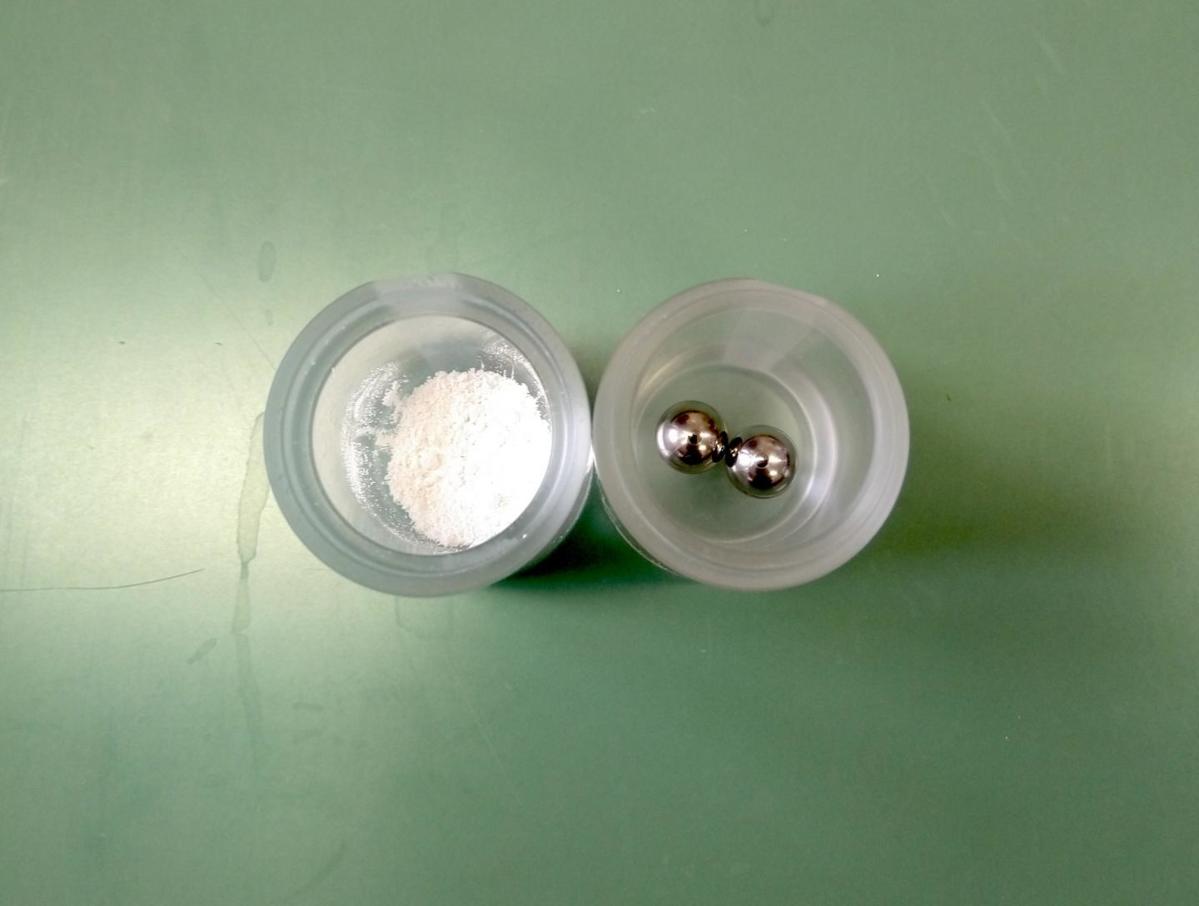 In a second step, the researchers heated the ground cytosine and guanine powders. "At about 200 degrees Celsius, we could indeed observe the formation of cytosine-guanine pairs," reports Stolar. In order to test whether the bases only form the known pairs under thermal conditions, the team repeated the experiments with mixtures of three and four nucleobases at the P02.1 measuring station of DESY's X-ray source PETRA III. Here, the detailed crystal structure of the mixtures could be monitored during heating and formation of new phases could be observed.

"At about 100 degrees Celsius, we were able to observe the formation of the adenine-thymine pairs, and at about 200 degrees Celsius the formation of Watson-Crick pairs of guanine and cytosine," says Etter, head of the measuring station. "Any other base pair did not form even when heated further until melting." This proves that the thermal reaction of nucleobase pairing has the same selectivity as in the DNA.

"Our results show a possible alternative route as to how the molecular recognition patterns that we observe in the DNA could have been formed," adds Stolar. "The conditions of the experiment are plausible for the young Earth that was a hot, seething cauldron with volcanoes, earthquakes, meteorite impacts and all sorts of other events. Our results open up many new paths in the search for the chemical origins of life", concludes Stolar.