After passing the 100 days benchmark, RBI Director General Danica Ramljak, D.V.M, Ph.D., pushes on with a challenging task ahead of her: leading the Ruđer Bošković Institute on the path of progress from a national to the European centre of scientific excellence. The first step in doing so will be an independent evaluation of the Institute by international team of experts. 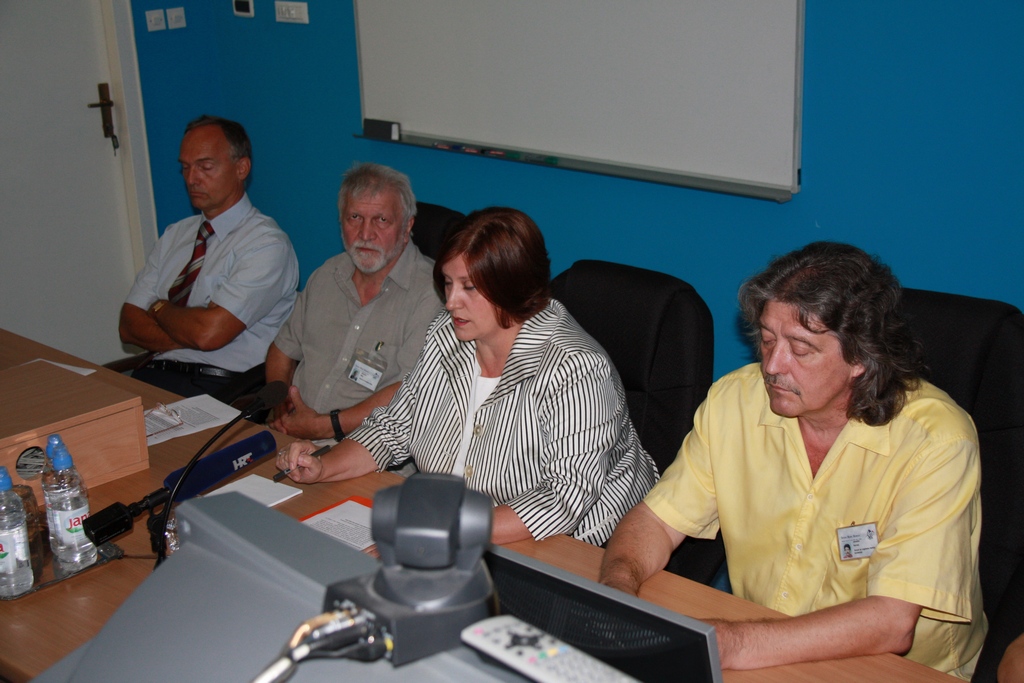 At today`s press conference RBI Director and her closest associates Nevenko Bilic, PhD, President of the RBI Scientific Council, Jaroslav Horvat, PhD, Assistant Director General for Finances, Hrvoje Zorc, PhD, Head of the Division of Laser and Atomic Research and Development and Adviser to the Director for Technology and Innovation Development, and Robert Slunjski, BSc, President of the Assistant Council, discussed current issues as well as their accomplishments and post-100 days agenda. They addressed different topics ranging from the RBI current and future scientific projects, which will take place in cooperation with the leading Croatian and international scientific institutions, as well as the planned restructuring of the RBI, innovation and patent development.

RBI Director Danica Ramljak has signalled in her first 100 days that finding alternative funding resources through establishment of the RBI foundations in the USA, Canada, Germany and Australia will be vital in ending the RBI`s complete dependence on national budget. She has also announced potential co-operation between Weizmann Institute Foundation and the RBI. With this aim, the Director and RBI team are preparing a visit to the leading scientific institutions in Israel as soon as in November this year. Also, Director Ramljak has announced launching an office in Brussels and developing a comprehensive strategy to raise the visibility of RBI in the European and global scientific and economic community.

In her strategy Director Ramljak underlined the need for a permanent campaign built on ‘smart partnerships’ to advance RBI development and sustainability. She particularly focussed on enhancing collaboration with the leading academic and scientific institutions on EU and NATO projects, especially on strengthening cooperation with the Ministry of Science, Education and Sports and the Croatian Ministry of Defence on the planned projects of strategic interest to Croatia. Director and her associates also addressed the initiatives launched at the working meetings with the leaders of the Croatian economy and the Slovenian Jozef Stefan Institute for the formation of expert teams which will work on projects of common interest. On the economic cooperation front, RBI Director has also announced the meeting with the leading Croatian and international companies for the purpose of establishing cooperation in applied projects and launching at least one company within the RBI based on the patent development.

RBI Director pointed out she will continue to pursue her strategy for tackling the status issue of the 220 young researchers at RBI, their professional training and career development. In this regard, she will actively engage in drafting the Rules of Mentoring. She has also announced that she will initiate the formation of a working group, which will focus on career development of the 'middle generation' of scientists, since there is currently no such organized forum at the RBI. Director General Danica Ramljak also addressed the common initiative by the Mayor of Zagreb and the Institute for establishing a nursery school for the children of the RBI employees. The Ruđer Bošković Institute will be the first scientific institution in Croatia to have ever launched such a project.