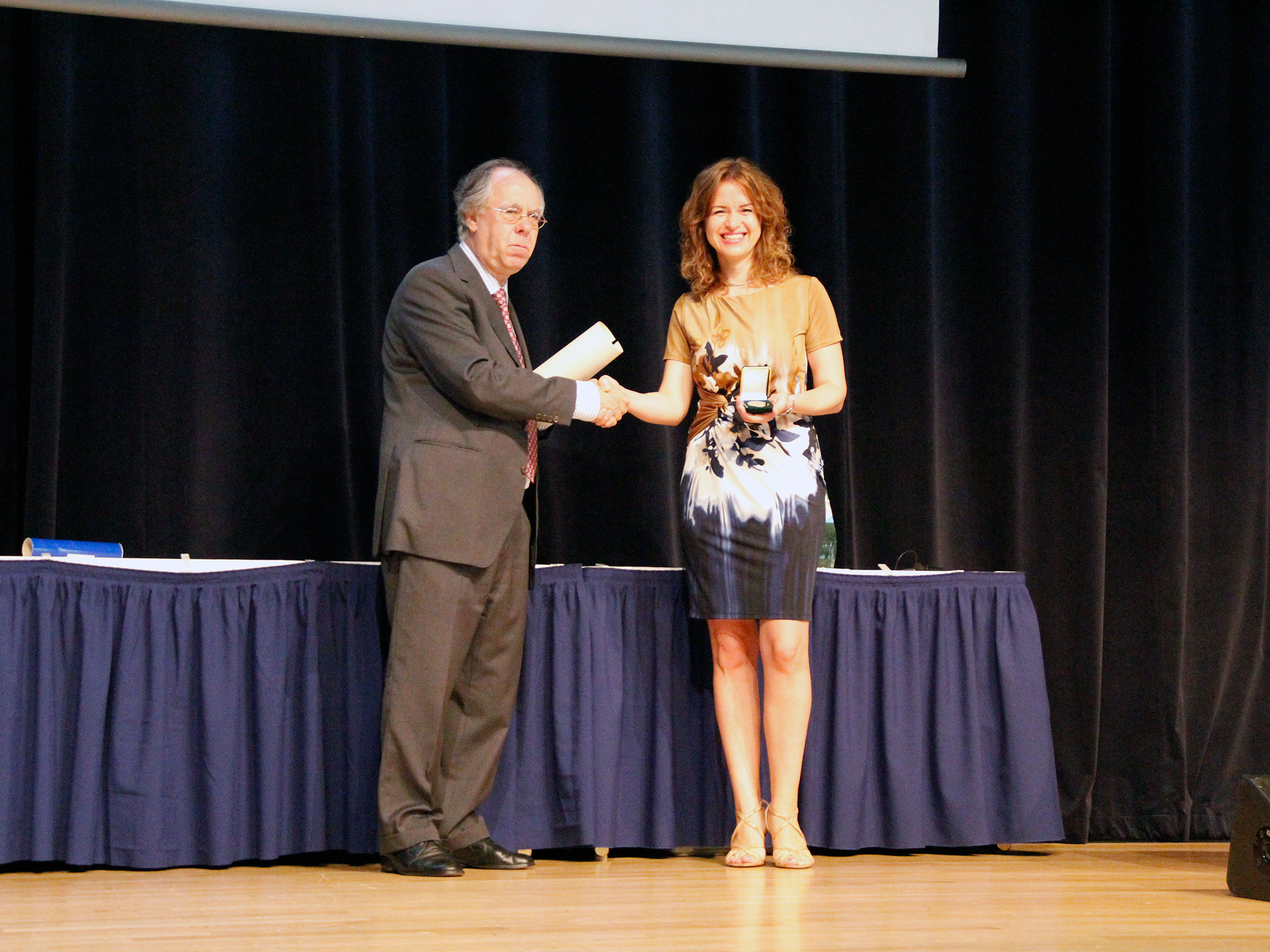 The EBSA Young Investigators’ Medal and Prize is awarded to a promising young scientist every two years as an acknowledgment for their outstanding scientific activity. This Prize has a long tradition. It was established in 2000 and was awarded six times.

The candidates are nominated by Member Societies and the winner of the Prize receives 2000 EUR and a medal, and presents a lecture at the Congress.  Ivu Tolić was nominated by the Croatian Biophysical Society.  We congratulate Iva on this prestigious prize!

The European Biophysical Societies' Association (EBSA) was formed in 1984 as a non-profit making organisation, with the objectives "to advance and disseminate knowledge of the principles, recent developments and applications of biophysics, and to foster the exchange of scientific information among European biophysicists and biophysicists in general".

It is composed of the Biophysical Societies in the European area, and is managed by an Executive Committee.